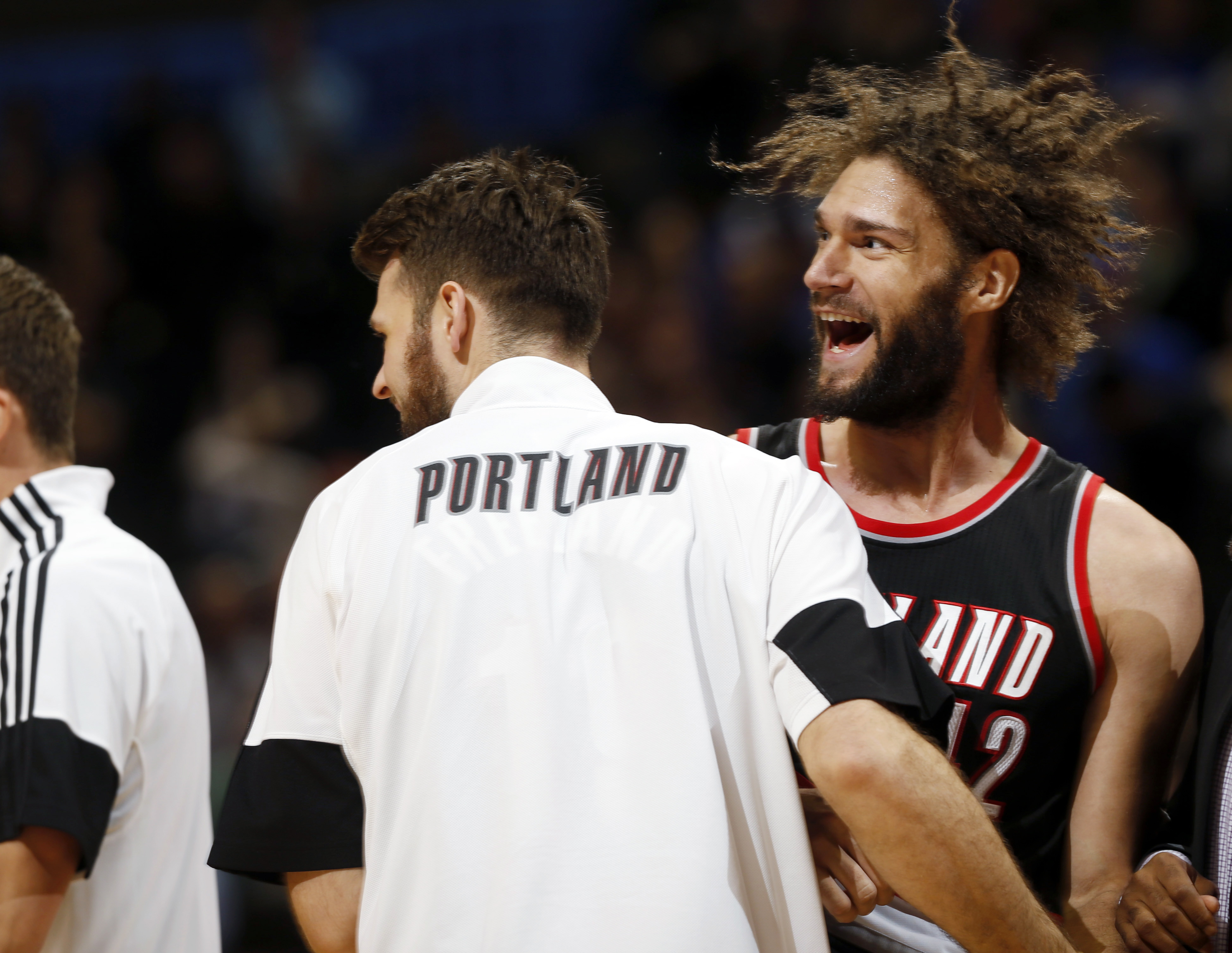 Portland Trail Blazers center Robin Lopez has never been one to back down from a fight. But especially a mascot fight.

Nobody is more feared among NBA mascots than RoLo and tonight, the Hooper provoked Lopez again.

Then after the game, Lopez decided to dish out some revenge on the Pistons’ mascot.

Last season Lopez and Hooper had altercation at around the same time.

Lopez had 11 rebounds and six points for the Blazers.

Hooper apparently had a response for Lopez after the game via TrailBlazers.com reporter Casey Holdahl.

@CHold at least @rolopez42 recognizes that I’m a macho villain!!

On and off the court, Lopez continues to be a perfect fit for the Blazers.