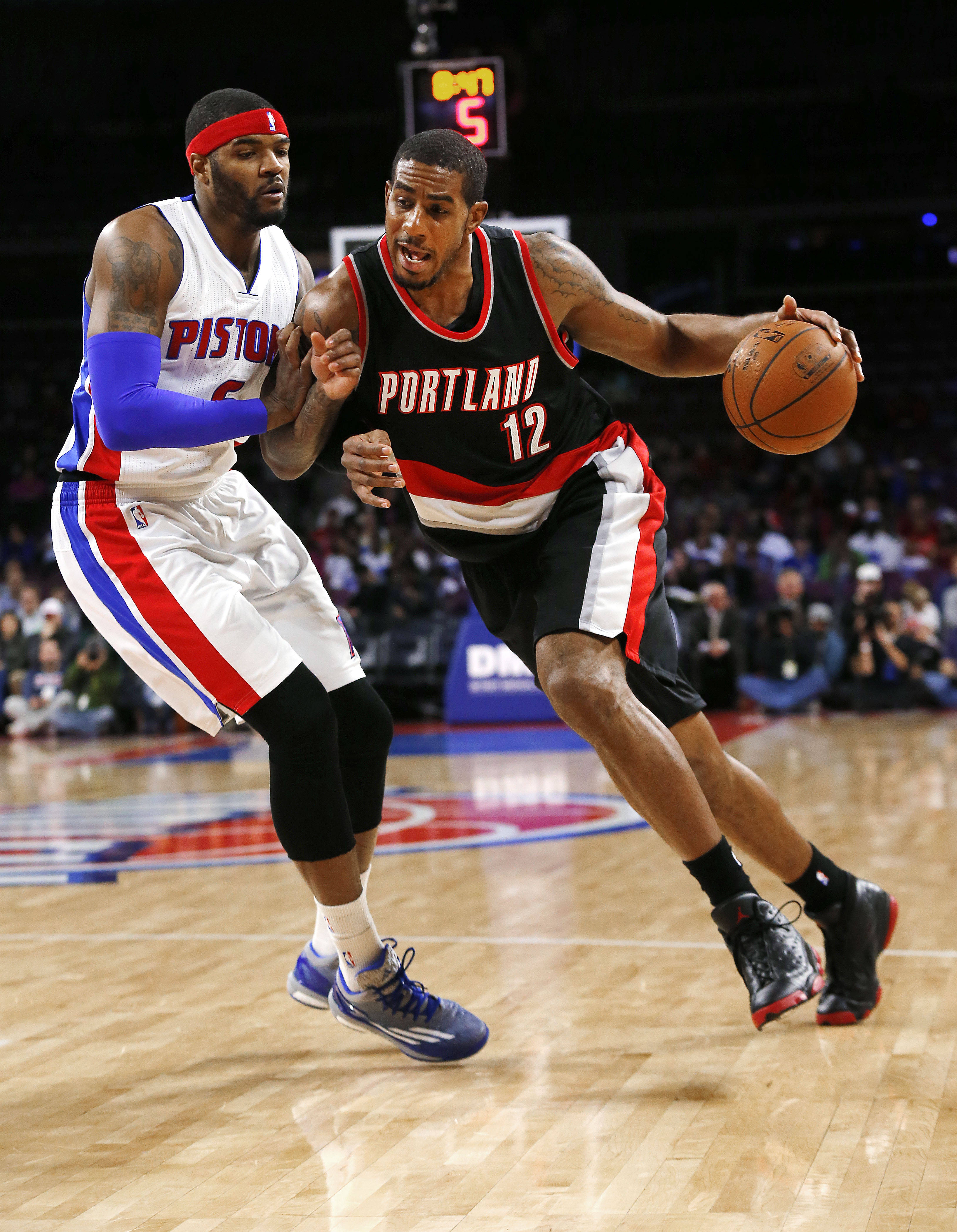 Behind LaMarcus Aldridge’s 23 points and 11 rebounds, the Portland Trail Blazers defeated the Pistons 98-86. Aldridge passed Terry Porter for second all-time on the Blazers scoring list with a step-back corner-3 at the end of the first quarter.

Aldridge bookended the game as he went dominated the fourth quarter when the Pistons bench threatened to steal the game after being down by as much as 17 points. Aldridge wasn’t very efficient for much of the night, but made shots in crunch time. Portland’s supporting cast also played a major role.

Although Aldridge continuing to move up the Blazers record books was the story of the first half, it was really the Portland bench.  Chris Kaman continued to dominate second unit frontlines and Allen Crabbe continues to do everything Portland could want off the bench. He continues to flash a more polished and controlled game off-the-dribble.

Kaman has been an efficient beast off the bench for the Blazers. He’ll shoot it when he gets it but it’s a fair trade off for Portland so far. He scored his first 12 points in less than 6 minutes of play.  Detroit’s mix of young big men who aren’t very good at protecting the rim was the perfect mix for the Blazers. They were 18-of-26 inside the restricted area.

Also, while the Blazers offense didn’t get their normal amount of 3’s up, they made enough of them so that Aldridge’s poor shooting night didn’t hurt them too much. They needed every bit of the bench contribution.

Wesley Matthews was consistent and efficient like he usually is scoring 19 points 6-of-12 from the field. He hit a big three-pointer in the fourth quarter on a beautiful pass from Nicolas Batum in the corner. Batum was active again from the 3-point line after coming alive on Sunday. He made a pair of 3’s and five rebounds.

Damian Lillard had an off night and Lopez cleaned up the glass.

But the Blazers bench wasn’t as productive in the second half. The Pistons’ unit of five bench players led by Greg Monroe, who scored 22 points, cut the Blazers lead to four points. Portland led by 17 earlier in the period.

Empty possessions and poor defense in transition got Detroit back into the game. Monroe, Caron Butler, DJ Augustin, Jonas Jerebko and Spencer Dinwiddie deserve credit for the comeback as well.

Eventually, Aldridge and the Blazers took control to close it out. The game really didn’t have much business being as close as it was but in the NBA, a game is rarely over until it’s over.