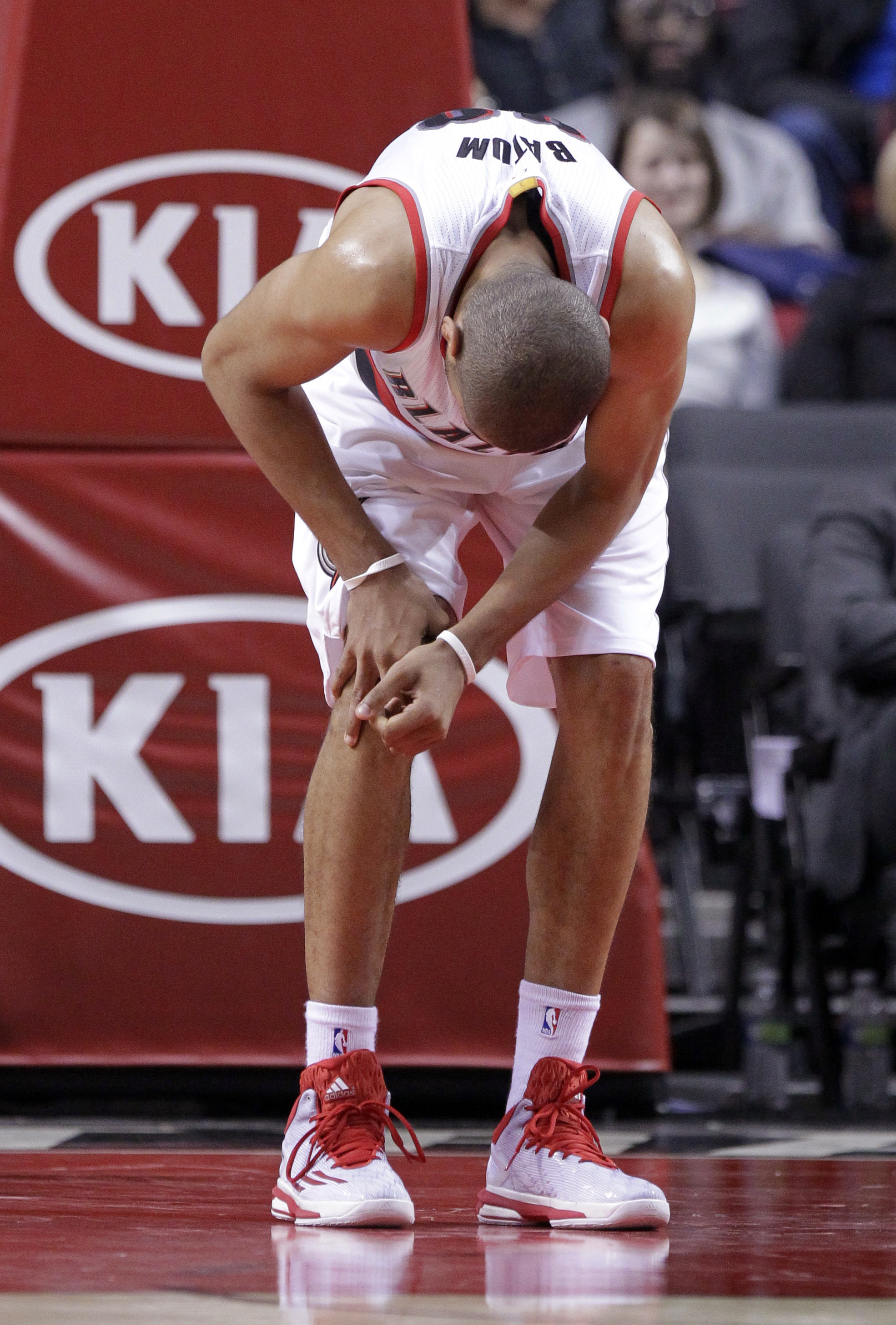 Portland Trail Blazers forward Nicolas Batum will miss the next three games for the Blazers including Tuesday’s affair against the Charlotte Hornets where Allen Crabbe was given the start.

Batum, who was diagnosed with a knee contusion, called the injury a scary moment and he and the Blazers were fearing much worse as there was some swelling in the knee.

“We thought it was going to be worse than that when that happened. The first thing the doctors saw, it was scary. It swell a little bit but I’m okay,” Batum said.

Batum still doesn’t have full mobility in the leg and admits that his right leg is still more stiff than the left one. He is targeting Monday against the Pelicans but from the looks of it and that they thought it was more severe, that’s a generous estimate.

“We got the MRI right after the game. We went upstairs and it was negative. I was still kind of scared. It still hurts, it’s pretty sore but I don’t have knee surgery.”

Batum didn’t clearly answer questions about his treatment and just said that he was going to be doing “leg treatment” and work with the trainer.

Monday against the Pelicans seems like a best-case scenario for Batum.

Batum said that he feels lucky to have not been hurt more severely.

“Yeah. We saw the video and the way I fell was pretty scary. I’m glad on that one,” he said.