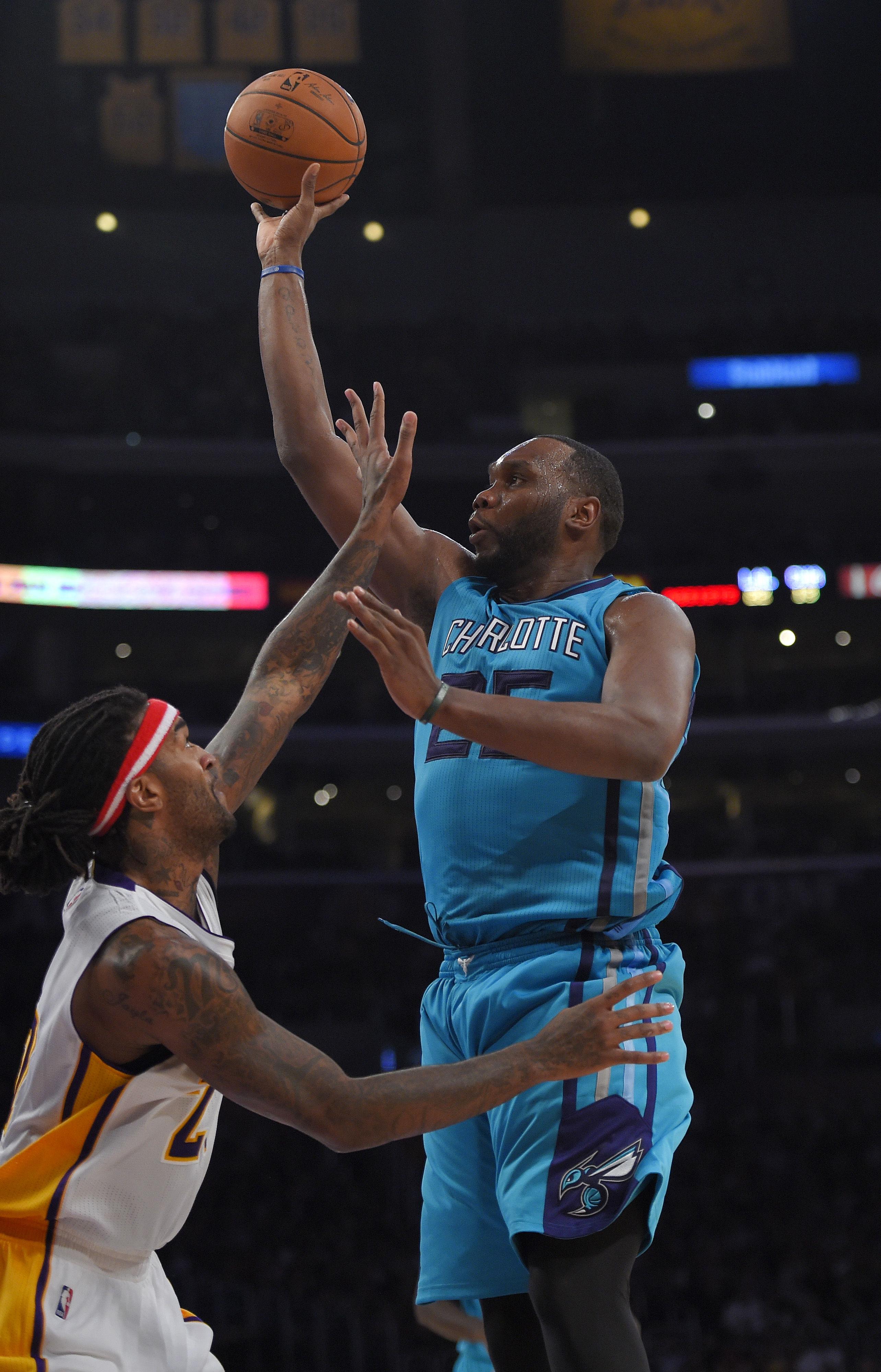 The Charlotte Hornets are back but after a bad loss to the Los Angeles Lakers and some inconsistent offense has made them stumble out of the gate. Kemba Walker had a game-winner and Lance Stephenson had one on Friday.

The Blazers will also be without one of their best defenders, Nicolas Batum whose missing Tuesday with a knee contusion.

The difference in a double team against Jefferson and say, one on Aldridge, is that the Blazers have shooters around Aldridge making it hard to do so. The Hornets shooters have been okay but guys like Lance Stephenson and back-up point guard Brian Roberts are bringing the whole team’s numbers down. Each is shooting worse than 10 percent from the field.

Stephenson has been the most peculiar case for the Hornets and it also could be that they are missing Josh McRoberts’ playmaking whose been replaced by Marvin Williams. Stephenson is shooting just 31 percent from the field and 8 percent from the three-point line. Stephenson is averaging 10 rebounds per game at the shooting guard spot but that’s not what he was brought to Charlotte to do.

Born Ready was thought to be a game-changer for the Hornets by giving them an off-the-dribble creator on the wing that they didn’t have. The East is weak and if the Hornets keep playing stingy defense, they will have a chance to make the playoffs regardless. But without Lance taking the offense up at least a few notches they won’t be much better than they were last season.

McRoberts was a sneaky good facilitator for them as a power forward, averaging over 4 assists per game. Williams has been okay shooting the ball but isn’t the type of playmaker that McRoberts is.

There was a lot of hype about Michael Kidd-Gilchrist’s improved jump shot and so far the numbers have shown improvement in the midrange. But he still has yet to attempt a three-pointer on the young season. Cody Zeller’s play has also shown improvement with an increased role, averaging 9 points and 5 rebounds off the bench in 23 minutes per game.

The talent is there but the team has been inconsistent. They are coming off a disappointing loss and should be angry. But you’d expect a more dynamic Blazers team, who are currently in the top-ten according to NBA.com in both offense (6) and defense (6) to begin the season, to take care of business.