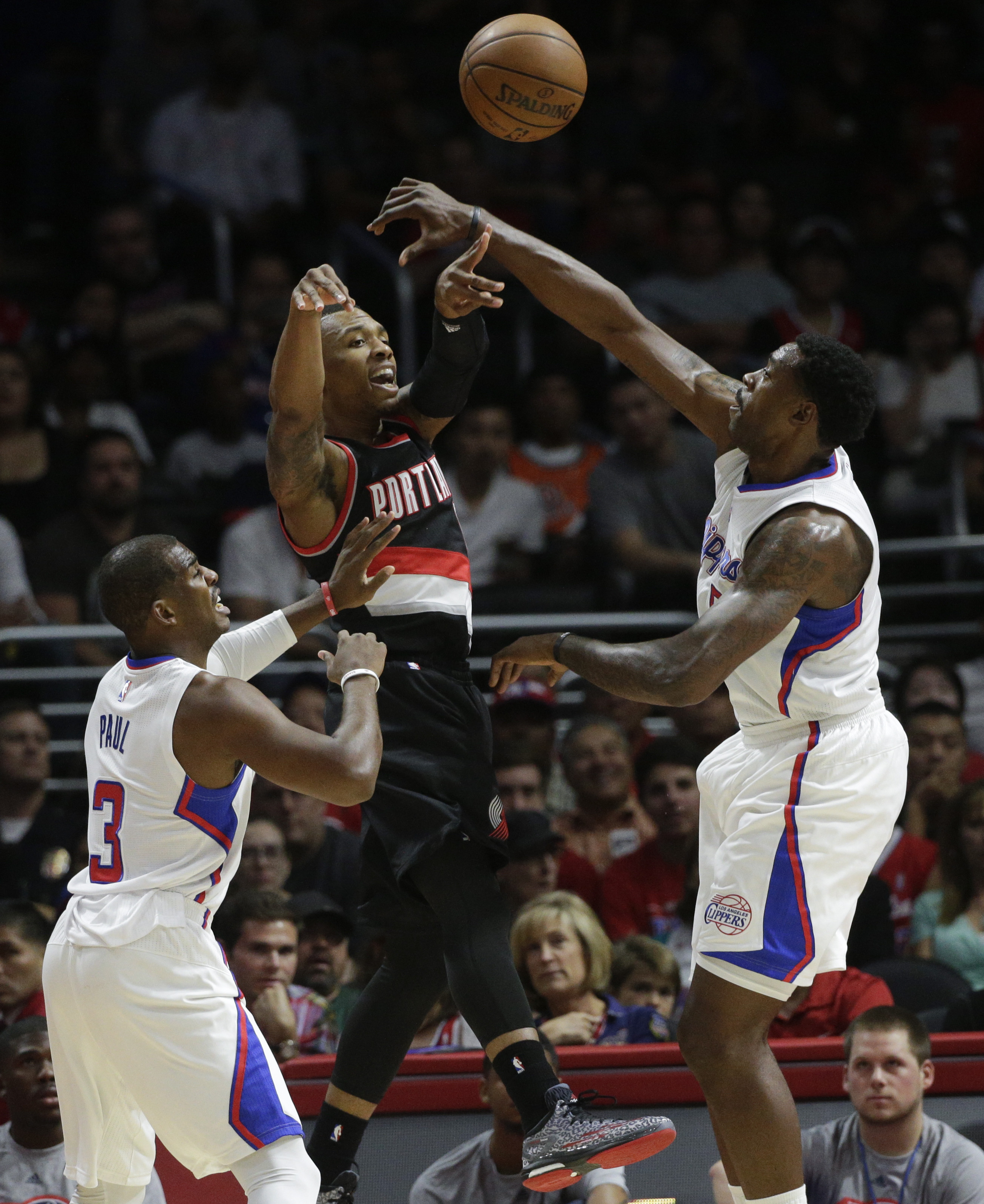 The Los Angeles Clippers played much better defense in the second half and had a great day shooting from the midrange to beat the Trail Blazers 106-102 on Saturday afternoon.

The Blazers began the game looking like world beaters. The ball was moving, they made their first six three-point attempts and making the Clippers struggling defense look like a punch-ed out prize fighter.

They got open threes, with much of their success keyed by Lopez rolling to the rim and getting high-percentage looks. It was open season for the Blazers offense in the first quarter, finishing with 38 points, their best quarter of the season. It was also the first time they led after the first period. But the Clippers were shooting nearly 70 percent and wouldn’t go away.

The Blazers also did themselves no favors committing 16 turnovers. Lillard had five of them to go along with his 25 point, 8 assists and 7 rebound outing but a couple of unexpected players like Chris Kaman, Robin Lopez and Steve Blake committed multiple.

And while Kaman scored efficiently, getting 8 points on 4/5 shooting, the Blazers bench struggled from the outside with Blake and CJ McCollum going 1-for-6 from deep.

But what will be the focus of this one will be the late fouls by the Blazers inside two minutes and a non-foul call 8 seconds left. With 1:59 left the Blazers LaMarcus Aldridge intentionally fouled DeAndre Jordan but since it was under two minutes the Clippers got one foul shot and the ball. The Blazers dodged that bullet with Lillard coming down and hitting a 3 to cut the Clippers lead to four after LA had dominated the second half.

After a missed Lillard three early in the shot clock, Aldridge had another confusing foul on Chris Paul in the backcourt with 38 seconds left and the Blazers down by 2. The bullet couldn’t be dodged with the Point God at the line, making both shots to put Portland down 4.

The Blazers cut the lead to 2 after a masterful play call out of the timeout that confused the Clippers defense. The Blazers defense forced a missed shot but then DeAndre Jordan back tapped the miss to Jamal Crawford who put the Clippers up by 4.

Here’s a screen grab of the play in question from Dane Carbaugh of the Sporting News.

The Blazers got a good look on their next possession but Matthews missed a corner 3 that could have cut the lead to one.

While there will be some hand wringing about the late-game fouling and the no-call against Jordan, the Clippers simply played better than the Blazers for much of the second half. It also helped that the Clippers shot a very above-average 49 percent on a ridiculous 41 midrange jumpers. The Blazers will take the Clippers only getting 15 shots at the rim but CP3 made them pay for their strategy in the fourth quarter.

The Blazers won’t have time to dwell on the loss with the Denver Nuggets coming to Portland on Sunday evening.