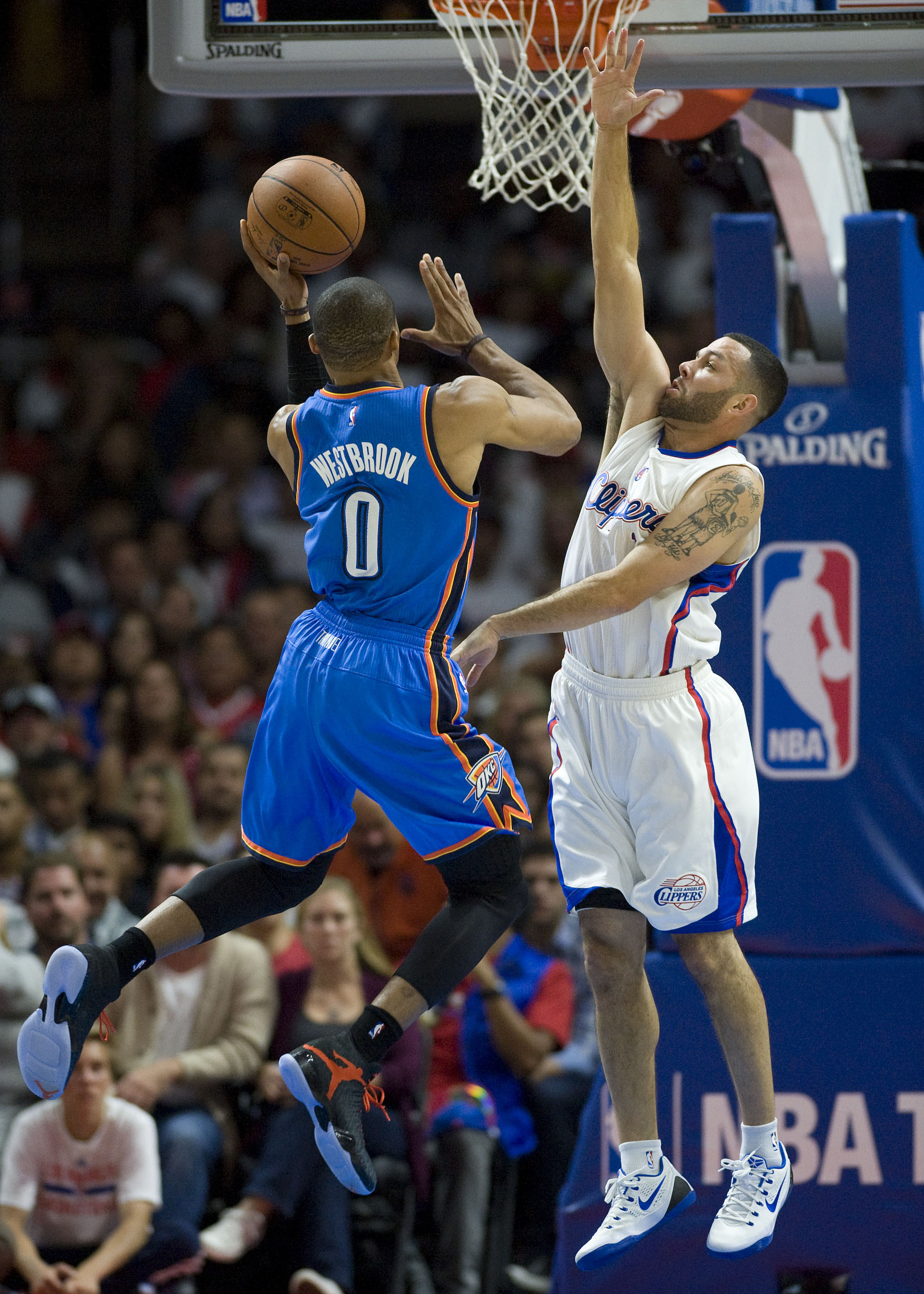 That sound you’re hearing his the door for the Portland Trail Blazers to win the Northwest division blowing wide open.

The injury bug seems like it can’t resist to keep biting Oklahoma City bodies and tonight it was their second best player and arguably the league’s best point guard in Russell Westbrook.

Westbrook left Oklahoma City’s 91-88 Thursday loss to the Clippers after the first half. Following the game, multiple outlets reported that Scott Brooks broke the news.

Westbrook’s college teammate Kevin Love broke his hand a few seasons ago but came back in just three weeks before eventually breaking it again and missing more time. It would seem that any less than a month would be a stretch to expect him back.

The Westbrook injury would appear to be a crippling blow for the Thunder who are already without 2014 MVP Kevin Durant for at least another month. Coupled with the other injuries the Thunder have, including last year’s third-leading scorer Reggie Jackson, the Thunder are reeling.

LaMarcus Aldridge was asked after opening night whether the Blazers see an opening.

As I said at the top, the door is as open as it could be for the Blazers to pick up games on Oklahoma City and the rest of their division. At this point, even though Perry Jones played a great game tonight against the Clippers, you could talk me into the Nuggets or Jazz or Timberwolves of having a better record than the Thunder by the time Durant or Westbrook come back. Maybe that’s a stretch but it’s going to be very hard for them to win. Or at least it looks that way.

Serge Ibaka, Reggie Jackson, Jeremy Lamb and company are going to have to shock the world in the next month or so. There’s a long history of NBA players coming into their own in these situations but there are just as many if not more that haven’t worked out.

This is a huge, huge loss for the Thunder and the Blazers are in the best position to take advantage.

A division title doesn’t mean anything in the grand scheme of things but the accomplishment would at least be noteworthy, especially when home court in the playoffs would almost certainly come along with it.

We’ll have a scouting report on the Blazers opponent on Friday in the Sacramento Kings.

The Oklahoma City injuries have given Portland a head start and even though they have big name teams coming up, the Blazers must take care of a home heavy schedule where they have 10 out of their next 16 at the Moda Center.

The Blazers already saw their chances increase when Durant went down but now with both he and Westbrook down.

Portland’s objective isn’t to win the division, but to play their best basketball when the playoffs come around. And you’ll be looking in the wrong place if you’re looking for statements that the division is theirs for the taking.

Still, the possibility of having home court, especially in the Western Conference where you’ll take any possible advantage you can get, I’m sure is something the Blazers would gladly welcome.