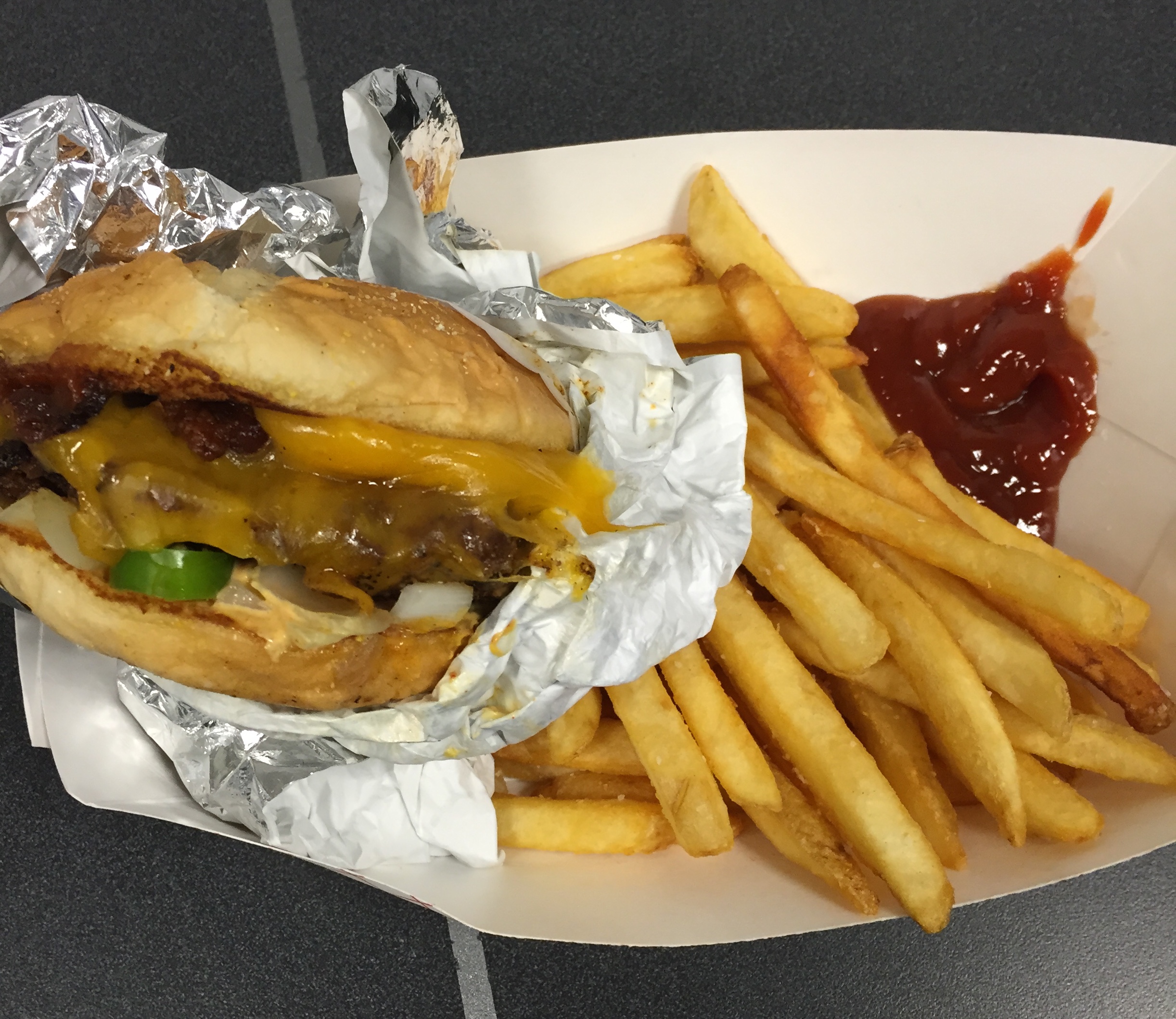 Welcome to the first regular season edition of the Moda Center Food Review. On Wednesday, we went with a classic.

It was opening night and thus, we had to return to what I feel has been the crown jewel of the Moda Center food offerings for the past years.

Killer Burger offers, at least in the eye of this humble reviewer, the best value at the Moda Center. 11.50 for a 1/3 pound burger with fires has to be the best thing.

And I’ve been saying this for the past few weeks since we started the food reviews.

It seems like people are starting to get hip to that notion and I won’t take credit. Or at least not too much.

What was amazing about this game’s trip to Killer Burger was the wait. It was amazing as far as “wow there are really a lot of people that love these burgers,” but not so amazing to have to wait for over 30 minutes in line for my beloved Blazer Burger, a Moda Center-only offering from the franchise.

The serrano peppers, the onions, bbq sauce, the house sauce, the bacon and the cheese have formed the greatest Moda Center creation this side of Portland’s starting five.

Everything about this burger is amazing and as someone who has a preference for spicy food, the Blazer burger is right up my alley.

Guest eater and friend of the blog, ESPN Insider Kevin Pelton ordered the peanut-butter burger. The peanut butter burger isn’t for me but I am a witness to Pelton’s dedication to the burger as he’s gotten it many times.

The beautiful thing about the Killer Burger menu is it can satisfy the tastes of almost anyone, except for you vegans and vegetarians out there.

(I promise to look at some alternative options as the season progresses.)

But Killer Burger once again proved that as far as the Moda Center’s food is concerned, it is bae.

And as of right now, I’m pretty certain that Killer Burger only has one location.

This has to change.

Can you imagine if someone is trying to get a Killer Burger in the playoffs and will have to just call it quits after waiting for almost an hour?

I’m not saying it was that bad tonight, but I do fear for the future of Killer Burger. But it’s that good and you’ll have to earn yours with time.

This was game one and by far the longest I had to wait for a burger. Pelton attests waits that were similar in the playoffs but this was impressive.

It is a testament to the product Killer Burger provides but it could also be a reflection of how far the separation is between them and the rest of the arena food.

It’s still the best, but you’re going to have to make a lot more effort to get it this season.

Killer Burger is a number one spot for me, but I’m curious to check out more of the options the Moda Center has to see where you can go where maybe there isn’t such a big line.