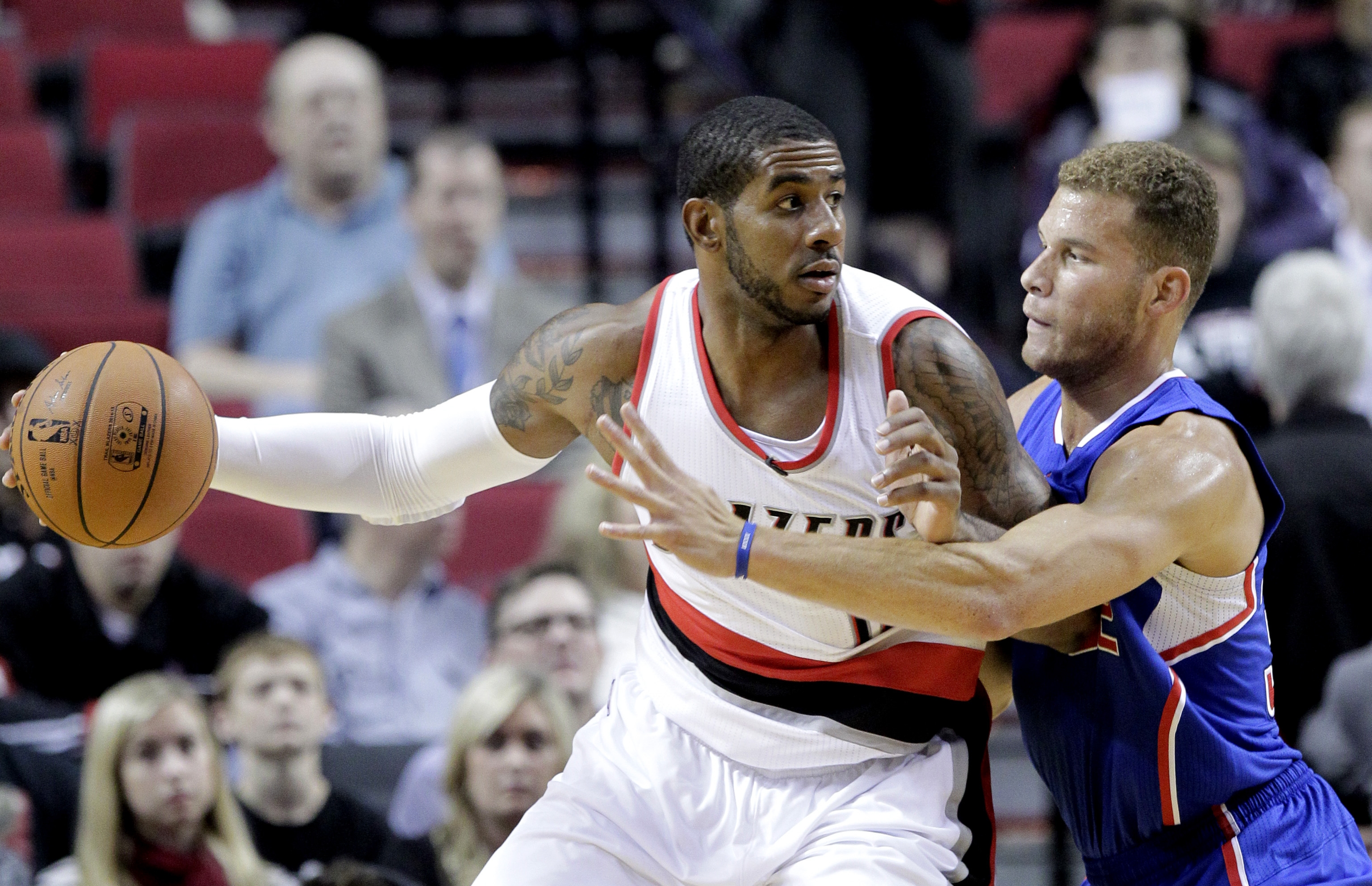 The Portland Trail Blazers left their practice facility and won’t return until the end of the week as they embark on a 3-game preseason road trip to close the exhibition season.

On Tuesday, the Blazers will be in Denver to face off against the Nuggets. Head coach Terry Stotts said that he expects to increase the starters minutes.

“I think we’ll probably extend the starters minutes a little bit,” said Stotts. “Playing at altitude tomorrow night will be a good test. We’re not really looking at a lot of new things but we’ve got the things in that we need and now it’s making sure that we’re consistent with what we need to do opening night.”

LaMarcus Aldridge likes the gradual build up of his minutes but also thinks that guys are mostly in shape.

“I’ll play more of course, that’s the rhythm I do every preseason,” Aldridge said. “I think cardio wise guys are in shape. Focus on things that i might get better in the preseason I think guys have done that. I think these last 3 games will be good for us.”

Atop the list of things to work on, as it has been all training camp, is transition defense.

“That’s our primary focus, especially Denver, especially the Clippers. We did a nice job with the Clippers our first game with them with our transition D so you know the Lakers play a little bit of a different style but against those teams transition is going to be very important,” Stotts said.

But with a game on Wednesday, Stotts says he doesn’t want to over-extend is guys in a back-to-back situation in the preseason.

Rotation questions still to be answered

The Blazers still have some spots in their rotation to sort out and there’s still no clear answer yet as they head into their last week of camp.

It’s appears pretty clear that two of those rotation spots will belong to veterans Steve Blake and Chris Kaman. But anywhere from 2-3 spots are still up for grabs going into the final stretch of the preseason.

“I don’t know, we’ll see. I’m not really committed to anything right now for the next 3 games I think you’ll still see different line-ups out there and different guys getting an opportunity to play.”

There are many different directions Stotts can go with the next few spots, likely be another big man and a playmaker on the wing next to Steve Blake.

CJ McCollum and Will Barton have been in a tight battle all camp for a spot in the rotation. Thomas Robinson, Joel Freeland, Meyers Leonard as well as Dorell Wright have a shot to get in as Aldridge’s back-up.

Stotts told The Oregonian’s Mike Tokito that after the trip it will be time to make decisions.

TrailBlazers.com reporter Casey Holdahl reported yesterday that LaMarcus Aldridge made a decision to sign with Brand Jordan after spending the first 8 years of his pro career with Nike.

Aldridge spoke about that decision at today’s practice.

“I mean it was just a good opportunity. Jordan Brand reached out that they were interested so it went through the process of talking to Nike and seeing what was the best opportunity for me. They agreed that if I wanted to go I could go, I’m happy to be there,” Aldridge said.