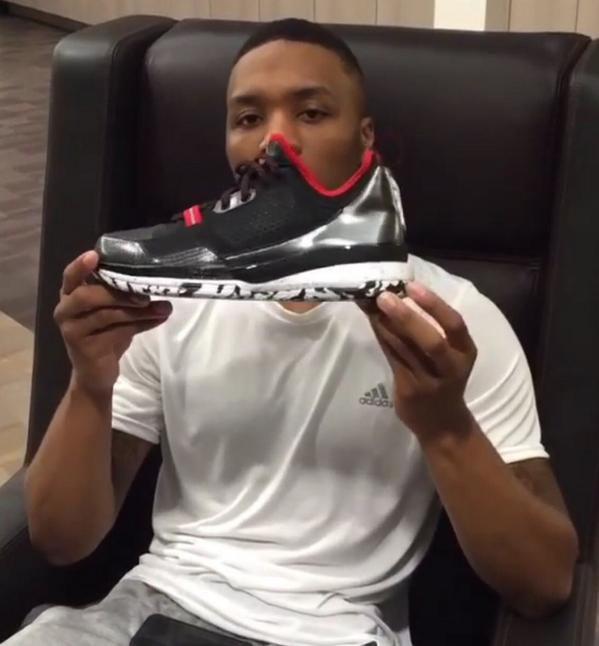 Lillard made the announcement in fitting fashion, via a rap for his 4 Bar Friday weekly rap competition.

According to TrailBlazers.com reporter and resident sneaker expert Casey Holdahl, each color way of Dame’s new shoe will have a different four bar friday verse.

The shoes won’t hit the market until 2015. Lillard also tweeted out this view of the shoes which gives you a better look at Lillard’s new logo. Lillard will be making his return to the court for the Blazers tonight when they take on Maccabi Haifa at the Moda Center.