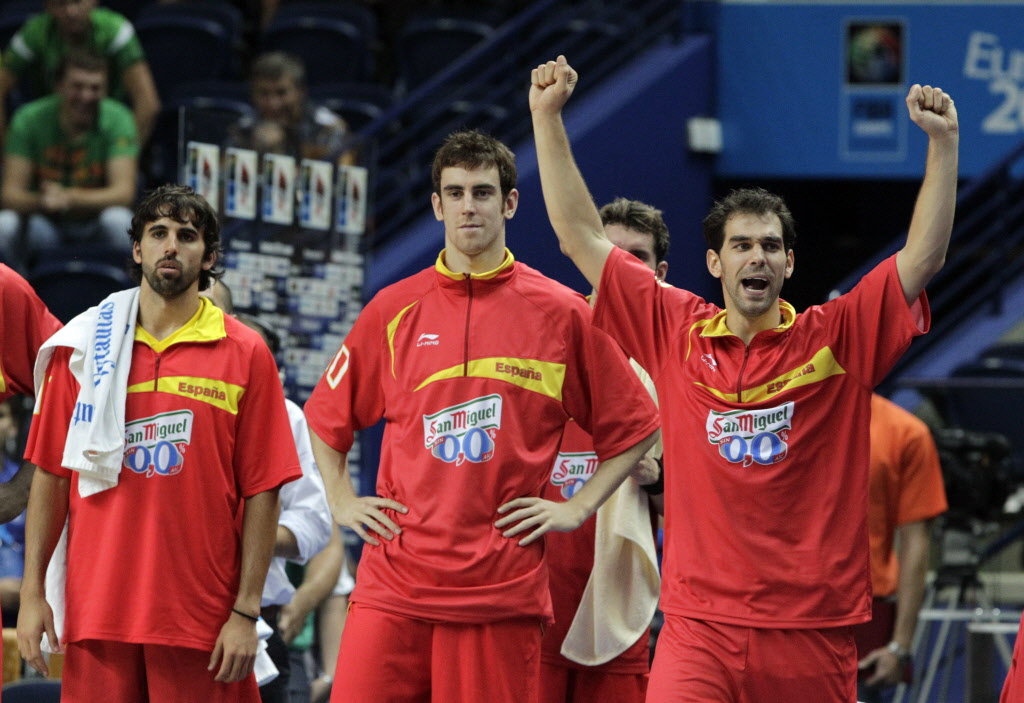 With three dominating performances to begin the tournament, Spain is announcing themselves as a very real threat to Team USA for the gold at the FIBA World Cup.

Pau Gasol has looked like his younger self to start the tournament and Monday was no different as he finished with 26 points, 9 rebounds and 3 blocks including one very impressive one on Nene in the first half.

The Spanish team had dismantled their previous two opponents, Iran and Egypt, with ease. But Brazil presented NBA level front court players and a very good backcourt. However, none of this seemed to matter as the Spain buzzsaw continues to go.

Their line-ups and spacing forced Brazil’s big men to cover out on the perimeter, creating lanes to drive and also leading to lots of open threes. Pau also had a lot to do with helping space the floor, going 3/5 from three, with all three of this threes coming in a stretch where he scored 11 points in four consecutive possessions.

Serge Ibaka also played a major part in the win along with Marc Gasol. Ibaka brought athleticism and a good jumper and against Brazil the three bigs complimented each other well.

Also, Spain’s guard play was far superior. Their depth in the backcourt is matched only by the United States.

As for Claver, he only played 1:17. This looks like it will be his role on the national team moving forward provided all of their big men stay healthy. But, perhaps against a smaller France squad on Wednesday, we could see him get some action.

Spain plays France on Wednesday at 1PM on WatchESPN. Team USA plays New Zealand at 8:30 AM on ESPN2 and WatchESPN.