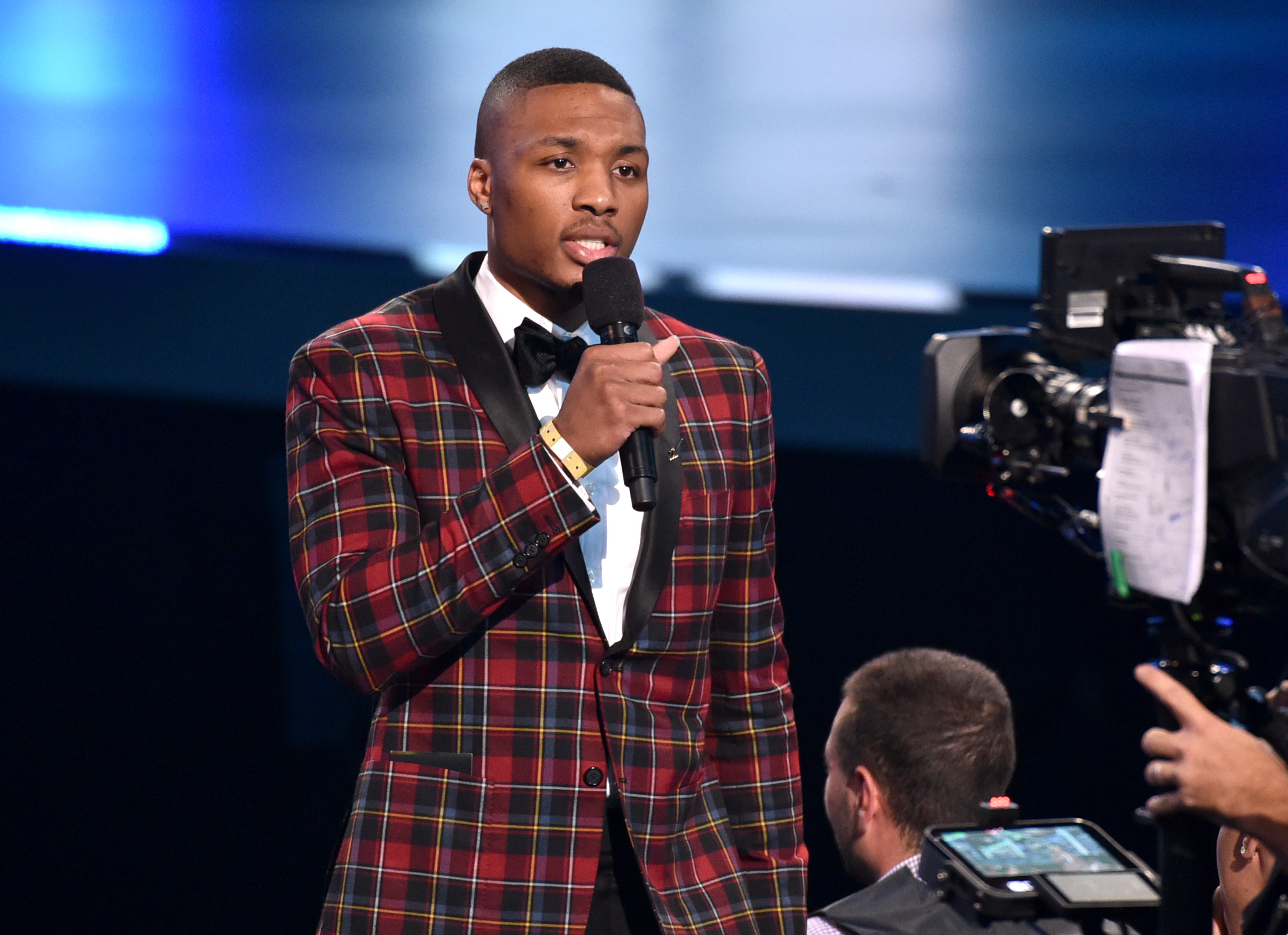 The week continues! I’m sure many of you can’t wait to get around this Thursday and on to what should be a beautiful Friday.

And, of course, Dame Week (that’s what we are calling it) continues. Lillard’s training camp continues and according to reports and Instagram video, he had his best day of camp yet.

Casey Holdahl of TrailBlazers.com had Lillard’s comments transcribed from yesterday.

Day 3, you’re probably getting into the swing of things. How do you feel you’ve done so far? How have you grown or improved in the first couple of day?

I think I’ve played better each day. The first day was kind of just a break-in day. We broke ourselves into just being here. The second day was better, I actually scored the ball better on the second day. That was a day that I decided I was going to pick up full court and try to just be a defender, you know what I mean? Just be that for the day. And today was another step up. I thought I played better. Today was my best day, scoring-wise, defensively. I think I’ve gotten better each day.

On his big step-back:

You were laughing a bit after hitting that shot over Bradley Beal.

I started laughing because they knew I was going to do a step-back. So I did a step-back and I made it. And (Kevin Durant) said: “I knew that was coming.” And I said, “I knew you knew it was coming. (Beal) knew it too.”  That doesn’t make it any easier to stop it.

Holdahl also has some candid comments from Lillard about adjusting to the business of basketball and seeing people who he has befriended go away.

Also, now it appears is the time to start speculating about who will make the roster after USA Basketball head honcho Jerry Colangelo’s comments regarding how many “true point guards” the team would take.

As Colangelo detailed in an interview with USA TODAY Sports, the most likely plan would be to have two pure point guards and three shooting guards who also have the ability to play the other wing positions. If that tentative plan holds true, then – per Colangelo’s descriptions of the roster that he’ll form with coach Mike Krzyzewski and his staff – it appears that Wall or Irving are likely to be on the outside looking in.

“It’s hard to create more than two pure points (on the roster),” Colangelo said. “Kyrie is a pure point. John Wall is a point. Derrick is a point. Curry can play point, but he’s a two (shooting guard). Harden is a two-three (shooting guard-small forward). Damian is a tweener also – he goes both ways.

Rose, who has played 10 games in the past two seasons because of ACL and meniscus tears in his knees, has looked like his former MVP self thus far and is looking very much like a lock.

Chris Haynes of CSNNW.com writes that the roster structure should bode well for Lillard considering his ability and experience sliding off the ball.

That’s good news for Lillard because Derrick Rose and Kyrie Irving are virtual locks to make the squad as the team’s two true point guards. John Wall, the other true point guard according to Colangelo, sounds as if he’ll be the odd man out. When it comes to Lillard, he says he’s willing to do and play whatever role is needed.

“I think the fact that I can play both positions helps me,” Lillard said. “It’s that type of versatility that’s going to help me. I’m comfortable in either role. It really doesn’t matter. I can get the job done.”

Ben Golliver of SI.com has Lillard making his final roster, taking the 12th and final spot.

The 12th and final roster spot offers plenty of interesting options: Blazers guard Damian Lillard, Wizards guard John Wall, Pistons center Andre Drummond, Hawks forward Paul Millsap and Wizards guard Bradley Beal are among the candidates. Given that Cousins, Korver and Faried are filling the complementary roles laid out by Colangelo, Lillard seems like a solid pick as one of the top nine core players. Like Irving, he’s equally capable of playing on or off the ball and he’s a strong outside shooter.

Joe Freeman of The Oregonian also spoke to Colangelo and reports that he has not “closed the door” on LaMarcus Aldridge joining the squad for 2016.

Jerry Colangelo, the managing director for USA Basketball, said that while he was “disappointed” with Aldridge’s last-second withdrawal from this week’s USA Basketball training camp, he has learned never to eliminate talent until he absolutely has to.

“I’ve just kind of put that on the shelf,” Colangelo told The Oregonian on Wednesday, regarding Aldridge’s USA status. “It was disappointing in the sense that it wasn’t the first time, as you well know. But I never close the book or close the door on anyone. It’s foolish to do that.”

Robin Lopez is in Russia on some sort of trip with the NBA. But in true RoLo fashion he brought a little humor to twitter this morning.