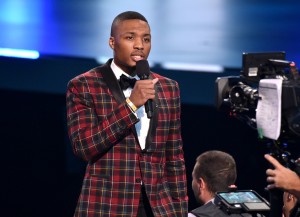 Damian Lillard performs on stage at the ESPY Awards at the Nokia Theatre on Wednesday, July 16, 2014, in Los Angeles. (Photo by John Shearer/Invision/AP)