A Closer Look At The Signing Of Chris Kaman 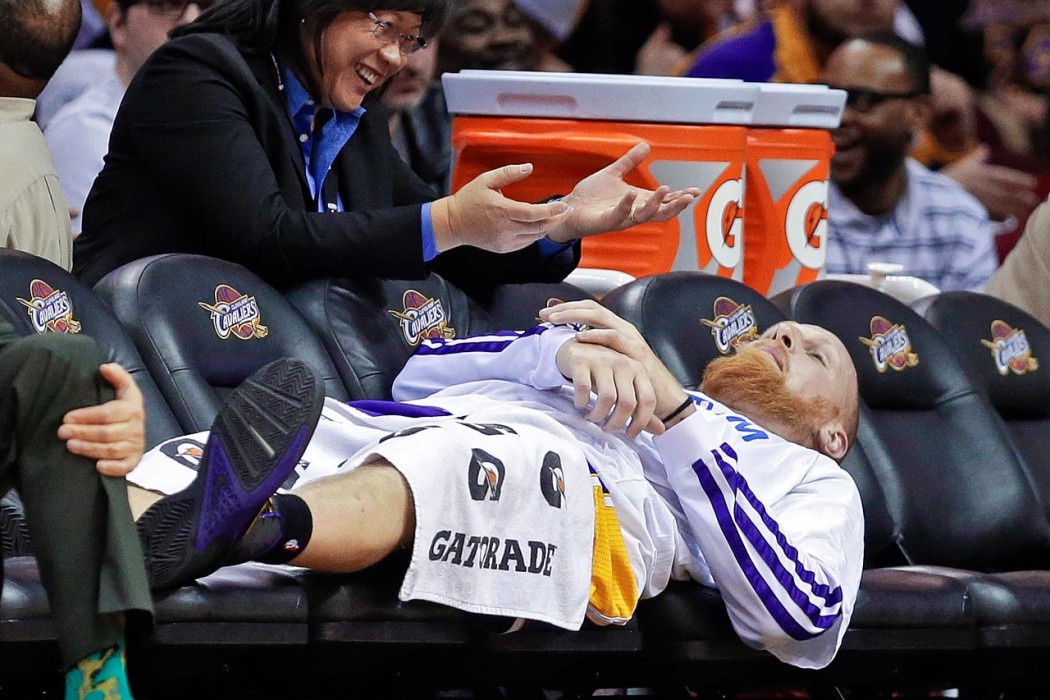 Chris Kaman has an impeccable beard. He was an All-Star. He also took a nap during a game that may have been the defining moment for the comically bad 2013-14 Los Angeles Lakers campaign.

And last week, the Trail Blazers agreed to terms with Kaman on a deal that would use the full midlevel exception for two years. Yahoo! Sports was the first to report the signing and terms of the deal.

The signing, to at least some, came as a surprise because the Blazers were reportedly looking for a shooting big man as a top priority. As we’ve seen the market develop ever so slowly, it appears that the Spencer Hawes’ and Channing Frye’s of the world were out of Portland’s price range.

So who is Chris Kaman and what can he do for the Blazers? In short, he can can get buckets. The Blazers bench was still by far the lowest-scoring in the league for the second season in a row. He averaged over 10 points per game last season on better than 50 percent shooting, similar to his performance for the Mavericks two seasons ago.

The biggest concern regarding Kaman is his durability, playing only 39 games last season after playing 66 for Dallas the year before.

And now you may be asking yourself, what about the defense? Wasn’t that what the Blazers need to improve? Of course the defense has room to improve but the Blazers offense that had a brief run as the NBA’s best finished 6th according to NBA.com.

While there is no doubt the defense can improve from being 16th overall, the Blazers potent offense still had major offensive issues. Those offensive issues start with their bench.

In the right match-up, Kaman can still score in the post but where he projects to be the most useful for Portland is in the midrange. He’s taken a total of 10 three-pointers in the past six seasons but he helps give the Blazers offensive support where they are lacking. I’m not Grantland’s Kirk Goldberry or a type of geographer but by looking at NBA.com’s data, we can see where Kaman may help the Blazers offensively. They were in the bottom-seven in the league in attempts at the rim as well as the painted area around the basket. He should help beef up both areas.

The painted area outside of the area around the rim is a low-efficiency zone, but the Blazers almost completely avoided that area altogether. With the way they’ve used LaMarcus Aldridge’s midrange prowess to their own advantage, it appears that they are hoping for the same with Kaman to help them score.

Whenever LaMarcus Aldridge or Robin Lopez sat last season, the Blazers were outscored by their opponents according to NBA.com. Nobody will tout Kaman as a defensive stopper and it’s tough to glean things from on-court/off-court splits (that paint a prettier picture defensively about Kaman than many would assume, as the Lakers defended better than league average with him on the court) due to his limited playing time and the altogether ragged nature of last year’s Lakers.

What we do know is that the Blazers can use Kaman as a weapon in the pick and roll. Kaman is a proven shooter from 12-15 feet and is much better than any of Portland’s reserve bigs in that capacity. Kaman’s 2013-14 shot chart is below. What’s more, Kaman basically played for the same offense in Dallas. During that time in Dallas he was one of the best pick and roll “roll men” in terms of points per possession (PPP) according to Synergy Sports Technology, ranking in the 89th percentile. He rated average last season with the Lakers but still had a higher PPP as a roll man than anybody on the current Blazers roster other than Robin Lopez, who was the best in the league according to Synergy.

Here’s Kaman working out of HORNS.

And then here is Kaman floating to an open jumper after the Mavericks run through their hand-off series, identical to a set the Blazers often run.

Kaman projects to be useful for Portland’s offense in this capacity and the best-case scenario for the Blazers is he finds a similar comfort level in Portland as he did with Dallas. The worst-case scenario is that his health continues to be an issue with him getting on the court.

Defensively and health-wise are where the biggest questions lie regarding Kaman and those won’t be answered until the season comes. But one thing’s for certain, he can get buckets. And if Portland shoots the three like they did last year, there should be ample room for him to work in the pick and roll.