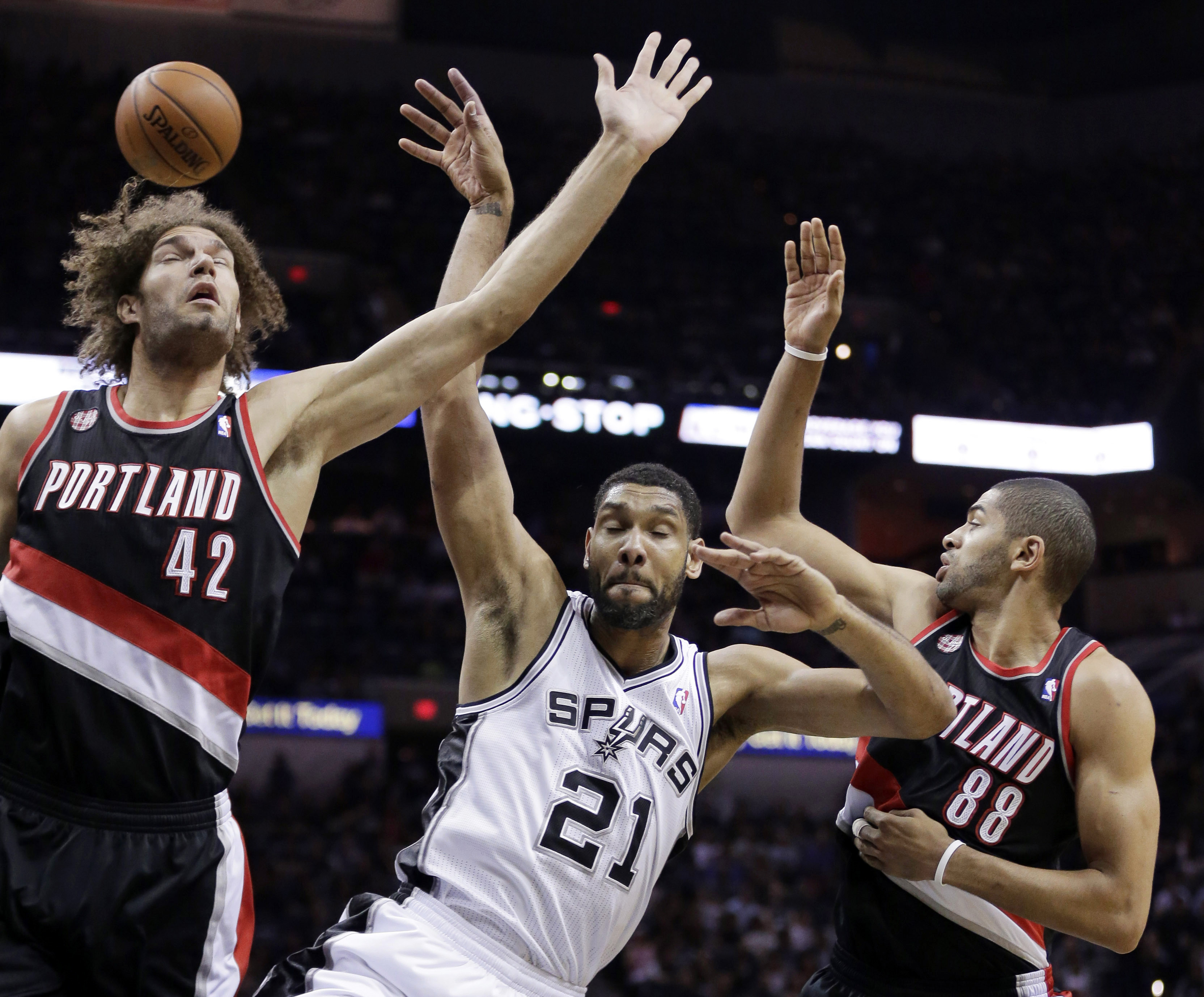 First of all, yes, that picture is amazing.

And in a few hours we will have Game 2 of the Spurs-Blazers series where Portland will have a chance to find their footing in this series. The Spurs beat them by 24 and here’s a collection of what the internet has to say about the Blazers and Spurs heading into Game 2.

John Canzano wrote in a column for The Oregonian that the Blazers heavy respect for the Spurs may be holding them back.

More importantly, the Blazers played as if they wished them dead. And therein lies a key problem for Portland today, because they openly and obviously like and respect the Spurs. So much so that this series doesn’t feel personal at all.

The Blazers respect and admiration for the Spurs is definitely real and I’ve written about it before. Canzano has some good quotes from Lillard about the attitude the Blazers need to have.

You want to encourage Tony Parker to shoot mid-range shots on the pick-and-rolls?

Nicolas Batum: “We’re not the favorites — nobody thinks we’re going to win — so we’ve got to play like it and go out, be more angry. We were pissed off against Houston. We were madder than then. It’s got to be the same mentality against the Spurs now.”

Joe Freeman of The Oregonian writes that Damian Lillard was hard on himself for the defense on Tony Parker and that he wants to redeem himself.

Even though he looked like someone who had been conquered, he talked like a man ready for redemption.

“I just have to fight harder,” he said.

“I take responsibility,” he concluded.

Ian Levy wrote about the difference the Blazers are facing after going against the Rockets defense compared to the Spurs defense for ESPN’s FiveThrityEight.com:

According to NBA.com’sSportVU Player Tracking Box Scores, 76 percent of the Trail Blazers’ shot attempts in Game 1 were contested. (Contested shots, according to the stat-keepers, are defined as shots that have a defender within 4 feet of the shooter.) In their series against the Rockets, only 49 percent of the Blazers’ total shot attempts were contested. The chart to the left shows the percentage of Portland’s shots that were uncontested in each of their individual playoff games this season.

There’s a chart there that is helpful but Levy admits that it’s still iffy to tell if that one game wasn’t just a normal blip on the radar due to the data available for public consumption.

Bradford Doolittle wrote about possible Cinderella’s in the NBA playoffs for ESPN Insider. Doolittle writes the Blazers aren’t a traditional Cinderella since they had 54 wins but that they have a much better shot a deep run than other underdog teams like the Wizards and Nets.

History is a heck of a lot more kind to the Trail Blazers, despite Tuesday night’s 116-92 drubbing at the hands of the San Antonio Spurs. Given that Portland won 54 regular-season games compared to Brooklyn and Washington’s 44, that shouldn’t be a surprise. Of the Blazers’ top 100 comps, 22 made it as far as the conference finals. Ten of them went on to the Finals, and five of them won an NBA crown. The most similar of the champs was the 2001 Los Angeles Lakers, who were the 12th-most similar team overall to this year’s Blazers.

The infrequency of party-crashers to the conference finals and beyond means that when it happens, it’s probably as likely to be random event as it is the product of a singular statistical profile. But if you believe in historical indicators as portents, then you have to be excited about the Blazers, and cautiously optimistic about the Wizards. As for the Nets, their fans can take solace in this: If Brooklyn upsets the Heat, they really will be the NBA’s version of Cinderella.