Blazers, Portland City Commissioner Seeking To Rename Rose Quarter Street After Jack Ramsay And Release Other Plans To Honor Him 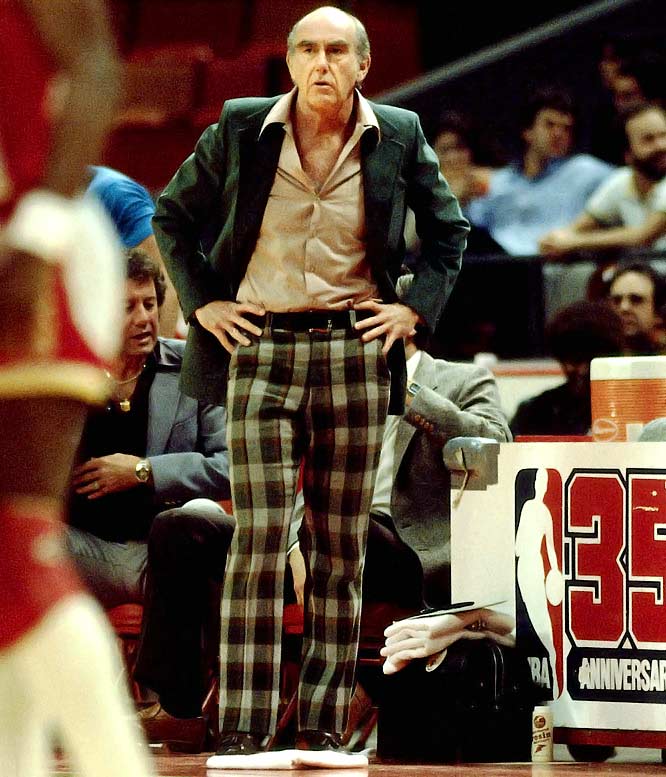 The basketball world and the Portland Trail Blazers have showed an outpouring of support and admiration for Hall of Fame coach Jack Ramsay who led the Blazers to a title in 1977.

The Blazers and Portland City Commissioner Steve Novick will seek to rename “Winning Way” at the Rose Quarter to “Ramsay Way,” as a full time tribute to him.

From the team release

As a permanent salute to the memory of legendary Portland Trail Blazers Coach Dr. Jack Ramsay, the Trail Blazers and City of Portland Commissioner Steve Novick are partnering in a resolution to rename a street in the Rose Quarter in Ramsay’s honor.  North Winning Way, a feeder street just north of the Moda Center and Veterans Memorial Coliseum, would be renamed “Ramsay Way” in honor of Ramsay, who passed away earlier this week at age 89.  Commissioner Novick plans to introduce the resolution at the next Portland City Council meeting on Wednesday, May 7.

In addition to the news about the street, the Blazers also released the details of their plans to honor Dr. Jack during Friday’s Game 6 against the Rockets.

Wearing a commemorative plaid “Dr. Jack 77” patch on their uniforms in honor of Ramsay for the remainder of the NBA Playoffs, the Trail Blazers resume their Western Conference opening series versus the Houston Rockets with Game 6 tomorrow night at the Moda Center. Fans will be asked to observe a traditional moment of silence in recognition of Ramsay during pregame activities; followed later during a timeout by a heart-felt video montage of Ramsay’s career highlights.  Also tomorrow, and throughout all remaining home playoff games, an arena spotlight will shine toward the Moda Center rafters on the Number 77 Trail Blazers jersey retired there in Ramsay’s honor in 1993.

Other activities planned to honor Ramsay include:

To recap, the Blazers will be wearing the Dr. Jack patches throughout the playoffs and they will also be shining a spotlight on the retired number 77 Ramsay number in the rafters at the Moda Center.

They will be having a moment of silence for Dr. Jack prior to Game 6 and also show a video montage during one of the timeouts.

They will also have more lasting tributes to Ramsay with the “Spirit of Rip City Award” and the likely renaming of the street outside the arena.