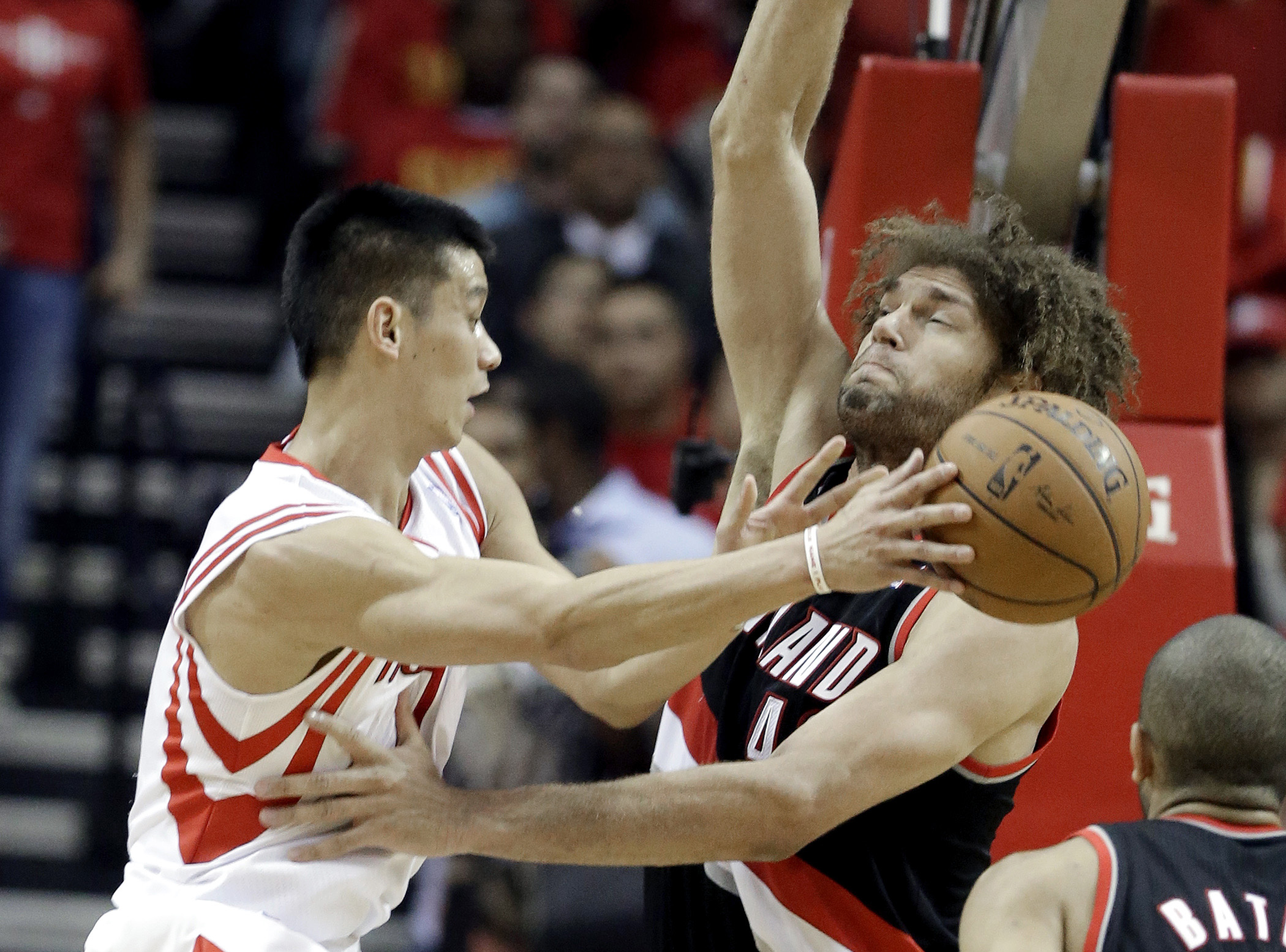 It was almost the final story to an epic series for the Portland Trail Blazers but their moment of glory will have to wait at least two more nights.

All you really need to know is that the Blazers went 1/12 in the last 5:30 of the game in a series that has consistently been decided in the last few minutes or as was the case in the three out of the first four games, overtime.

The Blazers made some mistakes down the stretch and MVP of the Playoffs LaMarcus Aldridge went 3-for-12 from the field, including 1-7 from the midrange. It didn’t help Aldridge’s cause that he got in early foul trouble in the first quarter and he didn’t play his normal minutes and forced Terry Stotts to change his rotations.

Damian Lillard was excellent from the get go as he was locked in, attacking the glass and trying to get others involved. He scored 18 points, had 6 rebounds and 4 assists at halftime and helped the Blazers claw back to within eight points after being down by as much as 17.

Patrick Beverley was visibly ill and was reportedly dealing with a fever and only played 21 minutes. Lin played 30 and was attacking the basket, which is his best offensive skill. Lin was hitting some tough shots but was very efficient, going 9-for-15 and getting five shots at the basket.

He finished with 21 points, 4 assists and 3 rebounds, providing a major boost off the bench.

Chandler Parsons had another good first half as well but the Blazers came back.

Wesley Matthews scored 18 points in the third quarter and he finished with 27 on the night and he went 5-of-9 from three. He was open and was capitalizing off of good Portland ball movement.

But while Lin gave the Rockets a major boost off the bench, the Blazers bench disappeared after a couple of big performances.

Mo Williams was 2-for-7 with 4 points and Dorell Wright scored 1 points, going 0-2. Thomas Robinson also had an 0-for-2 night from the field. In addition to Lin’s 21 points, Terrence Jones scored 8 points, 3 rebounds and Troy Daniels scored 5 points.

After a quiet second half Nicolas Batum started looking for his own shot, going right at Chandler Parsons or whomever was checking him. But Batum was still playing his game, trying to make plays for his teammates. He had one pass to Robin Lopez off of a reverse spin move that looked like a move from Brandon Roy.

The Blazers starting line-up still outscored the Rockets by 7 points in the 27 minutes they were on the court according to line-up data from NBA.com. However, Portland’s second-most used line-up with Dorell Wright and Mo Williams, Lopez, Lillard and Batum performed poorly on a night when Portland needed to close out the series. Being outscored by 11 in 7 minutes makes it tough to close a team out but that group was only a -2 over the first four games.

The Rockets stars also made plays down the stretch while the Blazers struggled to get anything to go on the offensive end in the closing moments. It was an uncharacteristic stretch for the Blazers in this series but the Rockets deserve credit. Howard and Harden in particular stepped up on defense.

Portland will now come home for a chance to win the series in Game 6 in front of a rowdy home crowd waving a bunch of these things all night long.