Blazers To Give Out Red And White “Rip City” Towels For Friday’s Game 6 Vs. Rockets 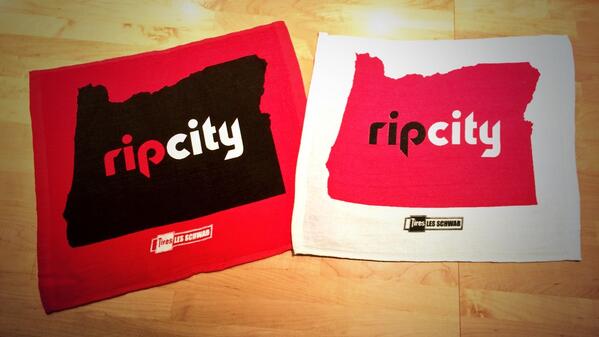 The Portland Trail Blazers lost to the Houston Rockets 108-98 in Wednesday night’s Game 5. They still have a 3-2 series lead and the Blazers are coming back with a chance to win the series in front of their home fans.

Accordingly, the Blazers are going to give up the towels seen above that Blazers President Chris McGowan tweeted following the conclusion of Wednesday’s game.

UPDATE: The Blazers are using the towels to spell out, “We Are Rip City.” Here’s what one side of the arena will look like with the lights off via @DwayneHankins on twitter. According to a team release, they will be giving out the towels in addition to the red LED glowsticks that they gave out for Game 3 and Game 4.

Every seat inside the Moda Center for Game Six will feature a Rip City rally towel, presented by Les Schwab Tires. Additionally, red LED glow sticks will be handed out to fans during ingress.

Game 6 will be at 7:30 PDT at the Moda Center and will be shown locally on KGW and nationally on ESPN.