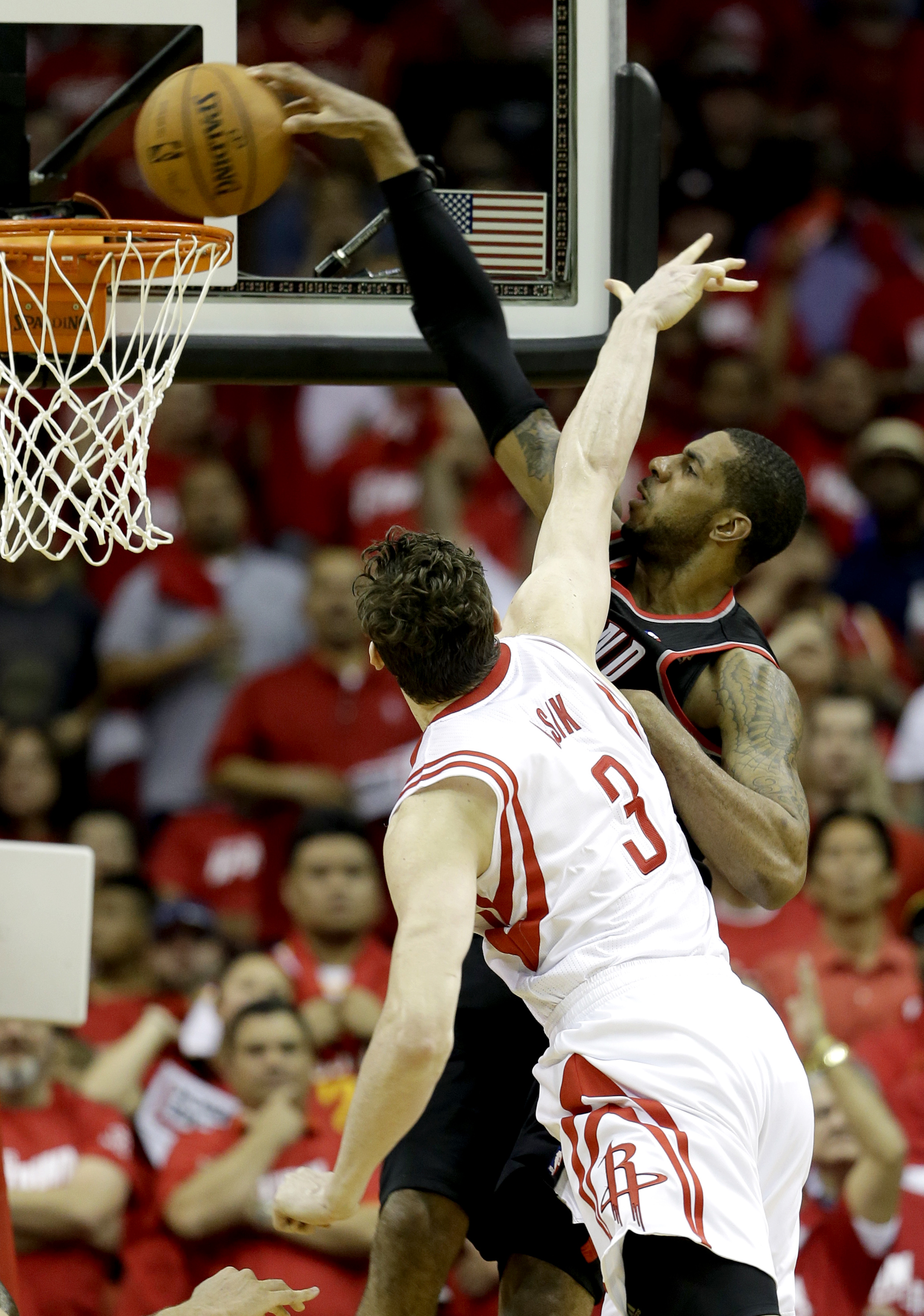 We wrote in our Scouting Report for Game 3 that Kevin McHale was going to have a decision to make: commit to going big and start with Omer Asik and Howard together or go super-small.

Chris Haynes of CSNNW.com reports that the Rockets have made their choice, electing to go super big:

The Houston Rockets will make a change to their starting lineup for Game 3 against the Portland Trail Blazers by inserting Omer Asik into the lineup in place of Terrence Jones, a league source informed CSNNW.com.

The move will have Dwight Howard and Asik in the frontcourt together. This latest decision by Kevin McHale is a calculated tactic to try and stop LaMarcus Aldridge who has been the best player in this postseason.

The line-ups with Howard and Asik on the floor together have been effective to slowing down Portland offensively but have still been putrid offensively. The tandem together currently boasts an offensive efficiency of 77.7 points per 100 possessions in 15 playoff minutes according to NBA.com.

In the 15 minutes they’ve played together in the series, they’ve only been outscored by two points total. However, one wonders if the benefit of slowing Portland down is worth ruining Houston’s offensive spacing which Kevin McHale himself said before Game 3 has been a key.

In the regular season the tandem wasn’t much better, being outscored by 16.3 points per 100 possessions with an offensive efficiency of 88.6 in 104 minutes according to NBA.com.