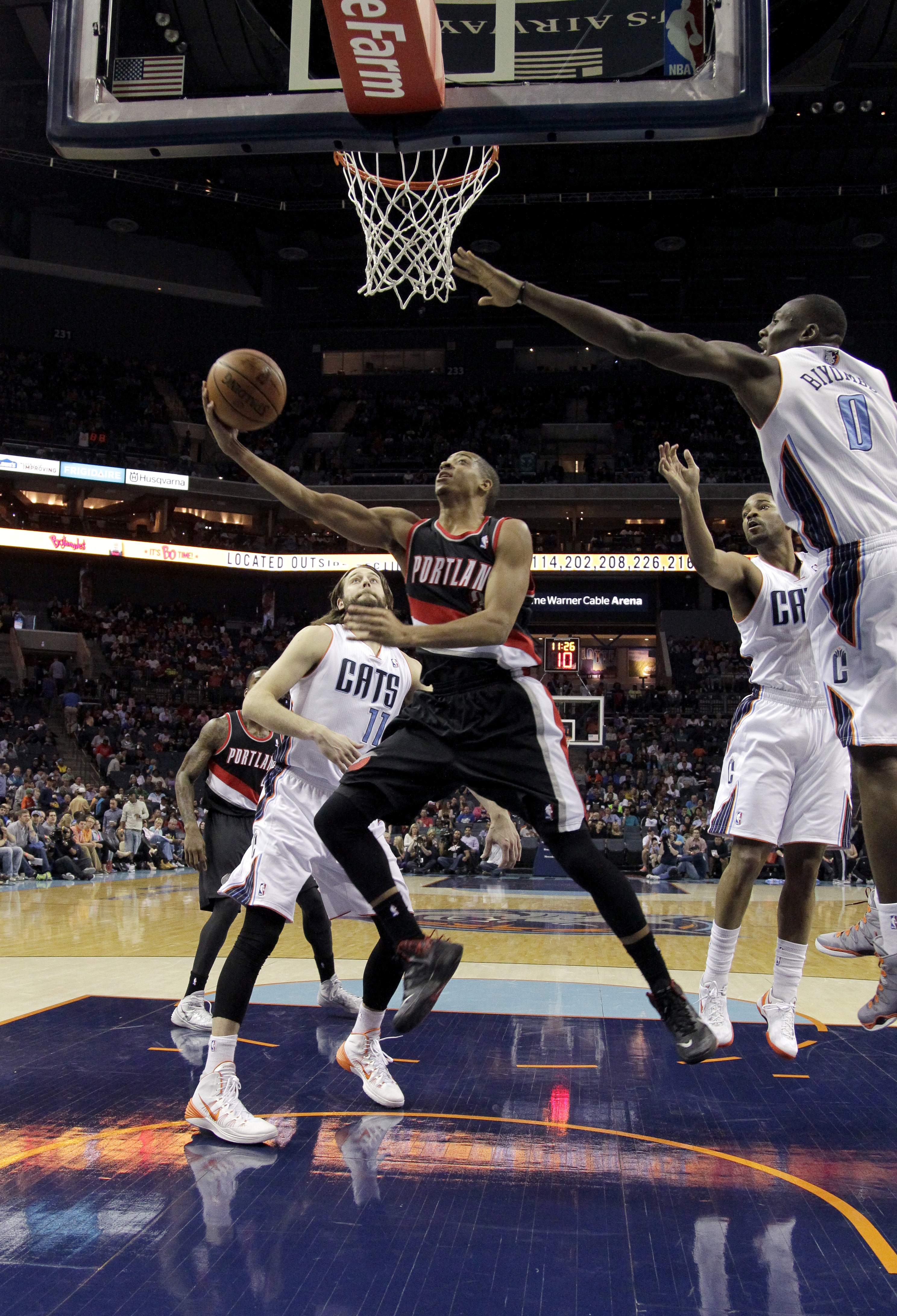 Playing time has been hard commodity to find for rookie guard CJ McCollum as of late. The Lehigh Express-Times, the paper where McCollum spent his college years caught up with him to talk about how he is doing in the NBA. McCollum is clear in one thing that he hasn’t “made it” just yet. The Express-Times David Driver writes:

In his first 34 NBA games McCollum, who came to Lehigh after playing high school ball in Ohio, averaged about 13 minutes per game while scoring 5.4 points per contest with 24 assists, 14 steals and 32 turnovers.

McCollum is asked now that he has made it, what does he do to improve and play more in the future?

“I have not made it,” he interrupts quickly, though politely. “It is more about gaining the coaches’ trust.”

Victor Claver told ACB.com, the website for the Spanish professional league, that another year of not playing would be very hard. Basically, he wants to go somewhere he can play if Portland isn’t that place (Hat-tip to Ben Golliver at Blazersedge.com) :

“For me it would be very tough to have another season like this” said Claver to EFE. “I am inactive or active but I don’t know if I play. I am playing in a very good team but I want to have the chance to play. I don’t know if in Portland because I don’t know what is going to happen this summer, or in another team. But another year like this is going to be very hard for me” added Claver.

Who knows whether this means he will be moved to another team but he has said he is focused on trying to make it in the NBA and has spoken to other Spanish NBA players like Ricky Rubio and Marc Gasol.

According to ESPN.com, the Blazers general manager Neil Olshey ranks number 7 among other front office decision makers while Terry Stotts comes in at number 8 among coaches.

Some of the early season shine has worn off on Stotts’ Coach Of The Year campaign but Joe Freeman of The Oregonian writes that he could be considered for the award. Freeman writes that the players make their Coach’s case.

“Definitely,” All-Star point guard Damian Lillard said, when asked if Stotts should be in the running for the award. “We were 33-49 last year. For a lot of this season, we were a top three team. We had a drop off, but now we’re right there having a chance to be in the top four. Considering the job that he’s done with our team, being able to keep us together, lead us and give us somebody to look to, I don’t see why not.”

“He lets us be us,” shooting guard Wesley Matthews said. “He knows when to step in and make it more serious and we take ownership on that ourselves, too. But he lets the players play.”

Casey Holdahl did necessary work over at ForwardCenter.net where he broke down in detail how the Blazers can clinch a playoff spot with a win tonight. Try not to hurt your brain too much:

But wait! For this scenario to take place, both the Suns and Grizzlies would have to win all of their remaining games, and BOTH teams have to play the Mavericks, who are currently in seventh with a 45-31 record.

If the Mavericks lost both of those games, which would have to happen for the Suns and Grizzlies to end up with the same regular season record as the Trail Blazers, the best the Mavericks could finish in that scenario would be 49-31, which would drop them to ninth place and out of the playoffs.

This whole thing was hurting my brain so big thanks to Casey for clearing this up for all of us. Should Portland win tonight, the worst possible position they could have would be 8th place, should they lose all there remaining games.

Also, some fairly playful banter that has taken place in the Blazers locker room finally made it’s way to the internet. Chris Haynes of CSNNW.com believes if given 10 chances to score against Will Barton that he could do it at least once. Barton doesn’t even think it would be a contest. The video is a must-watch.