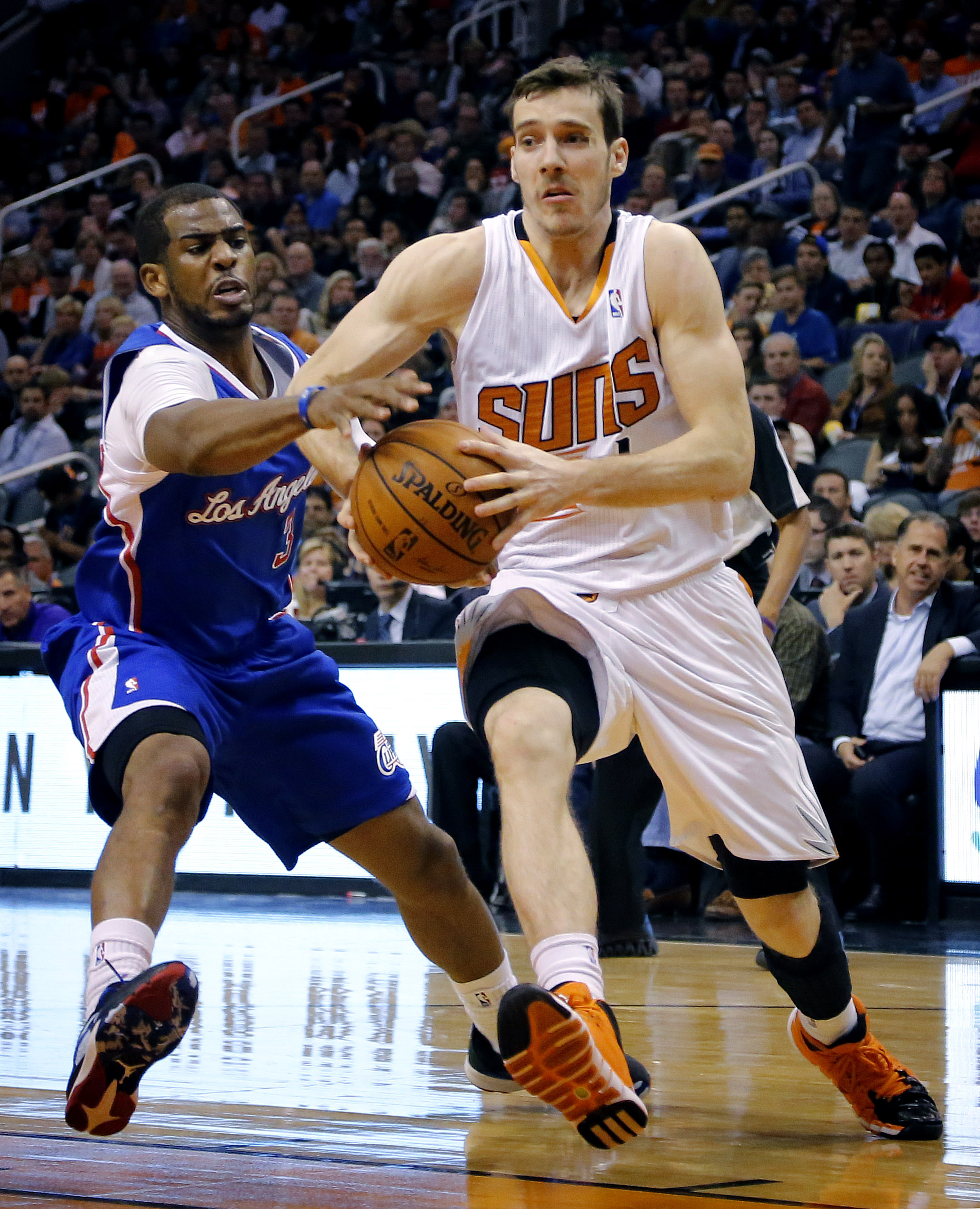 The Phoenix Suns took the league by storm after many thought they were tanking but before the league knew, they made sure the Blazers knew.

Behind Jeff Hornacek’s guidance, the brilliant play of Goran Dragic and the confidence to pull up from anywhere on the court by almost anybody on the team has put them in position to make the playoffs.

The Suns have flat out dominated the Blazers over the course of three games, winning by a combined margin of 27 points.

All three games came in the first full month of the season, at the end of October and November, and Terry Stotts insists that both teams are playing better than they were at that time.

However, after they met the first game of the season it was evident that both Phoenix’s style and personnel gave Portland’s more traditional type of team problems.

They space the floor with big men who can shoot jump shots on pick and rolls. Marcus and Markieff Morris come off the bench and play with supreme confidence and they almost always only pass to each other, which is hilarious. However, hilarious it is, it still works and gives the Suns pop off the bench. At power forward they start former Blazer Channing Frye and his ability to space the floor is up there with some of the best in the league from the three-point line.

Essentially, this trio of forwards are what cause the Blazers issues. They were more or less able to exploit the Blazers conservative ICE Pick-and-Roll defense which has Portland’s big men drop back by having their forwards pop our for jumpers and draining them.

The Blazers have tinkered with their pick and roll defense since then, against other “stretchier” big men such as Kevin Love of the Timberwolves and Dirk Nowitzki of the Mavericks. The biggest change in their scheme is that they allow for more switching on the pick and rolls against bigger shooting threats. They’ve switched more on Nowtizki and Love as even having a smaller defender is better than allowing them a clean look for the sake of sticking to the scheme. Expect to see a lot more smaller defenders on Phoenix’s bigs as Stotts said that he does anticipate to switch more.

Switching on pick and rolls with Frye and the Morris brother only helps solve one of the problems that Phoenix presents for Portland. The other problem is their backcourt, specifically Dragic and Bledsoe. The Blazers backcourt and perimeter players haven’t faired too well this season against quick guards with burst off the dribble. Dragic in particular is a huge problem because of his ability to get to the rim against almost anybody.

Dragic’s penetration is tough for anyone, including the Indiana Pacers to handle, let alone the Blazers who allow the second-most field goal attempts at the rim per game according to NBA.com.

Bledsoe is a menace on the defensive end and while he isn’t as dynamic offensively as Dragic, he is versatile, shoots passably from the three-point line, passes well and is as explosive as any guard this side of Russell Westbrook.

We haven’t even talked about Gerald Green who has scored over 40 points in a game this season and developed into something resembling the constant highlight reel many hoped he would be.

This game, if the Blazers stick to their keys on defense, should be a good one.

With a win the Blazers will clinch their first playoff birth since 2011.