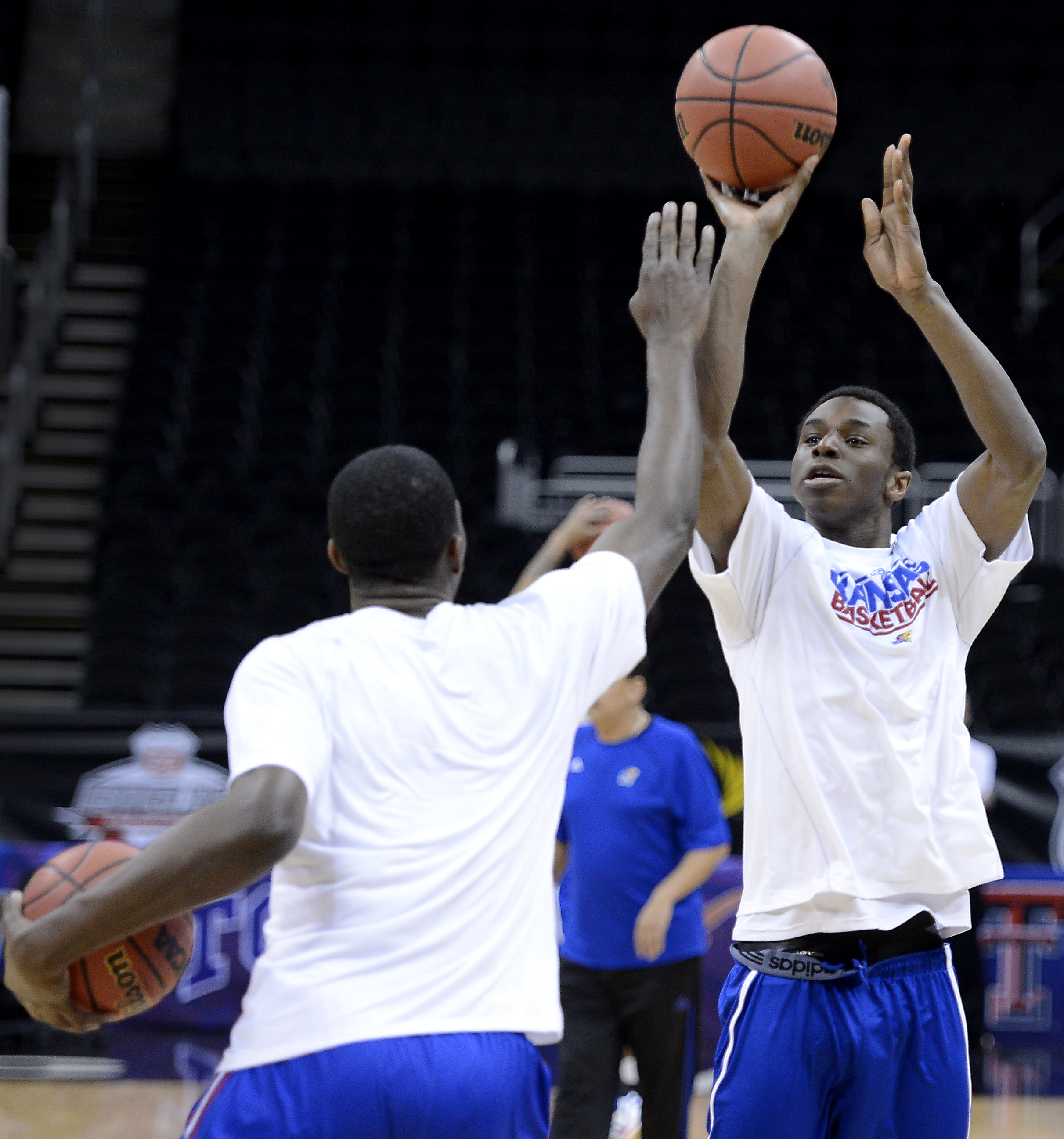 The injured Joel Embiid (Cameroon), left, puts up a playful defense for Kansas teammate Andrew Wiggins (Canada), as the team loosens up, Wednesday, March 12, 2014, at the Sprint Center in Kansas City. Embiid is slated to sit out the Big 12 Tournament, in hopes that a back injury will heal up in time for the NCAA tournament. (AP Photo/The Kansas City Star, Rich Sugg)

Yesterday the Nike Hoop Summit released the roster for the World Team that will face Team USA in this April’s game.

They announced on Tuesday that the game will be broadcast on ESPN2 at 4 PM PDT from the Moda Center in Portland on April 12.

Should Adam Silver’s proposed age limit actually pass, the soonest we would see most of these players would be after the 2016 draft.

In past years the event has proven to be a place where players, particularly internationals–such as Bismack Biyombo’s triple-double in 2011 or Schröeder last season–can see their draft stock skyrocket.