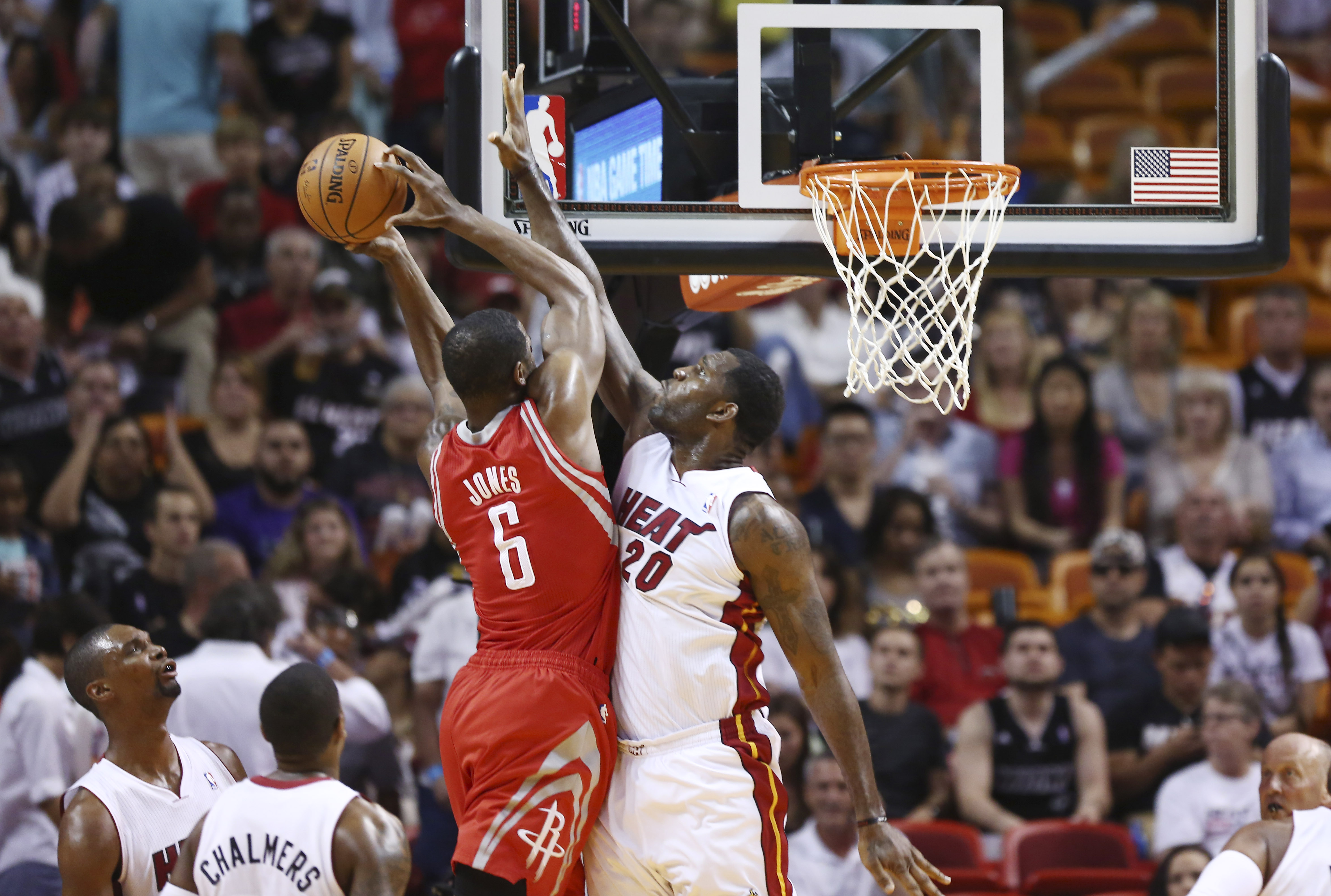 Injuries: Dwyane Wade (ankle) is listed as “doubtful” by the Heat for tonight’s game.

For those of us looking for something to talk about, it seems that there is a little bit of trouble in paradise.

The two-time defending champion Miami Heat have lost six of their last 10 games and are backing into the postseason. Last season their final few months of the season had an amazing 26-game winning streak and sprinted into the playoffs.

The Indiana Pacers are also struggling as of late with Paul George hitting a wall and their defense taking a few steps back from the historically great levels they were playing at earlier in the season.

The Heat haven’t been able to take advantage and be able to leap into the number 1 seed and steal homecourt advantage from the Pacers.

When watching the Miami Heat play defense, it’s easy to be in awe of the speed and quickness on display. One thing that is taken for granted is the energy that it takes to play defense like they do when they are at their best. The Heat’s energy and focus has been the biggest question mark about them this season and they are ranked a slightly above-average 13th in defensive efficiency.

LeBron still has the keys to the third best offense in the league and they still run their “Pace and Space” offense to a T.

As we wrote above, Greg Oden is getting the start tonight for the Miami Heat against the team that drafted him. Monday will be Oden’s fifth start of the season and Casey Holdahl of TrailBlazers.com has a transcript of Oden’s comments with the media from this morning.

How would you describe your emotions facing your former team tonight?

Greg Oden: “It’s a game we need to win. We’ve been up and down. It’s just about this team and us getting a win right now.”

There’s nothing personal for you to kind of get back out there?

Have you circled this date?

Greg Oden: “No. Every game I play is basically a circled date. I’m not trying to look at any team just because I used to play for them. I’m happy just to be out there playing against anybody.”

You can read the rest of Oden’s media session here.

The Heat have been very slow in trying to get Oden ready to go and the comments coming from Erik Spoelstra is that it’s exactly what they signed up for.

His numbers aren’t overwhelming in that time but should he be ready to contribute a few minutes in what many think will be the eventual Conference Finals against Indiana, that will be all that they had wanted.

In the previous meeting the Heat were without LeBron James but Bosh and Wade helped bury the Blazers late after Miami’s defense was able to force some turnovers late in the game.

Not having LaMarcus Aldridge certainly hurts, especially when the Heat go to more center-less line-ups as they still usually do. Robin Lopez will also have to maximize his effective-ness when Oden and Chris Anderson are in the game as it will be tough for the slower Lopez to cover the more mobile Chris Bosh.

Moving forward for the Champs, one legitimate concern will be that Ray Allen and Shane Battier still have yet to find a consistently good three-point stroke. Allen is hovering above the league average at 36 percent while Battier is shooting a poor 33 percent, removing some of the effectiveness that comes from him playing power forward like the Heat like to do, especially in the playoffs.

Even if LeBron is dealing with some back issues (he missed a game last week with back spasms) and the Heat won’t have Wade, they are still expected to win this game.

After getting blown out by the Bobcats, the Blazers will have be much better on the defensive end to have a chance at stealing a win in South Beach.