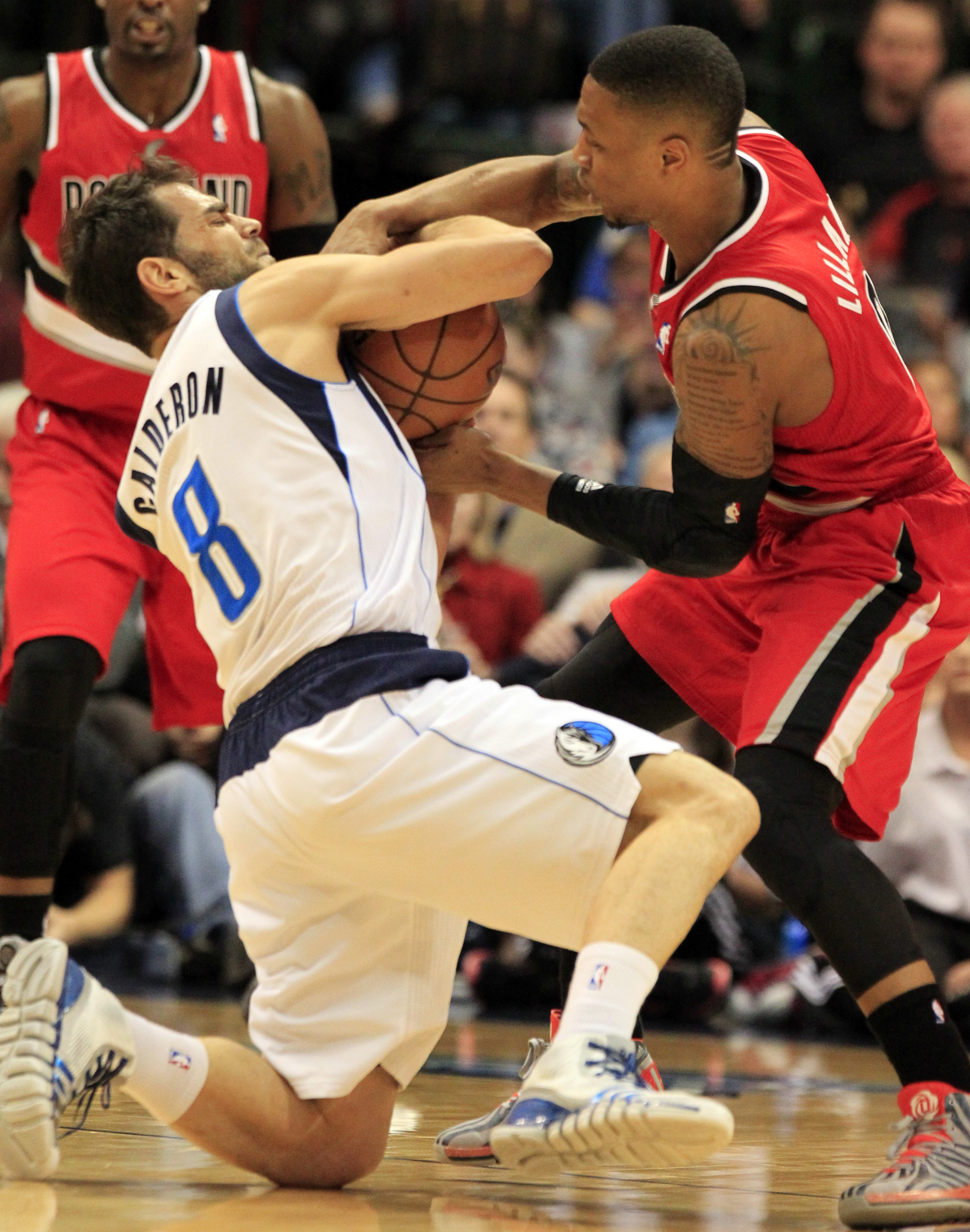 Where do I begin?

Or the Blazers losing a seven-point lead in the fourth quarter, failing to make plays on both ends or stop Devin Harris to eventually lose by 5?

Jose Calderon was setting the nets on fire at the beginning, scoring 15 points in the first quarter, singlehandedly outscoring the Blazers who scored a measly 10 points. Robin Lopez also picked up his second foul with over eight minutes left in the 1st quarter, which made matters worse defensively.

In the second quarter, Thomas Robinson brought a spark of energy in his first game since injuring his knee on Feb. 25 against the Nuggets. The Blazers were down by 30 in the second quarter and Robinson provided instant energy which helped the Blazers cut the Mavericks lead to 19 by halftime.

Robinson finished with 11 points and 9 rebounds in just under 20 minutes off the bench before fouling out.

Wesley Matthews who has been in a little bit of shooting slump as of late also started to heat up in the 2nd quarter. Matthews would continue to do work all game both from the three-point line, going to the rim and in the post with 26 points on 11-of-19 shooting.

In his hometown, all eyes were on LaMarcus Aldridge, who has been searching for his timing since returning from injury. It appeared that home was where the timing was hiding as he found his stroke in the third quarter.

Behind Aldridge and Matthews and some excellent defense, making everything Dallas took in the third quarter contested, the Blazers roared back. They erased the 19-point halftime deficit and even managed to take a three-point lead before going into the final period down by only one points after trailing by 30.

A truly remarkable come back and it looked like the Blazers had all of the momentum even though Dallas held the lead.

The Blazers still played like the team with momentum and they were able to take the lead again and even extend it to seven points with Aldridge, Damian Lillard and Nic Batum taking a seat.

However, the Mavericks just kept playing and in a blast from the past, Devin Harris was their best source of offense in the final period.

It doesn’t appear as though there was much to Dallas’ offensive game plan: attack the Portland point guards. Whether it was Damian Lillard or Mo Williams, the Mavericks guards were going to create something, mostly, for themselves.

Calderon finished with 19 points on 8-of-16 shooting and Harris scored 12 points on 4-of-6 shooting with 10 of those 12 coming in the fourth quarter.

The Blazers offense stalled late as Aldridge cooled off after the hot third quarter, going 2-of-8 in the final period. Matthews stayed hot, making all three of his field goal attempts, but Portland wasn’t able to make their shots late and they also had some costly turnovers and mental mistakes.

The game was tied at 98 when Devin Harris made a driving lay-up and drew a foul on Lillard, that the Blazers wanted a charge or a no-call on, to put the Mavericks up by 3.

Aldridge had a turnover on the next play, missing an open Lillard and Portland couldn’t capitalize when Monta Ellis missed two free-throws by failing to grab the defensive rebound.

A whole lot happened, but it ends with a loss on the first game of a very tough road trip.

Up next they will face a Houston Rockets team that is a half-game up in the standings and have just beaten the Miami Heat and Indiana Pacers in the same week.