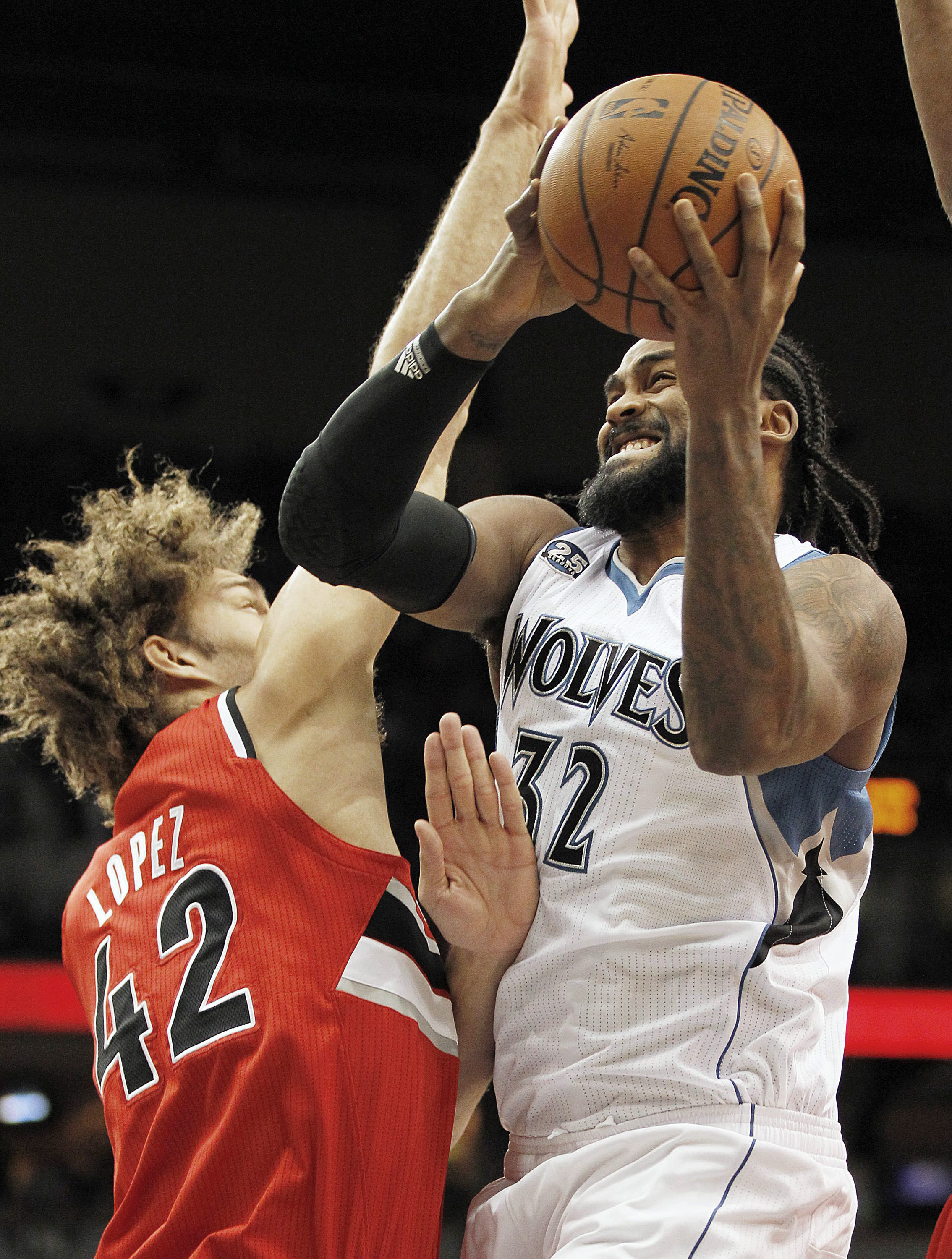 It isn’t an uncommon phenomenon in the NBA that when a team loses one of their star players that the players who replace those starts step up their level of play.

Shortly before the Portland Trail Blazers and Minnesota Timberwolves tipped off in Minneapolis, we learned that the Wolves would be without Kevin Love and Kevin Martin. We knew coming in that Nikola Pekovic, Minnnesota’s starting center, would be out.

In the end the Blazers outlasted the Timberwolves 117-110.

With the loss of all three players, the Timberwolves were without their top three leading scorers.

Ricky Rubio did his part in trying to pick up the scoring output for the Wolves early on. He scored 14 first half points and took 11 shots in the first half, three more than his per game average.

The Blazers are shorthanded as well without Mo Williams. Earl Watson is assuming the back-up point guard duties but foul trouble for him and Damian Lillard forced Portland to adjust. Lillard picked up his third foul early in the second quarter and Watson picked up his fourth about halfway through the third.

The backcourt foul trouble, it forced Terry Stotts to turn to CJ McCollum for one of his most extended runs of the season. Luckily for the Blazers it also turned out to be the most productive run of his early NBA career. McCollum was the primary ball-handler, but used his dribble to create his shot.

McCollum scored 13 first half points, eclipsing his previous career-high of 10 against Boston a few weeks ago.

McCollum’s offense was crucial, especially with Lillard in foul trouble.

However, Portland’s achilles heel was present throughout the entirety of the game from the opening tip: their defense.

Without their three leading scorers, Rubio, Corey Brewer and the seldom-used rookie Shabazz Muhammed picked up the scoring and were very aggressive. Portland did little to slow down their drives to the basket which led to lay-ups and second chance points with Portland’s bigs out of rebounding position because of helping on drives.

LaMarcus Aldridge started to open things up for himself offensively as his jumper started to fall in the third quarter. McCollum continued to provide production off the bench as he finished with 19 points. Aldridge finished with 26 points and nine rebounds on the night.

The Timberwolves took a lead in the third quarter but Portland closed extremely well, eventually taking the lead back heading into the fourth quarter.

In the final period, the Blazers stepped up on the defensive end. Finally, the reality of Minnesota’s depleted offense caught up with them. Fewer easy shots at the rim and fewer good looks from three-pointers were the result.

The final minute and a half was a foul fest with the Timberwolves trying to get the Blazers to miss enough to be able to make it interesting. The Blazers were able to make their share of free throws but Portland was able to survive the second night of a back-to-back in a win, that while ugly, was needed after last night’s heartbreaker.

With freezing rain accumulating the area, the Trail Blazers won’t comeback immediately after the game. They will stay the night in Minnesota and plan to return tomorrow.