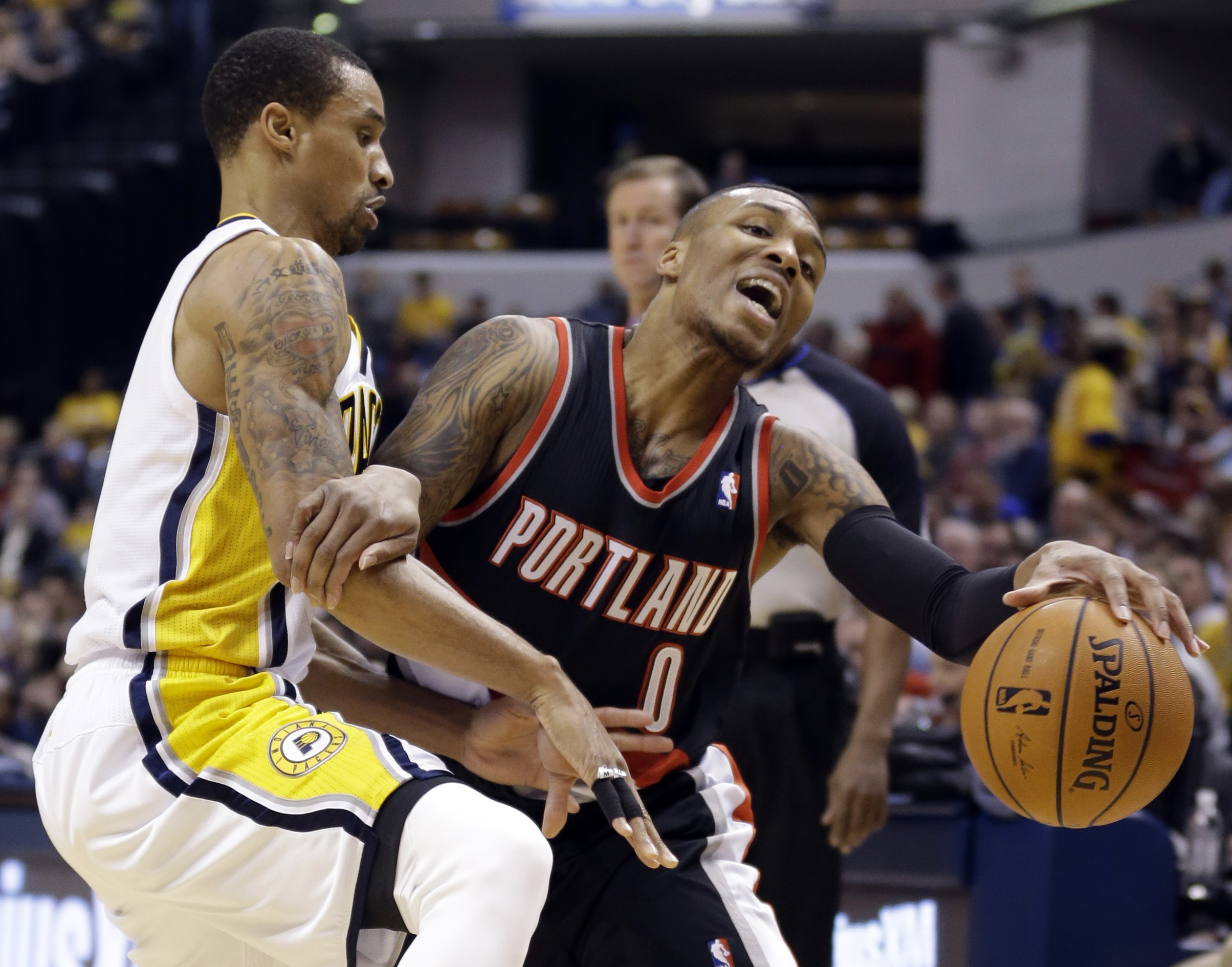 Once again, basketball fans who tuned into the Portland Trail Blazers and Indiana Pacers match-up were treated to a great game.

However, this time it was the Pacers who were victorious winning 118-113 in overtime.

No matter how unlikely, a series between the Blazers and Pacers would certainly be a treat. Great defense, great offense and each team with multiple players unafraid to take and make big shots.

The Blazers jumped out to an early lead in the first quarter as their offense was humming with some of the best ball movement and decision making we’ve seen in a few weeks. The Pacers historically great defense couldn’t slow down the Blazers offense, with Damian Lillard, LaMarcus Aldridge and Robin Lopez each doing damage.

Lillard and Aldridge played like All-Stars while Lopez played one of his best games of the season against Roy Hibbert, scoring 17 points and grabbing 14 rebounds. Lillard finished with 38 points and Aldridge finished with 22 points while also being saddled with foul trouble in the second half.

Nicolas Batum didn’t have a great offensive game as it appeared he was committed to making Paul George’s life as hard as possible and he succeeded. George didn’t have hardly any room to breathe for much of the game and he went 5-for-23 from the field, eventually finishing with 17 points and hitting some big shots in the fourth quarter and overtime.

Joel Freeland came in and the Blazers extended their lead by five points without Aldridge in the final 6:19 of the third.

The start of the fourth quarter looked like more of the same with the Blazers continuing to stay a few steps ahead of the Pacers. But about halfway through the fourth quarter, Aldridge picked up his fifth foul. This time the Aldridge-less unit couldn’t extend or hold the seven point lead they had, as Indiana almost instantly cut the lead down to two points.

The rest of the fourth quarter was a nip and tuck affair that had the heart rates of both fan bases racing. Wesley Matthews–who had been dormant on offense for much of the game–unleashed a tear, scoring 10 points in less than two minutes and had a chance for a dagger on an open corner three but missed. Of all of the shots Matthews hit in that stretch, shot in the corner was the one that was most open. Knowing Matthews, he’ll be kicking himself at least for the next 24 hours.

Lillard also missed an opportunity on the same possession.

The Pacers continued to attack, involving Aldridge in pick and pop scenarios against David West and George Hill. Hill finished with a career-high 37 points while West pitched in 30. With George and Hibbert having rough offensive nights as well as Lance Stephenson sitting due to injury, the Pacers needed their other starters to step up their offensive game.

The Pacers took advantage of a few second chances and also had a few calls go there way, most notably an out of bounds replay review on a play involving Nicolas Batum in overtime. Batum appeared to be fouled on the review by Danny Granger but the call was ruled in Indiana’s favor as Batum touched the ball last. Under the current replay rules, they cannot call a foul if it wasn’t initially called.

The Blazers also had a couple of turnovers in the backcourt which led to easy buckets for Indiana.

Sometimes the ball won’t bounce your way, but the Blazers also have themselves to blame for a few of the miscues late.

Moral victories won’t do for this squad, but to say that the Blazers didn’t play well would be selling them and the Pacers very, very short.