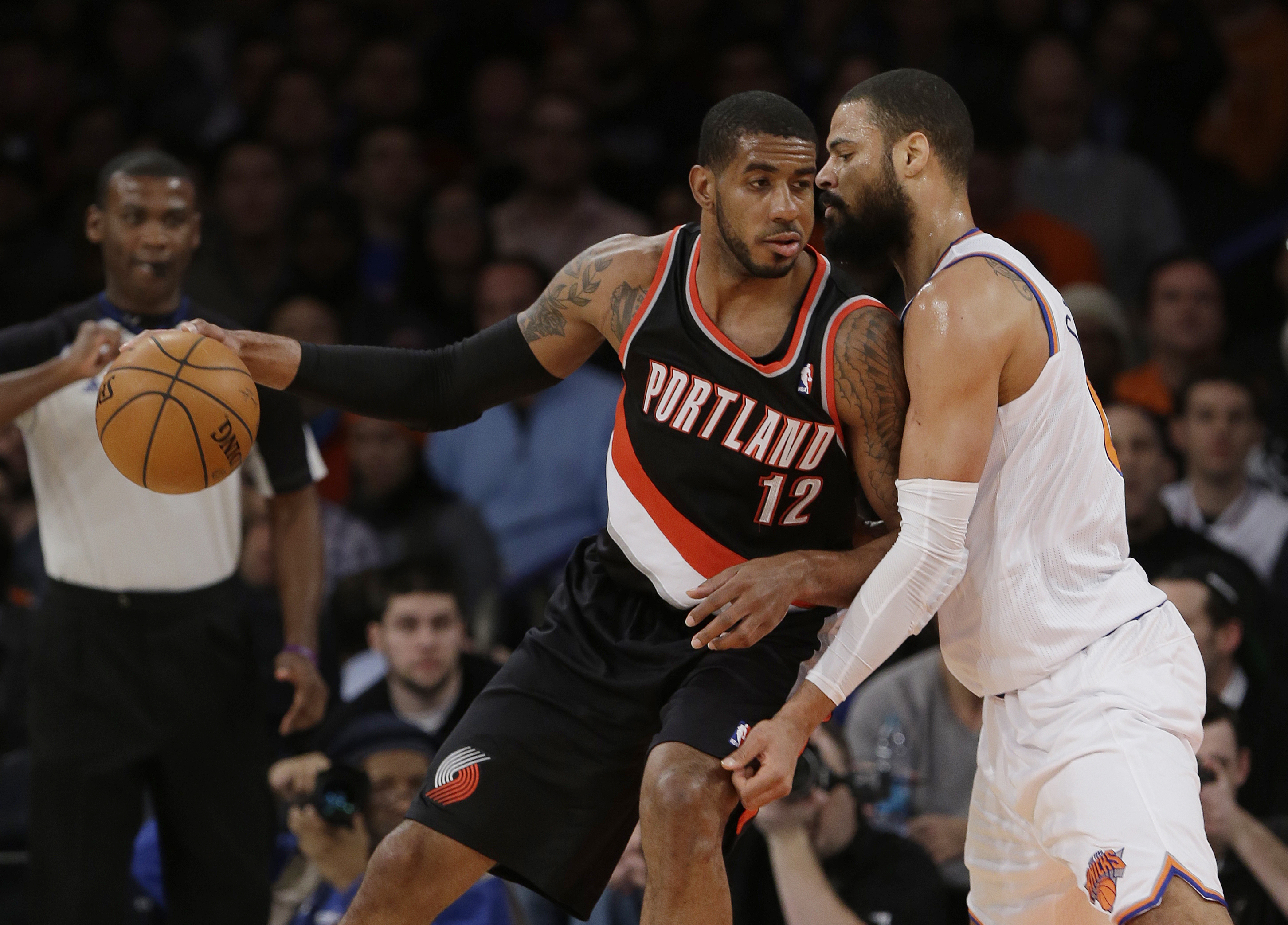 At the end of an ugly shooting night, LaMarcus Aldridge did something that was rare for him Wednesday night.

He saw the ball go in the basket.

Aldridge went 5/17 from the field, but went 2/4 in the fourth quarter and made the biggest shot of the night when he hit a turnaround over Tyson Chandler to put Portland up by 4 with 35 seconds left.

Aldridge went 1/10 in the 1st half, but the Blazers were still up by one because Nicolas Batum and Wesley Matthews picked up the slack on the offensive end.

On a night when Aldridge and Lillard combined to go 7-of-29 from the field, the Blazers needed an extra scoring punch to get them through to a win.

The Blazers continued starting Nicolas Batum on point guards, but it was Carmelo Anthony doing the damage early. Anthony scored 18 points in the 1st half and looked poised to have a big night.

Terry Stotts shook up the rotation against the Knicks, throwing Dorell Wright and Meyers Leonard into the rotation replacing Thomas Robinson and CJ McCollum.

Wright’s length appeared to be a much better match-up against a bigger Knicks second unit and he finished with 6 points.  Leonard recored 2 points and just one rebound in nearly eight minutes.

Mo Williams scored 10 points, going 2-of-7 and hit a big three-pointer in a fourth quarter that was otherwise forgetful for him and the Blazers.

Batum continued to shoot efficiently for the rest of the game as he finished with 20 points on 13 shots as well as 10 rebounds and three assists.

For as bad as Portland’s offense was late in the game, their defense was able to win the game, something they haven’t done in the last few games.

They had scored under 100 points in three out of their last four games but had yet to win any of those low-scoring affairs. Tonight, could be a step forward in the team believing they can win with defense. Or, it could be that the Knicks are bad.

The Blazers didn’t shoot great from the field, shooting 38 percent even though they hit a healthy amount of three-pointers, going 8-of-21. They needed everything they could squeeze out of their offense especially with Aldridge, Lillard and Williams having off nights.

The Blazers defense shut off nearly every avenue for the Knicks after Anthony got off to a hot start in the first quarter.  Portland was especially good in the second half. The Knicks only salvation in the second half was from the midrange–where the shot 8-of-16–shots that Portland’s defensive scheme is designed to encourage.

Carmelo Anthony’s hot hand cooled off considerably in the second half, where he shot 4-of-16.

The Blazers did well defending the three-point line, as they have all season, but they bottled up everything else the Knicks wanted to do. New York only had 10 field goal attempts at the rim in a rough offensive second half. They had scored well over the last five games but Portland held played well defensively until the final minute of the game when New York nearly stole the game.

The defense put them in position to win even if Aldridge’s shot is what will be remembered.