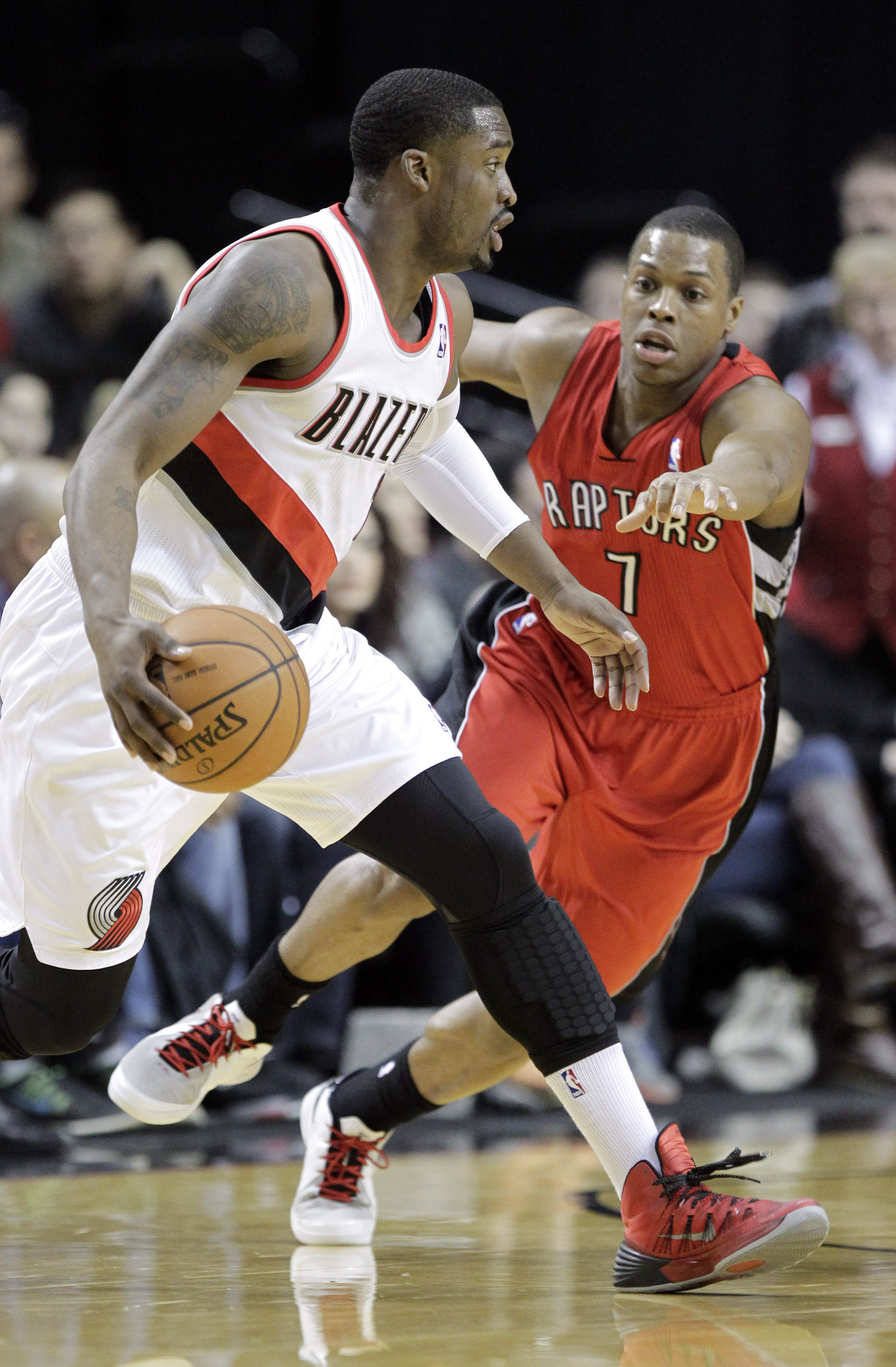 We’re a few hours away from the Blazers tipping off against the Knicks, so here’s a sampling of Blazers content as they continue their road trip.

Ken Berger of CBSSports.com caught up with Wesley Matthews for a Q&A about his now elevated status as one of the NBA’s best shooting guards and he plays with a chip on his shoulder.

Q: You kind of play with a chip on your shoulder anyway, like you have something to prove. But is that even more so now when you’ve been left off the All-Star team?

A: You already know the answer to that.

Q: How does that play into your preparation and your mindset when you go out and play?

A: It’s not even proving anybody wrong, it’s proving those that believe in me right. Being undrafted, being overlooked coming out of high school, I was overlooked in college and always had that edge. I was like that bratty kid who had to learn how to grow up and that’s how I continue to play.

Read the rest of Berger’s piece for some good stuff from Matthews, including some jests that he may be underpaid now when many clamored he was overpaid when Portland signed him in 2010.

With the Blazers in his vicinity, Berger decided to do a little bit more work on them. He caught up with LaMarcus Aldridge to talk about his future with the Blazers.

Last month, Aldridge said publicly that he believes the team will be capable of winning a championship “in the next couple of years,” and went so far as to say he’d like to discuss a contract extension this summer if the team would like to do the same. Forget for a moment that such an extension is unlikely under the NBA’s current system, since Aldridge, 28, can only extend for two years beyond the season he’ll have left on his contract after this one. Never mind that no All-Star in his right mind would agree to a two-year extension that would make him a free agent at 32 when he can simply wait out his current deal and become a free agent in 2015 at age 30 — and then sign a five-year, max deal.

“I haven’t gotten that far into it because I want to wait until this summer,” Aldridge said. “But at that point, we’ll sit down and talk about it. … If we’re all on the same page, then I’m looking forward to it.”

The economic options are for Aldridge and his agent, Arn Tellem, to discuss. What shouldn’t be overlooked is the fact that Aldridge is open to such a discussion in the first place. Olshey’s plan and the Blazers’ (34-14) renaissance have made him a believer.

“We got off to a really hot start, which is good because now we have that cushion,” Aldridge said. “Every team is going through that. This is the time of the year when the grind kind of catches up to you, so we’ve done a great job of putting ourselves in a really good position.”

For some other nuggets such as changes in Aldridge’s diet and improvements in health helping him this season, read the rest here.

Casey Holdahl of TrailBlazers.com has video of Damian Lillard’s appearance on NBA.com’s Off The Court live chat where he took questions from fans.

After watching Batum hold his own defending Kyle Lowry and John Wall start-to-finish in consecutive games, Trail Blazers coach Terry Stotts has decided to continue using his starting small forward in the same role for the foreseeable future.
“I think he’s done a solid job,” Stotts said. “It just gives us another look.”
Will Batum defend point guards every night? No. But when the opposing point guard is a “priority” for the Blazers’ defense — against the likes of Tony Parker and Chris Paul, for example —you can bet Batum will draw the assignment at the opening tip.

Freeman also reports that Stotts may tweak his rotation.
John Reid of NOLA.com has some more details on New Orleans’ signing of former Blazers and Chalupa Time legend Luke Babbitt.

Sources say the Pelicans signed Babbitt to a two-year contract and he will be available to play on Wednesday night against the Atlanta Hawks at New Orleans Arena. He practiced with the Pelicans on Tuesday and was the last remaining player on the court going through 3-point shooting drills with assistant Bryan Gates.

“We thought having some more depth at our wing spot and there’s a chance he can play some four (power forward) because of his ability to shoot the ball,” Pelicans coach Monty Williams said. “He’s a young player who had some success in Portland and played really well overseas. We kept our eye on him and have been trying to get it done for a couple of weeks, maybe a little bit longer. Finally it happened for us.”

Babbitt’s Russian team initially planned to hold him to his contract obligations and not allow him to sign with any NBA team. But Pelicans general manager Dell Demps managed to negotiate a buyout agreement that took about two weeks to get finalized.