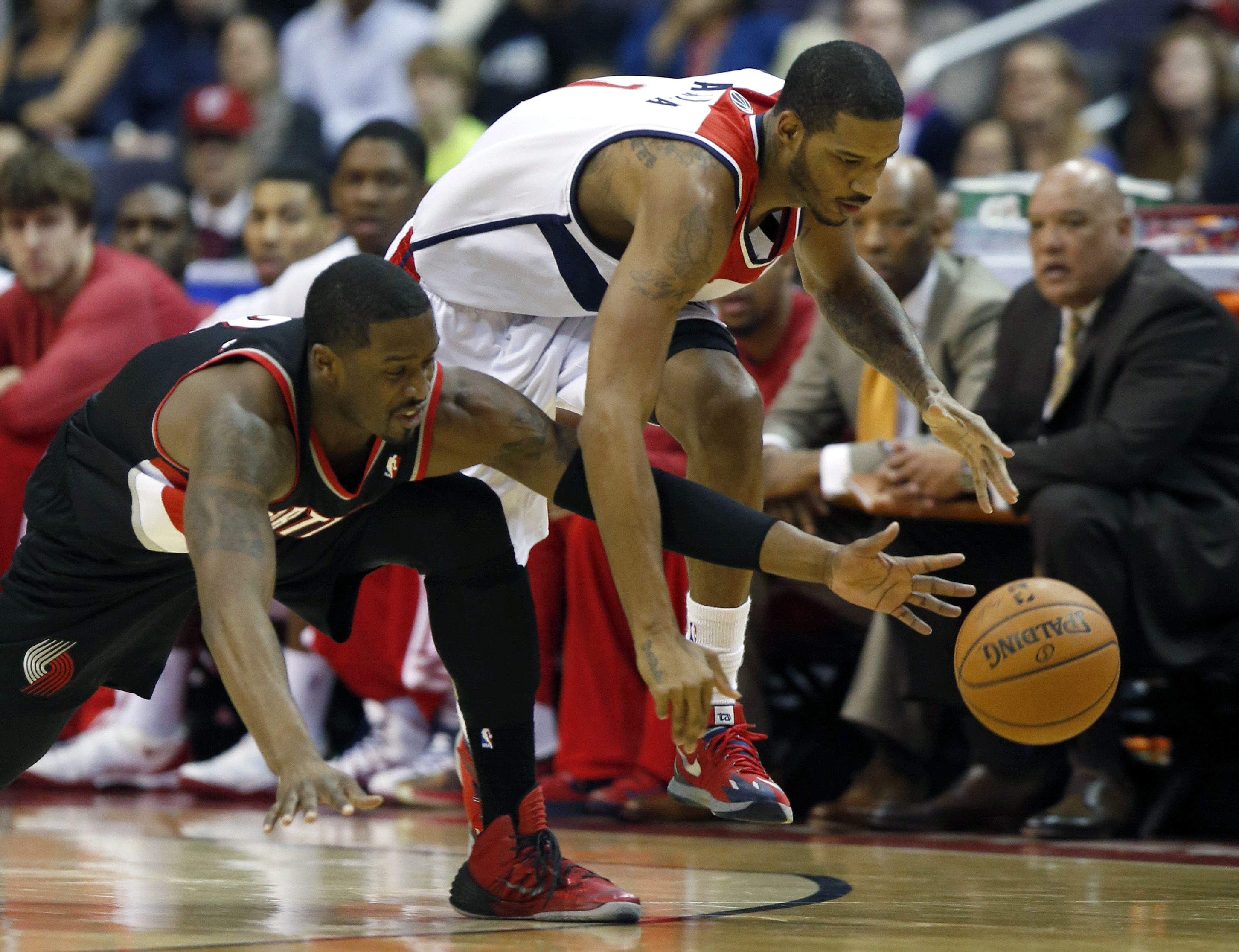 The Blazers were gift wrapped an opportunity to start their four-game road trip on the road trip.

The Blazers shot 61 percent from the field in the first half with every starter making their impact felt on the game. Robin Lopez and Wesley Matthews both couldn’t miss, Nicolas Batum was more aggressive than usual and LaMarcus Aldridge was being his regular self.

The Blazers offensive success was derailed by turnovers. The Wizards enjoyed a 17-4 advantage in points off turnovers as Portland turned it over 16 times. The Blazers force the fewest turnovers defensively in the NBA so anytime they surrender a lot, they usually aren’t going to get it back.

The Wizards have been a top-ten defense the whole season and they slowed down the Blazers in the third quarter. The third quarter has been Portland’s best all season but tonight against the Wizards, it was their worst.

The Wizards held the Blazers to 14 points and outscored the Blazers by 12. The Wizards are hot right now, fresh off beating the Oklahoma City Thunder at home and getting quality road wins against West foes last week.

The Wizards weren’t playing like world beaters and they weren’t perfect. They were beatable tonight and the Blazers threw away an opportunity to start a tough road trip with a good win.

The third quarter put the Blazers behind the eight ball and made things hard for a comeback against a solid defensive team. The Blazers defense made a few stops and held the Wizards to just 18 points in the final period.

The fourth quarter was far from an offensive display with both teams going through droughts. Just as the Blazers were able to force stops, their offense that had been keeping them in the game bottomed out.

The Blazers shot 26 percent in the fourth when they were in desperation mode, trailing by as much as 17.

Things haven’t been pretty for the Blazers over the last month and tonight was far from rock-bottom against a talented, young team playing with confidence.

Something else that did the Blazers in was the spotty play of their bench. After showing some progress a few weeks ago, the Blazers reserves completely outplayed by Washington’s.

Kevin Seraphin scored 19 points off the bench, helping push the Wizards to a 26-6 bench scoring advantage.

The Blazers started well offensively but even with starting Nicolas Batum on John Wall, they weren’t able to slow down much of anything the Wizards did in the first half. Similar to what happened against the Memphis Grizzlies six days ago, the Blazers fell behind by too much to a solid defensive team to be able to comeback.

They will face the New York Knicks at Madison Square Garden on Wednesday at 5 P.M.