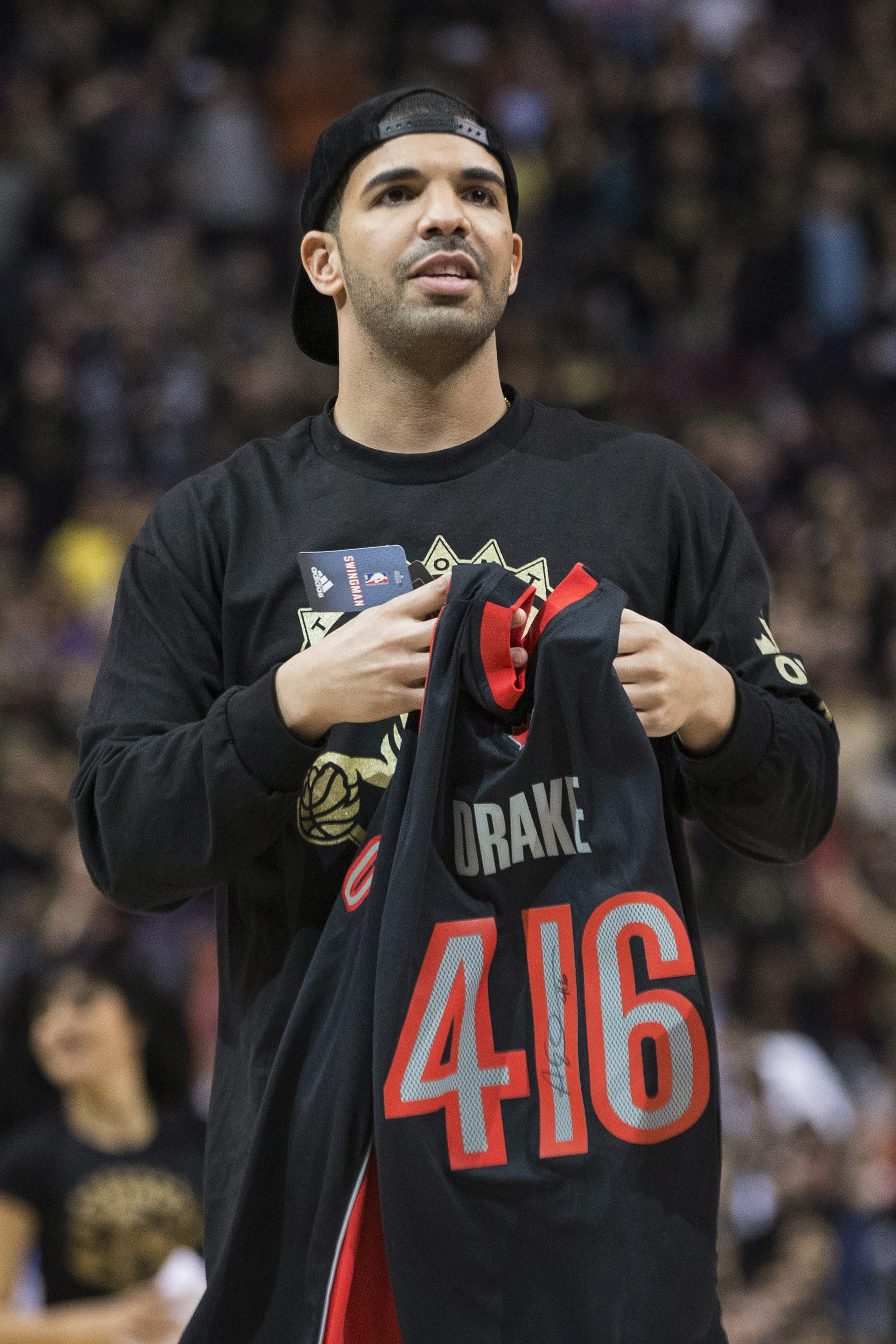 Why do we have a picture of Drake? Well a) why not include the NBA’s most recognizable team ambassador? and b) Damian Lillard (probably like 80 percent of NBA players) said he would most like to party with Drake if the Blazers won an NBA Championship.

Drake certainly made Toronto’s bid for the 2016 NBA All-Star game stronger and ever since the team has started to feature him they’ve become a winning team!

Seriously though, they also hired the 2013 NBA Executive of The Year, Masai Ujiri, away from the Denver Nuggets, whom they beat down handily in Denver Friday night. Ujiri stole a King’s Ransom from the New York Knicks for Andrea Bargnani and managed to trade Rudy Gay giving them salary cap relief and a resurgent squad.

Since Ujiri traded Gay, Aaron Gray and Quincy Acy to the Kings for Patrick Patterson, Greivis Vasquez,  John Salmons and Chuck Hayes, the Raptors have gone 19-9.

They’ve transformed into a defensive juggernaut since trading Gay and have improved from a below average offensive unit to a top-10 offensive team.

Blaming their struggles earlier in the season on Gay wouldn’t be fair and Gay has settled in nicely and done well since being traded to the Kings.

But, the Raptors have started to turn into the defensive team that coach Dwane Casey (the “defensive coordinator” for the 2011 Mavericks alongside current Portland coach Terry Stotts) was brought into coach.

Kyle Lowry has been fantastic taking on a larger role in the Raptors offense and DeMar DeRozan’s has continued to improve incrementally, culminating in All-Star selection on Thursday. Lowry was probably more deserving of a selection but his track record of not-so-great relationships with NBA head coaches probably didn’t help him in getting head coaches to vote for him.

Either way, Lowry is the best player on this team and in terms of defense should be considered alongside other elite point guards on that end like Chris Paul and Patrick Beverley.

Another beneficiary of the Gay departure has been Portland-native Terrence Ross. Ross’ minutes have gone up from below 20 to over 30 in the month of January. He’s averaging 11 field goal attempts per game while shooting over 40 percent from three in the last month.

The highlight of Ross’ season came in losing fashion, however, when he scored a career-high 51 points in a loss to the Los Angeles Clippers a week ago. The 2013 Dunk Contest Champion averaged 12.7 points and 4.4 rebounds in the month of January.

Or if you prefer dunks, his highlight came on Friday night at the expense of Kenneth Faried:

It goes without saying a whole lot that the team the Blazers are facing on Saturday are very different from the team that they faced on Nov. 17 in Toronto. Gay singlehandedly brought them back in the game to force overtime and they are much better as a team on both ends.

The Raptors are playing with confidence and backing it up with elite play on the defensive end and solid scoring on the other.

The Eastern Conference is very bad, but if you’re looking for an easy slump-buster for the Blazers who have lost two in a row, the Raptors aren’t it.

They didn’t start quite at the bottom, but where they are at now compared to where they were in November is still impressive.

(Alright, I got my Drake references fix out of the way for at least a little while now.)