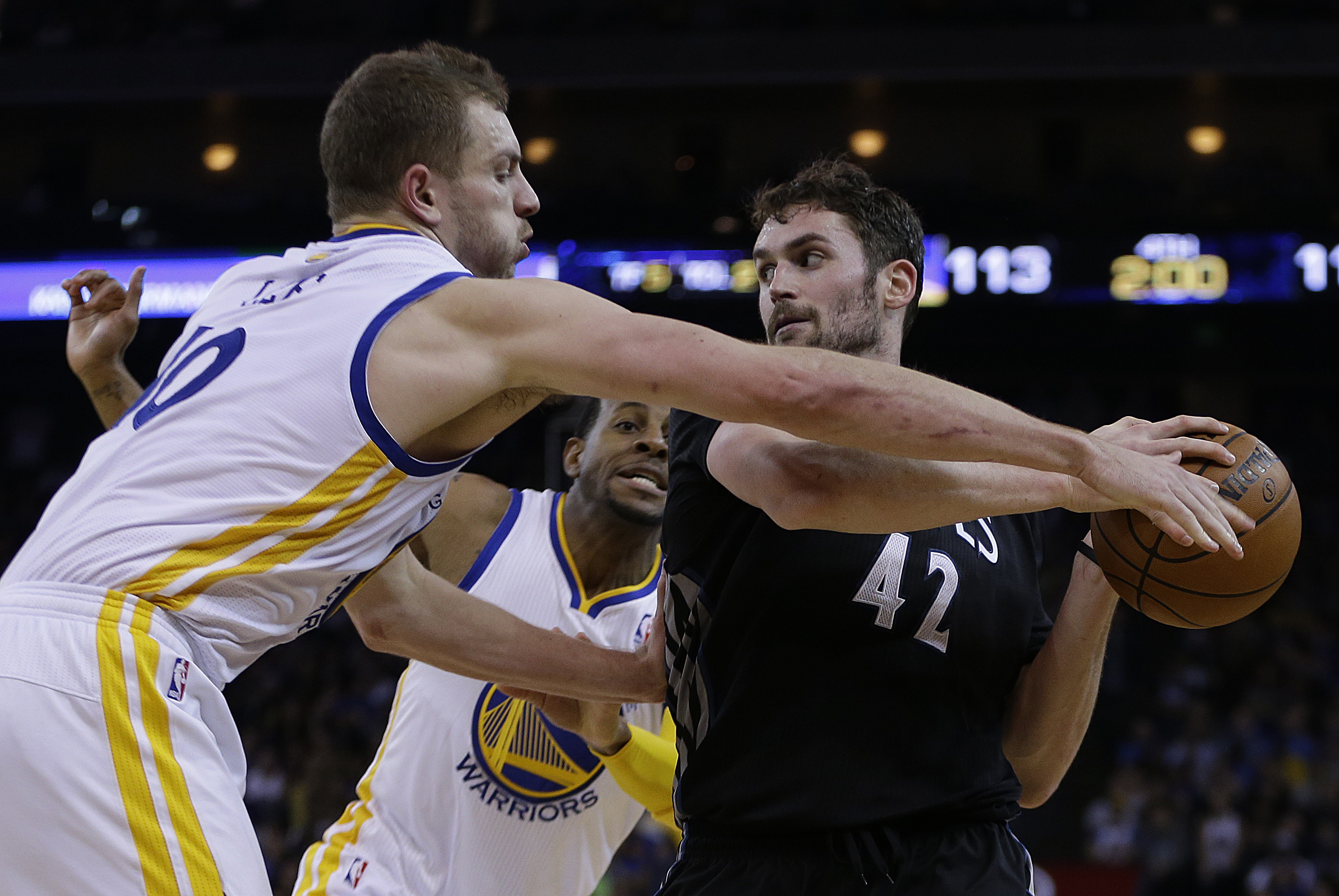 Injury news: Kevin Love hurt his knee and his ankle and Ricky Rubio injured his ankles but Jerry Zgoda of the Star-Tribune says they both expect to play Saturday. J.J. Barea also got injured last night but his status is uncertain.

We all know about tonight’s marquee match-up between Kevin Love and LaMarcus Aldridge, but the Timberwolves as a whole are an interesting team.

They started off well, going 5-2 in their first seven games which prompted reactions from many people that this collection of talent had finally figured it out.

For the past two seasons, the Timberwolves have been looked at as an up and coming team. But injuries all over the roster and more importantly to Love and Rubio had derailed that rise.

After their hot start, they’ve been an up and down team. The thing that had been dragging them down the most was their performance in close games.

While being 11th in the league in Net Rating (pace-adjusted point differential), the Timberwolves still find themselves on the outside of the playoff picture. Up until last night’s one-point win against the Golden State Warriors, the Timberwolves were 0-11 in close games.

Last night they were able to play solid defense on the final possession, getting the ball out of Stephen Curry’s hands after Kevin Martin hit a the go-ahead shot on a pass from Kevin Love with 8.4 seconds left.

Ricky Rubio, whose shooting has been notoriously bad this season, also hit a big fadeaway jumper in the final moments of the game.

There may just yet be hope for the bearded team up north.

Rubio is a pretty good defender for his position and can even switch over to guard two guards when needed because of his size. He’s struggled to shoot the ball but he still has some of the best courtvision and passing in the NBA.

Along with the Love-Aldridge match-up, the match-up between Nikola Pekovic and Robin Lopez should be a bruising battle. Pekovic is one of the most physical post-up players in the league, often using his broad frame to bulldoze defenders but still manages to have a deft touch around the basket.

On the wing, they have an interesting combo in the smooth shooting Kevin Martin (even though his shot may be the weirdest in the league it goes in) and the havoc-wreaking Corey Brewer. The Blazers will have to be especially diligent in transition with Brewer.

He’s been one of the best players in the league for several years when it comes to leaking out for fast break opportunities and Kevin Love is the best outlet passer in the league.

The Trail Blazers want this game and they respect the Timberwolves.

But it’s no doubting that as teams move further away from the halfway mark of the season and near the All-Star break that the Timberwolves–who find themselves 2.5 games back of the 8th spot in the West–are the ones who need this game the most.