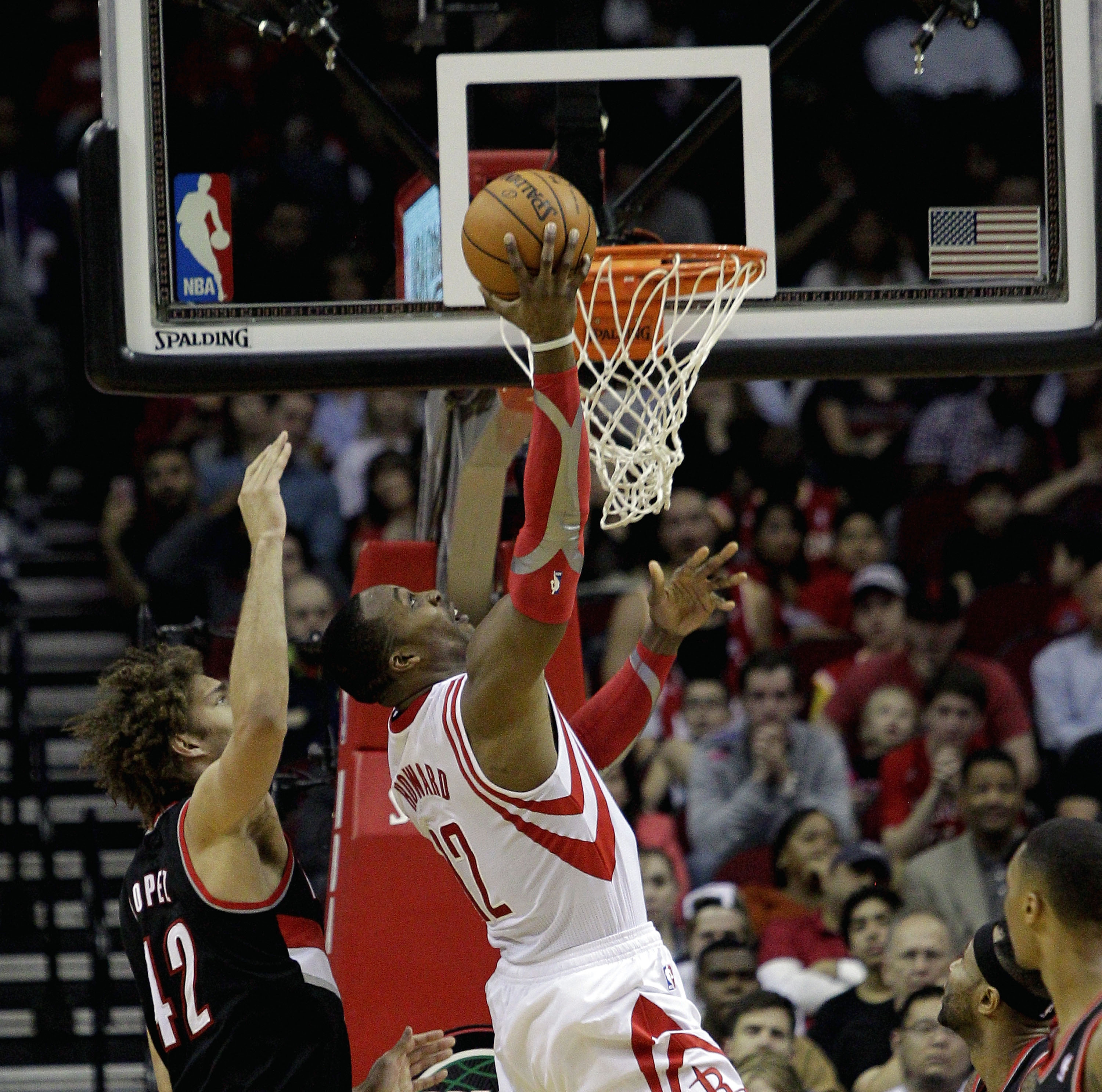 So remember that defense that was trending upward? Playing better than the league average for three games in a row including two games against top-five offenses?

Well, cherish the memories and store it in the “knowing what the team is capable of” file of the Trail Blazers season.

The Blazers did a solid job of containing what Houston wanted to do in the previous meeting. They forced them into tough midrange jumpers and contained the penetration.

Tonight, that didn’t happen as the Rockets got to the basket easily in the first half as they rode a big first half to a 126-113 win over the Blazers.

Even though Portland was better in the second half, they were never able to get consistent stops and pair it with shot making.

This is what Houston’s shot chart looked like after Stotts subbed out the starters and put in the reserves at the 3:41 mark. Houston got to the rim frequently and the Blazers defense should be held accountable for that. However, Houston does deserve credit for making a lot of shots, including shooting 71 percent from the usually inefficient area in the paint. The league average in the painted area outside of the restricted zone is 41 percent and the Rockets obliterated that.

The three-point shot was also key as the Rockets shot a whopping 33 times from behind the arc and made 48 percent of their attempts.

A little bit of everything hurt the Blazers defensively. The Rockets transition offense got them easy buckets and they also got their fair share of second chances. Altogether, the Rockets out-rebounded the Blazers 52-37.

LaMarcus Aldridge was a beast tonight on the boards. He didn’t have a great shooting night, going 11-for-26 but he grabbed 20 rebounds to go with 27 points. It was his third 20-20 game of the season, more such games than anybody in the NBA.

Damian Lillard finished with 21 points and five assists and had a pretty solid game as well. He didn’t shoot great but he made up for it, as he has done a lot this season, by getting to the free-throw line.

James Harden and Dwight Howard have hurt the Blazers before, but tonight it was Chandler Parsons. It seemed like nearly every attack at the basket by Chandler was successful and he also had his three-point shot going. Chandler finished with 31 points on 15 shots.

The Blazers didn’t have a bad game offensively but they did leave a few chances to really put the pressure on the Rockets. After going into halftime down by 15, they clawed back in the third quarter to get as close as six.

You can’t say this team gives up. With an important match-up against Oklahoma City and a chance to assure themselves of a win of the season series, Stotts decided to pump the breaks with under four minutes left.

The defense wasn’t there tonight and that had been a big reason for their success in the last three games of the five-game run.

Still, they head to Oklahoma City with an opportunity to end the road trip 3-1.

Good News: Nicolas Batum says he had another X-ray on his broken finger and nothing’s changed. The splint he has been wearing broke.

Nicolas Batum says he will try to get a new splint in time for OKC game tomorrow. If not, says he can’t play.