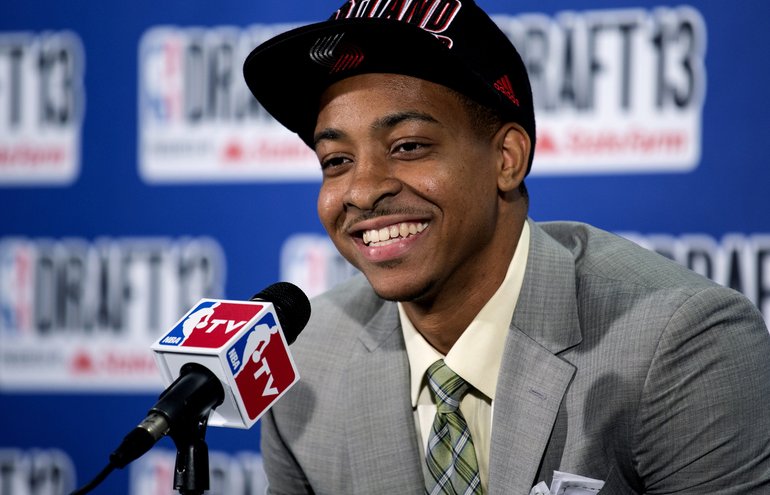 The team announced Wednesday that McCollum would be sent to Boise.

The team release did not indicate how long his stay in Idaho will be but that he will be on the court for the Stampede’s weekend double-header against the Rio Grande Valley Vipers on January 3rd and January 4th.

This weekend will be the first time McCollum plays in live game action this season as he broke the fifth metatarsal in his left foot on October 5th before he was able to play in the preseason.

McCollum has had a long road back and he had been ruled out indefinitely until today’s announcement. Although he had been practicing, there was no set return date. He has been traveling with the team as he has rehabbed and has been progressing, as he was cleared to play in five-on-five practice on December 20th.

The fifth metatarsal injury was the same bone that he broke in January of 2013 at Lehigh and McCollum said that he doesn’t know whether the two injuries are related. McCollum also said that there was significantly less pain involved with the most recent break.

McCollum also told media that he had a screw inserted in his foot after the first break but that the second break did not hurt the integrity of the screw.

Terry Stotts told media that McCollum had “looked good” and that he was moving and shooting well.

McCollum, the 10th pick in the 2013 draft, was the second-leading scorer in the Las Vegas Summer League averaging 21 points per game.

All D-League games can be seen live on the “nbadleague” YouTube channel.