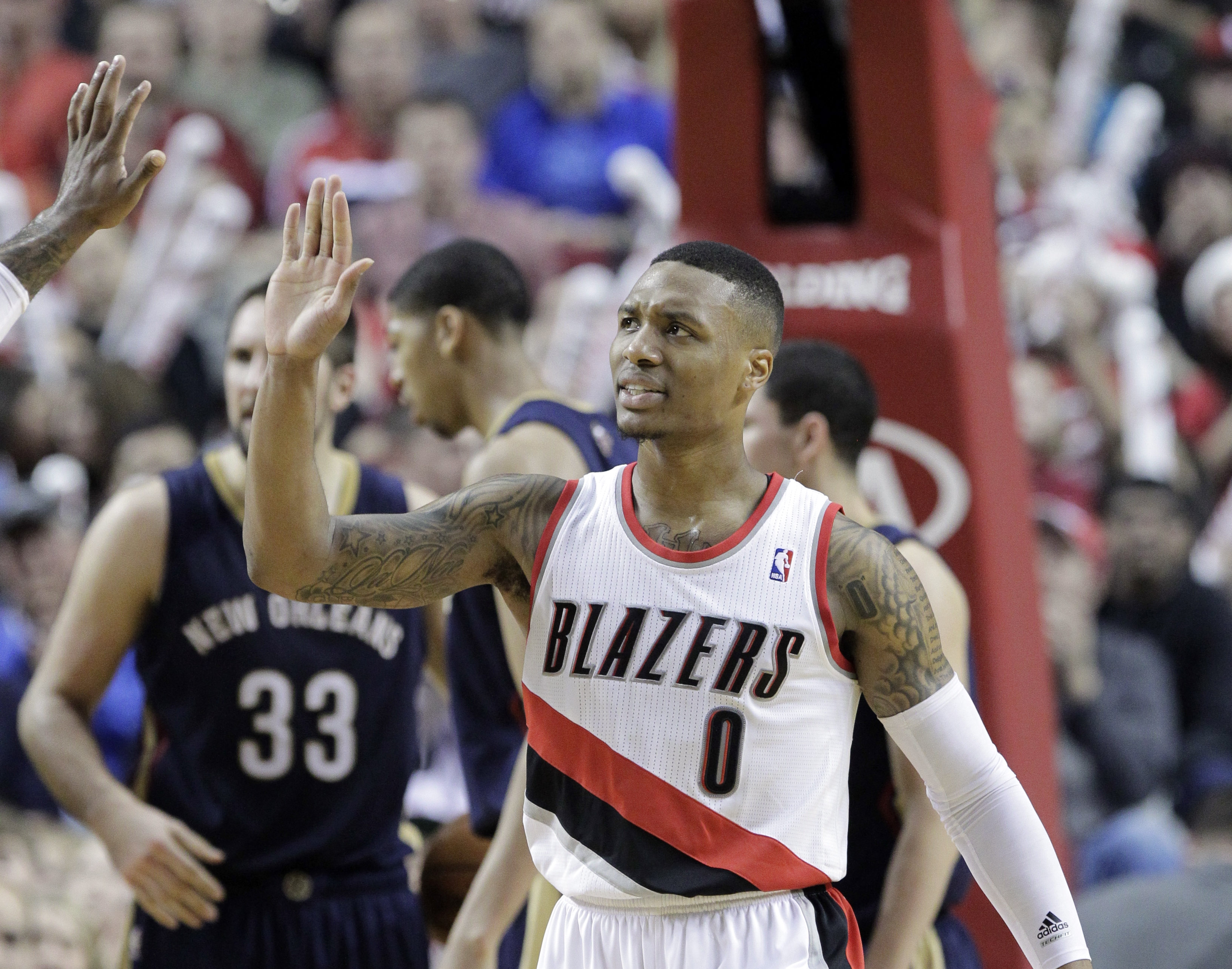 Here’s a sampling of where the Blazers are in the power rankings from around the NBA interwebs.

Clippers at home Thursday night. Heat at home Saturday night. OKC away on New Year’s Eve. If any Blazermaniacs out there are peeved about being excluded from Christmas Day festivities, what’s left on the schedule for the rest of 2013 will take care of the national attention they crave.

Coffee is for Damian.

Point guard Damian Lillard is averaging 23.8 points and 5.9 assists in December. Too bad the Blazers aren’t playing on Christmas.

Five golden rings. We couldn’t leave any of Portland’s starters out, who are the only five-man group to have started every game this season. We won’t speculate whether they’ll be receiving any other rings this year, but this group deserves something shiny for powering the Blazers’ sensational start.

Damian Lillard got tired of LaMarcus Aldridge hogging the spotlight, so he started hitting game-winners.

If the NBA had flex scheduling for Christmas, you can bet the Blazers would have made the cut. Only two games for Portland this week but they are tests: the Los Angeles Clippers and the Miami Heat. The good news is they catch both teams at home on the second night of a back-to-back.