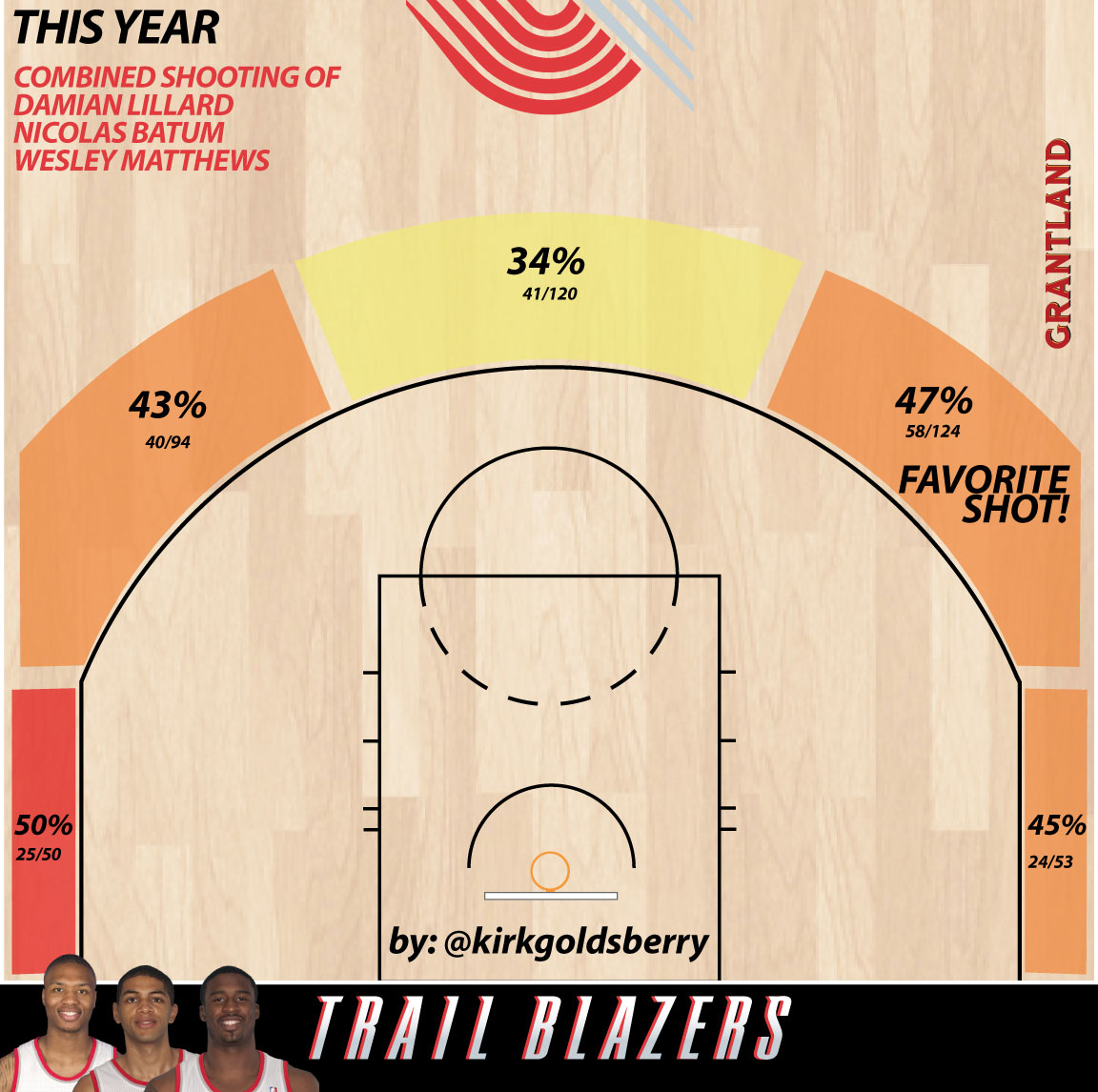 What happens when you get the NBA’s best record? Everybody wants to talk about you!

After Damian Lillard’s  shot last night, the site run by ESPN’s Bill Simmons, Grantland.com had a couple of pieces on the Blazers.

Kirk Goldsberry, the man of the very cool shot visualizations at Grantland brought his charting talents to analyze the Blazers.

Although Aldridge’s shooting numbers haven’t changed much since last year, almost everyone else’s have. The Blazers have three elite 3-point shooters now, and each of them has improved their efficiency since last year. Damian Lillard, Wesley Matthews, and Nicolas Batum are each in the top 10 in made 3s and each is shooting over 40 percent. Together, they form the most terrifying long-range scoring threat in the NBA. And yes, I am aware of, and impressed by, the Splash Brothers in Golden State.

Consider this: Klay Thompson and Steph Curry have combined to make 157 of their 368 3-pointers this season (43 percent); Lillard and Matthews have combined to make 143 of their 327 3s (44 percent). Add in Batum (not to mention Mo Williams), who’s made 58 treys himself, and you’ve got a trio of shooters unmatched anywhere in the league. Their combined numbers are scary, and as a result the Blazers make the most 3s per game of any team in the league despite being only fifth in attempts per game.