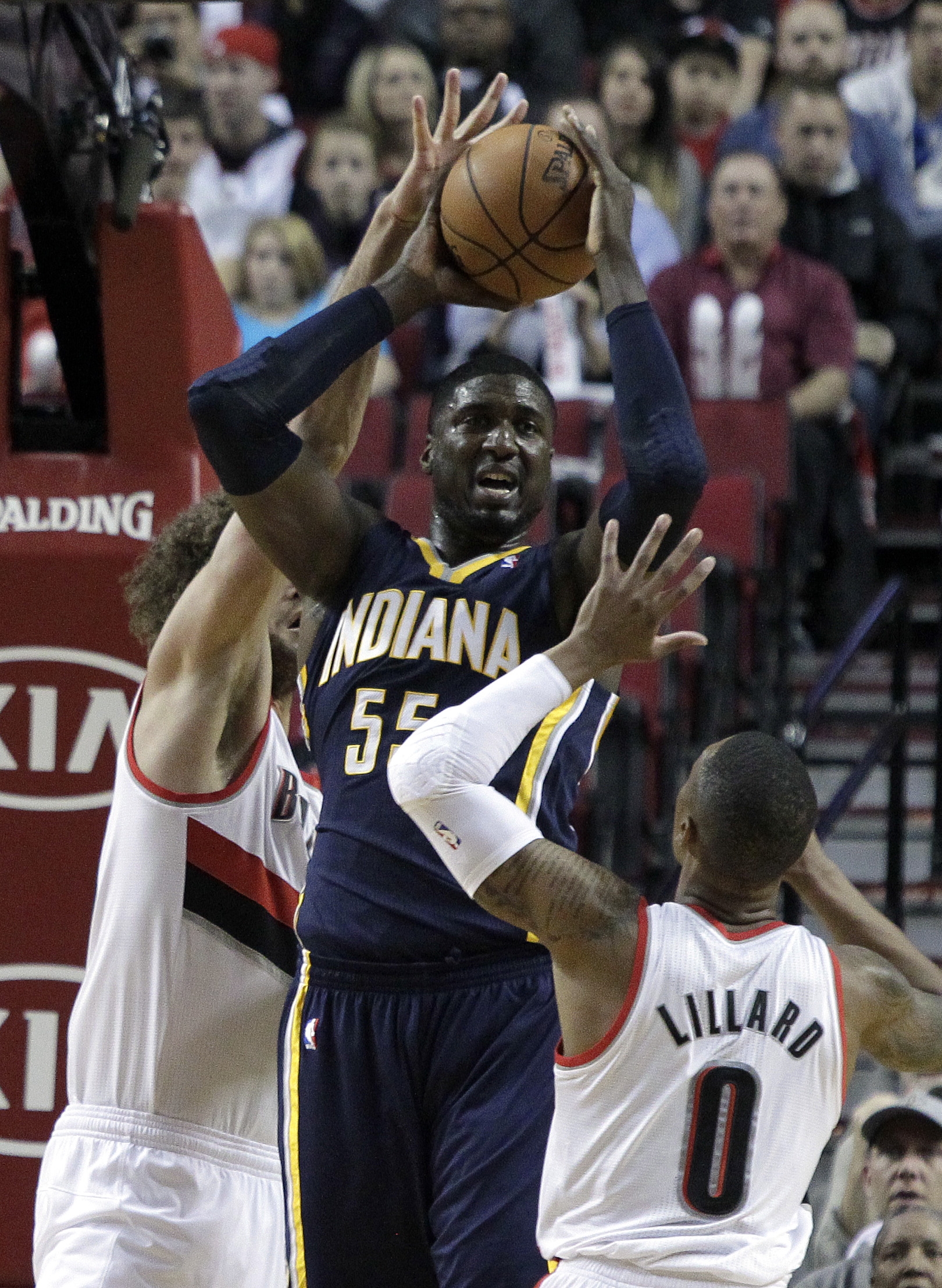 After a few hours and some time to look at the game-film, the Blazers returned to the practice facility Tuesday.

Head coach Terry Stotts said that their win last night was their most focused defensive effort of the season.

For Robin Lopez, he sees that the team can defend when they need to but it’s the mental aspect of being focused that is a key.

“I think we’ve done a better job of just being consistent on the defensive end. I think yesterday was our best defensive effort for 48 minutes. Just have to stay focused,” Lopez said.

Stotts was pleased last night about how his team stayed focused defensively and never caved in despite the big night from Indiana’s Paul George.

The Blazers have struggled in some areas, especially on being good on a possession-to-possession basis. Stotts feels like last night was a step forward in the right direction with regards to consistency.

Comfort in being “The Hunted”

Wesley Matthews was also asked about how the team’s veteran feel has helped the team stay more focused on tasks like being consistent.

He said that the veteran presence has helped but now that the Blazers are also feeling comfortable as a team other team’s are going to try and knock off.

Especially after the struggles to end the season last year, Matthews said it has given the team an appreciation for the moment they are in right now.

“We are just trying to keep our heads above water.”

Up next is an Oklahoma City Thunder team that can make the water rise very, very quickly.

Look for The Scouting Report on the Thunder before tomorrow’s game.