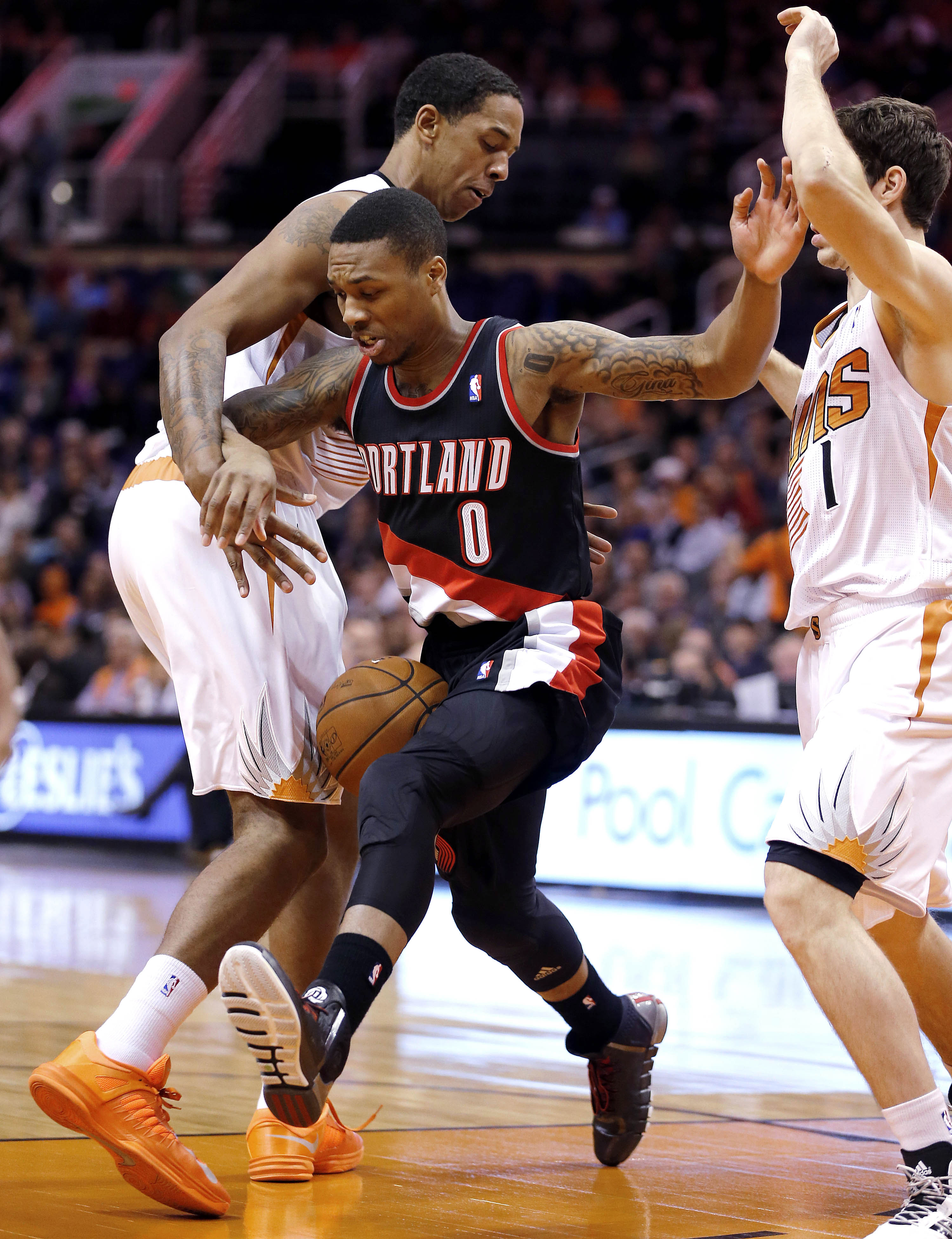 The Portland Trail Blazers winning streak came to an end at 11 games in Phoenix tonight as they lost to the Suns by the score of 120-106 on Wednesday.

The Blazers started out hot and looked like they were poised to get another win. The Suns didn’t have Eric Bledsoe, their point guard and all-around defensive stud, leading by as much as 16 in the first half.

What turned the tide was a 40-26 second quarter where the Suns tied the previous season-high set in Brooklyn. However, this high-scoring out put by the Suns was much more problematic. Whereas the Nets scored the majority of their points on midrange jumpers, the Suns got a ton of high-value shots. Mostly at the rim and the three-point line. The Suns second quarter shot chart. Green is bad for the Blazers.

The third quarter wasn’t a very encouraging start for the Blazers as the Suns jumped out to a 10-0 run to start the second half and the Blazers didn’t get their first basket until a Wesley Matthews three with 7:29 left. The Suns didn’t have Bledsoe but they still took away a lot of what the Blazers wanted to do, especially good three pointers.

The Suns did a good job collectively to run the Blazers off the three-point line. But while the second quarter was the worst Portland played on defense in a quarter, a lot of credit goes to the Suns for simply playing well.

Channing Frye(25) and Goran Dragic (31) both had huge games, combining for 56 points. On top of that, the Suns got solid contributions from their bench. Marcus and Markieff Morris combined for 34 points and gave the Suns an extra scoring punch.

The Blazers also did not defend the three-point line very well as they allowed the Suns to get 24 three-point attempts, eight more than the Blazers give up on a per game basis.

Additionally, the Suns couldn’t miss their long twos, shots Portland wants to force because of their low value. The Suns went 9/17 on their long-twos tonight, which is about 53 percent. The league average on those shots is about 41 percent.

So, while the Blazers second quarter opened the flood gates, the Suns shot with a lot of confidence and made a great deal of low-value, low-percentage looks that the Blazers are okay with.

The Blazers have tomorrow off from practice because of the Thanksgiving holiday and will get back to work on Friday in preparation for their game on Sunday in Los Angeles against the Lakers.

The ride and the winning streak is now over and it ended in very undramatic fashion.

The Suns, especially Dragic, always causes problems for the Blazers and the fact that Suns shot well above-average on shots Portland is okay with giving up in both visits by the Blazers isn’t something that should be held too strongly against the visitors from the Northwest.

The San Antonio Spurs lost in Oklahoma City tonight and now the two longest winning-streaks in the NBA are over. The Blazers still sit in second place in the Western Conference and are one game up on the Thunder for first place in the Northwest division.