Two candidates among those evacuated during Nakia Creek Fire 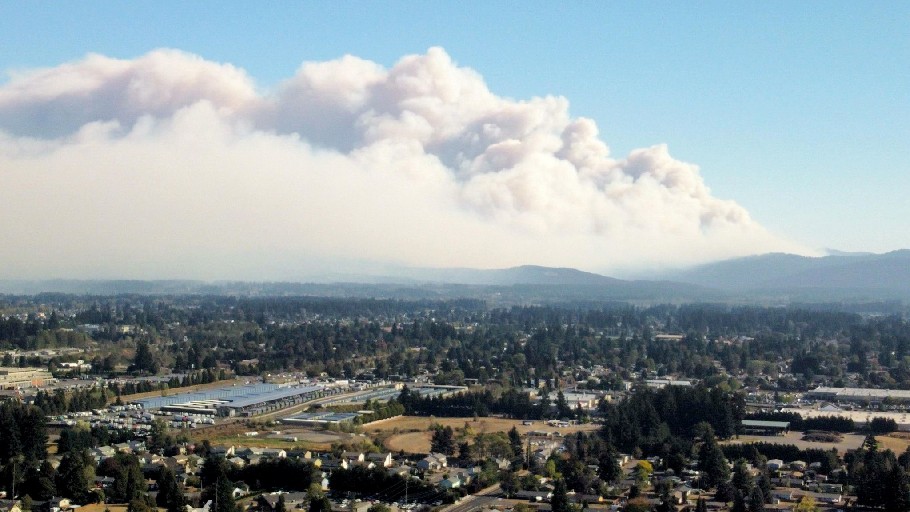 When the Nakia Creek Fire rapidly expanded last Sunday, two local candidates were among those that had to evacuate.
Joe Kear, the Democratic candidate for the 17th Legislative District position 2 seat, and Don Steinke, candidate for Clark Public Utilities board of commissioners found themselves having to make a hasty exit from their homes.

Kear said he and a friend were out putting up campaign signs when they noticed heavier smoke coming from the fire area. Kear said he quickly made his way home and began checking on neighbors while looking for updates on the evacuation zone.

“When the fire started, I started a text chain with all the people on my road,” Kear said. “People were saying it looked like the fire had gotten bigger but we’re not in the evacuation area.”

Kear said he thought he still had plenty of time but soon after received alerts from Skamania and Clark County to leave the area.

“I was in a hurry and didn’t even close my suitcase. I ran to the Jeep … and everything fell out on the driveway,” he said. “By the time I left, everyone else had evacuated.”

Kear said he wasn’t letting the fire interrupt his campaign and would still attend an political event in Stevenson Monday night.

“I don’t really have anything else to do,” he said with a laugh.

After receiving more than 100 well wishes on Facebook, Steinke posted a comment that the evacuation order had been downgraded less than 24 hours later and he was back home.

Although Kear originally said he hoped he could return home by Tuesday, he received a notice late Monday morning his area had been cleared to return, even if the air wasn’t.