No, Eileen Quiring is not moving to North Carolina 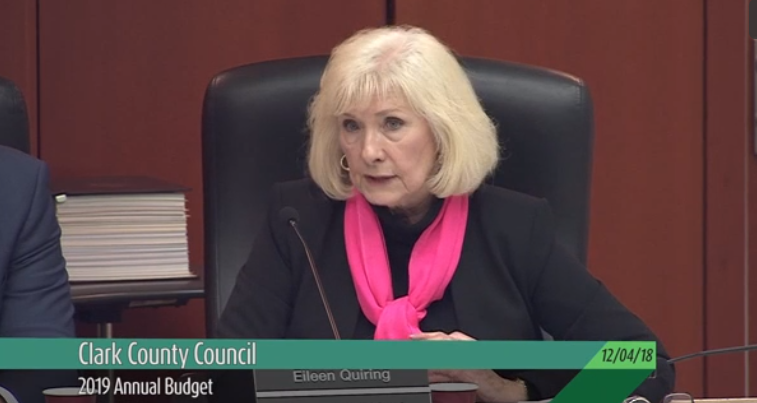 The Clark County Council chair is marrying someone from North Carolina. But unlike singer James Taylor, Carolina is not in her mind.

Earlier this month, Council Chair Eileen Quiring filed a marriage license with Timothy J. O’Brien of Cornelius, N.C. She confirmed Thursday, however, that she will remain in Clark County.

There had been no reason to believe that she was moving to the Tar Heel State, but it was worth double-checking that the county’s top political figure was not leaving (especially considering the internet landscape).

“Tim will be moving here to Clark County so you can dispel all rumors,” Quiring said in a text message.

Quiring is serving a four-year term after her election in November 2018.