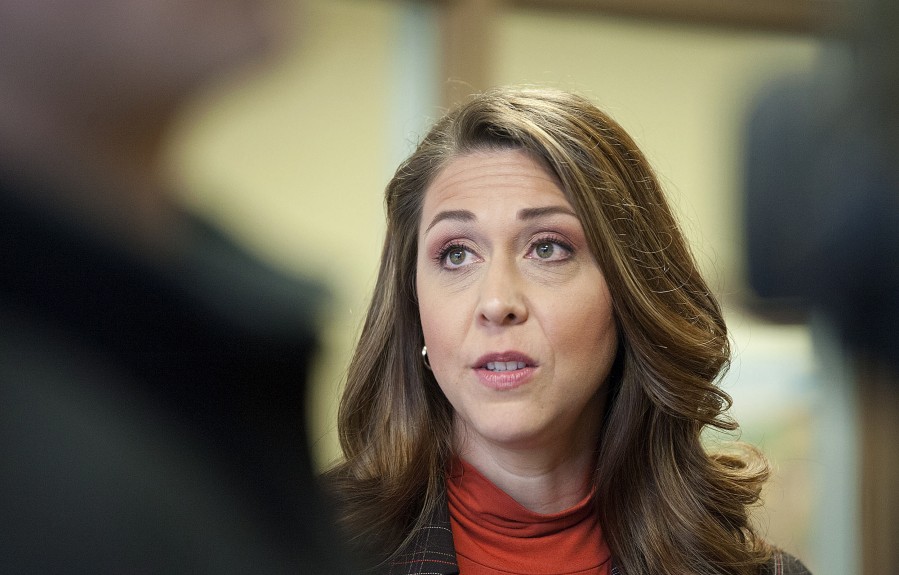 Rep. Jaime Herrera Beutler has said in the past she’s against Initiative 1631 because it would stifle the economy. But during a chat on a conservative radio show last week, Herrera Beutler took her view on the initiative to the next level.

A quick refresher: Initiative 1631 is on the November ballot in Washington. It would require major carbon polluters, like fossil-fuel companies, to pay $15 per ton of carbon dioxide released into the atmosphere. The fee would increase $2 each year until 2035 when the legislature could either cap the fee or vote to continue increasing it annually. If passed by voters, it would be the first carbon tax in the U.S. of its kind and generate about $2.2 billion in the first five years. That money would be used to fund projects that accelerate Washington’s shift away from fossil fuels, which could include public-transit development and new wind or solar power plants.

What this initiative does not do is create a gas tax, which Herrera Beutler focused on during her interview. She said the initiative would create a tax of 15 cents per gallon that would go up to 43 cents.

Those estimates likely come from the Washington Policy Center, which included the figures in its analysis of the proposal. However, despite the Washington Policy Center billing itself as a non-partisan think tank, it’s known as a right-wing organization. The center is associated conservative advocacy groups including the American Legislative Exchange Council and the State Policy Network.

According to Lauren McCloy, a policy adviser for Gov. Jay Inslee, gas prices could rise between 6 and 9 percent as a result of the carbon tax. With gas prices of about $3.50 a gallon at the moment, the price at the pump could increase between 21 and 32 cents per gallon according to estimates. But that’s assuming the carbon fee is passed on directly to consumers, which is likely but certainly not a guarantee.

Continuing the discussion against Initiative 1631, Herrera Beutler described the proposal as part of an “ultra-liberal agenda” and doubled down on her belief that at its core, the carbon tax is designed to prevent Washington residents from driving rather than attempt to impact climate change.

“I’m going to fight this tooth and nail,” she said.