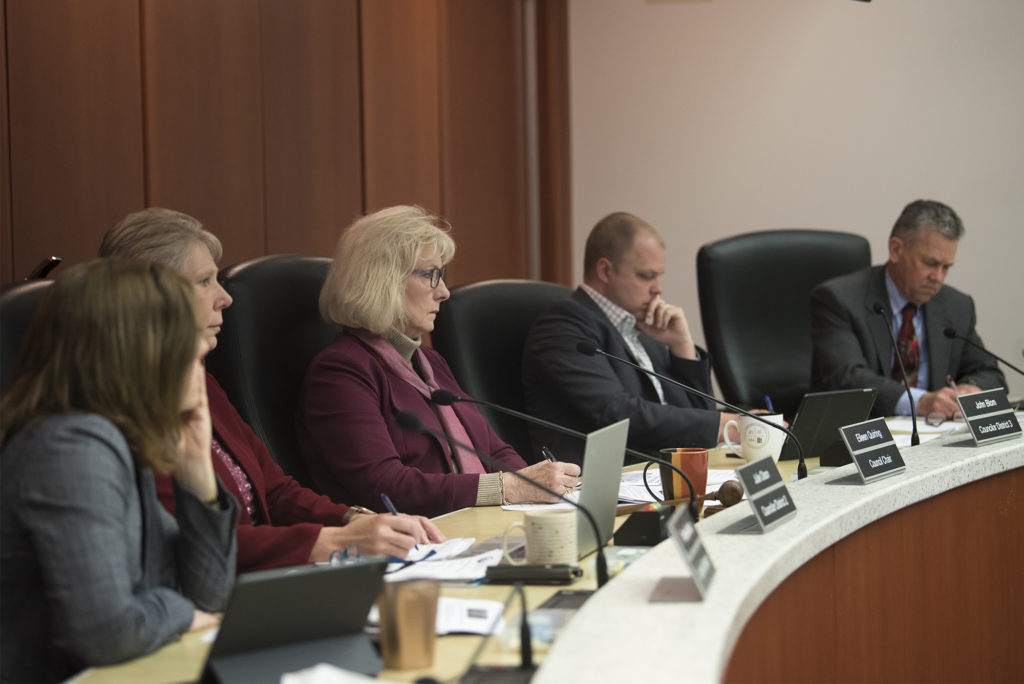 It seems Clark County’s council members are no strangers to conflict during council meetings. Lately though, meetings have veered into open hostility.

An exchange between three council members during the Dec. 1 meeting to review Community Planning’s 2022 work plan provides a prime example.

While discussing the inclusion of updates to the Columbia River Gorge management plan, Councilor Medvigy noted the council had still not received a full detailing of the changes proposed nor an explanation for the county planning commission’s objections.

After several minutes, and with the conversation moving on to other topics, Councilor Julie Olson tried to bring the meeting back on track.

“I want to make sure stay on task here. This is just part of the work plan,” Olson said.

She was quickly shut down by Council Chair Eileen Quiring O’Brien.

“We are wholly aware that this is the work plan. We’re interrupting it and asking questions during the work plan … because we need to approve it. We have questions about it, Ms. Olson. Thank you,” Quiring O’Brien said with irritation.

Quiring O’Brien also told Olson if she would “like to provide whatever you learned at the work session” to the council, they would be happy to listen.

“Well, I’ll go ahead and look it up while you guys are arguing about this topic that is a waste of time,” Olson responded, clearly agitated.

Councilor Temple Lentz also tried to intercede by raising a point of order. Lentz also noted the meeting was intended to discuss the work plan, not the specific details of an ordinance for the gorge management plan.

“If we need to have a separate work session about this gorge area ordinance, then I suggest we do so. But if we could stay on track so we finish talking about the (work) plan, that would be fantastic,” Lentz said.

Lentz was also quickly shut down by Quiring O’Brien, who again stated it was the right time for the questions.

When Lentz tried to again request a point of order, the frustration between the two boiled over.

The council meetings are often divided into two camps – with Quiring O’Brien, Bowerman and Medvigy on one side and Olson and Lentz on the other.

This division also mirrors how the council tends to vote on ordinances, resolutions and other matters that come before it. Votes from Quiring O’Brien, Medvigy and Bowerman rarely differ among them. Lentz and Olson sometimes vote the same, but at other times their votes disagree.

You can’t blame partisan politics for the friction either. Olson — like Bowerman, Medvigy and Quiring O’Brien — is a Republican. Lentz is the lone voice for Democrats in the county.

It’s unclear where the friction between the council members stems from, but it’s clear it’s affecting their ability to work collaboratively.