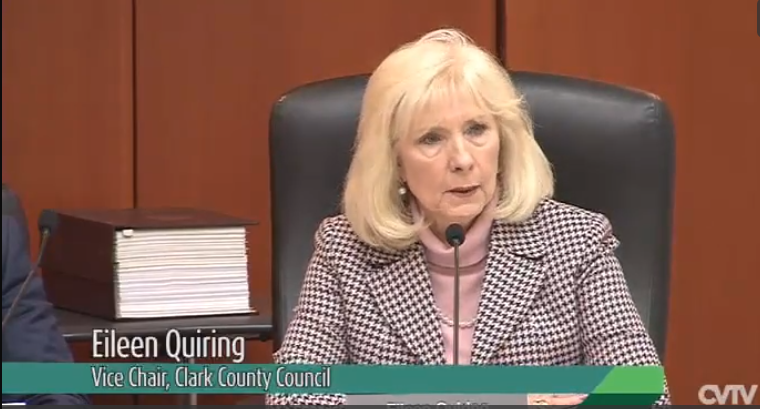 It seems Clark County Council Chair Eileen Quiring O’Brien’s ire isn’t solely for her fellow council members. O’Brien recently traded pointed barbs with Ed Hamilton, president of the Southwest Washington League of United Latin American Citizens.
Last week, Hamilton sent an email to Quiring O’Brien with concerns about a proposed mini-initiative the council has scheduled for a public hearing on Feb. 1. The initiative asks the council to pass an ordinance prohibiting “all discriminatory mandates” within the county and is specifically aimed at vaccine and mask mandates.
The ordinance also states, “no business, government agency, educational institution, public, health related, religious, corporate or private organization that operates on land within Clark County will be allowed to discriminate” or risk fines and penalties such as denial of land use and other permits.
“I have concerns over the mini-initiative and legal challenges taken on at the state level regarding vaccine mandates and mask requirements. I understand everyone has a right to their opinions. I also know that we, as citizens of this planet, also have the right to our own health and when it is challenged by others that it goes against our right to life, liberty and the pursuit of happiness, a foundation of life for all,” Hamilton wrote in his email.
“I have watched for over a year how misinformation and righteous indignation has plagued our county and our state. I realize I cannot control what belief systems others have; but to attack science and medicine in the way you and the ‘anti-vaxxers’ are attacking hospitals, our chief medical officer, Dr. Alan Melnick, and frankly anyone who disagrees is beyond First Amendment claims that are being made,” he said.
Quiring O’Brien raised eyebrows during the council’s Jan. 12 meeting when she said hospital policy seems to be to “do nothing” for COVID patients except “put you in a bed.” She also continued to call for information on alternative COVID therapeutics to be posted on the Clark County Public Health website in addition to information on vaccine and monoclonal antibody treatments.
Hamilton also said Quiring O’Brien had gone beyond her position on the council to support and defend misinformation.
“I believe you and the county council must do the just and right thing and dismiss this initiative as the false pretense it is,” Hamilton wrote.
Hamilton’s comments didn’t go over well. In a response that followed two days later, Quiring O’Brien said: “Your tortured reasoning, your opinions and your scolding regarding my dissemination of information – NOT disinformation and certainly NOT LIES, miss the mark completely.”
“Painting me and others who reject tyranny with a broad brush and calling them names like anti-vaxxers is just an infantile form of falsely labeling people to disparage them,” she added.
She also said residents who do not want what she called “this experimental shot” demand a choice when it comes to putting something into their bodies. (The vaccines are FDA approved and not experimental.)
The public hearing on the proposed ordinance begins at 6 p.m. on Feb. 1. and will be held virtually. For details and an agenda, go to https://bit.ly/3rLELFg.
— Shari Phiel