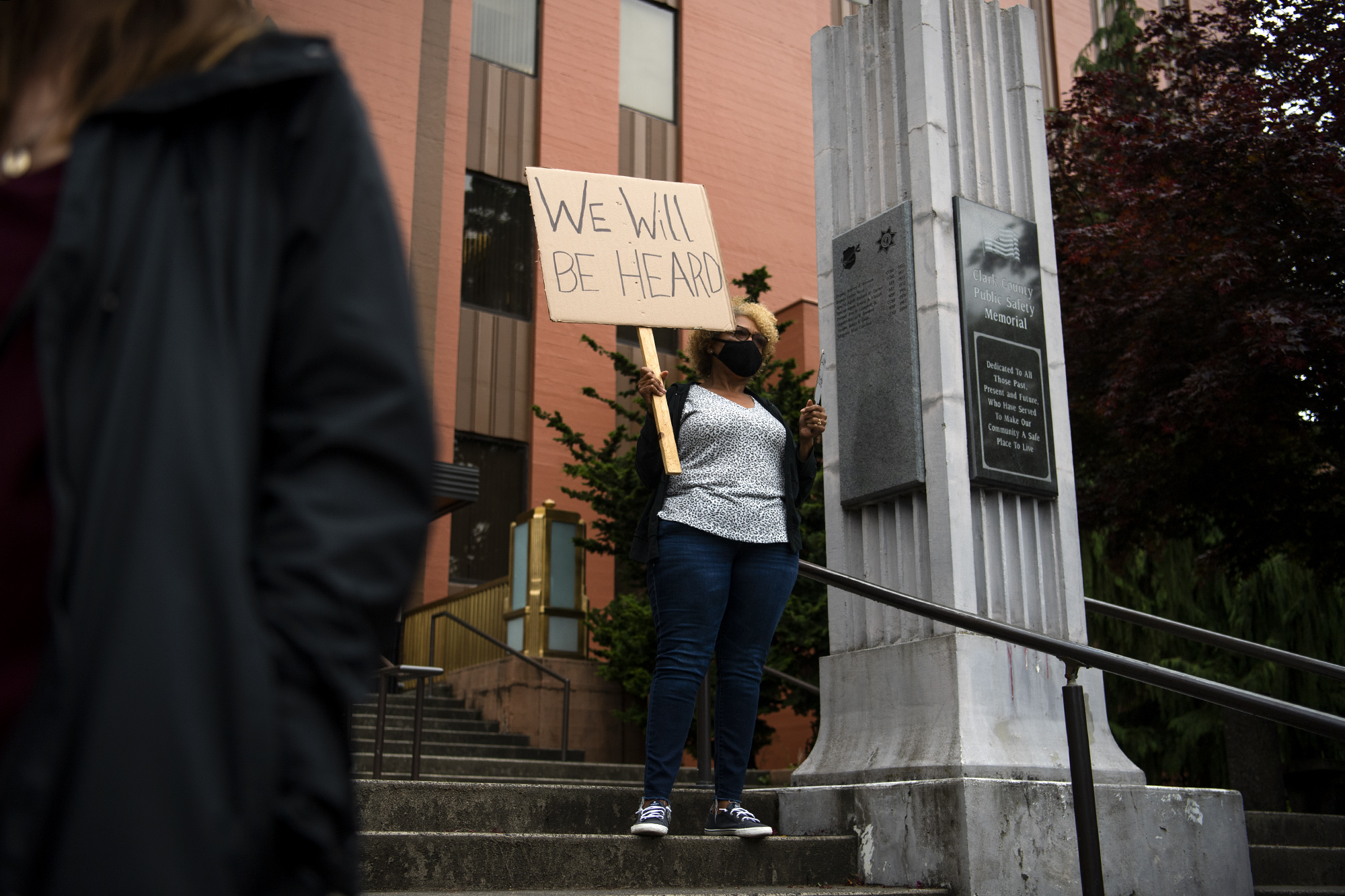 The Clark County Council on Tuesday approved a resolution that recognizes systemic racism and injustice in the county.

The resolution comes after weeks of protests sparked largely by the death of George Floyd while in Minneapolis Police Department custody, along with several other deaths of unarmed Black individuals during contacts with police. Several protests have taken place in Clark County.

“We encourage all to consider inherent biases and racism, and work to eliminate these from our hearts and minds,” the resolution reads. “Additionally, this council commits itself to be deliberate and intentional in its efforts to engage the community in constructive, honest, and substantive dialogue to better understand where inequities exist and to adopt policies to eliminate them. These actions must be concrete and intended to bring about real change, and we will consistently measure our success or failure to bring it about.”

The resolution called the deaths of Floyd, Manuel Ellis, Breonna Taylor, Ahmaud Arbery and others “shocking and upsetting.” Councilors expressed support for peaceful protests, saying that they are, “bringing about much-needed discussions on the role of law enforcement and the pervasiveness of systemic racism in our country.”