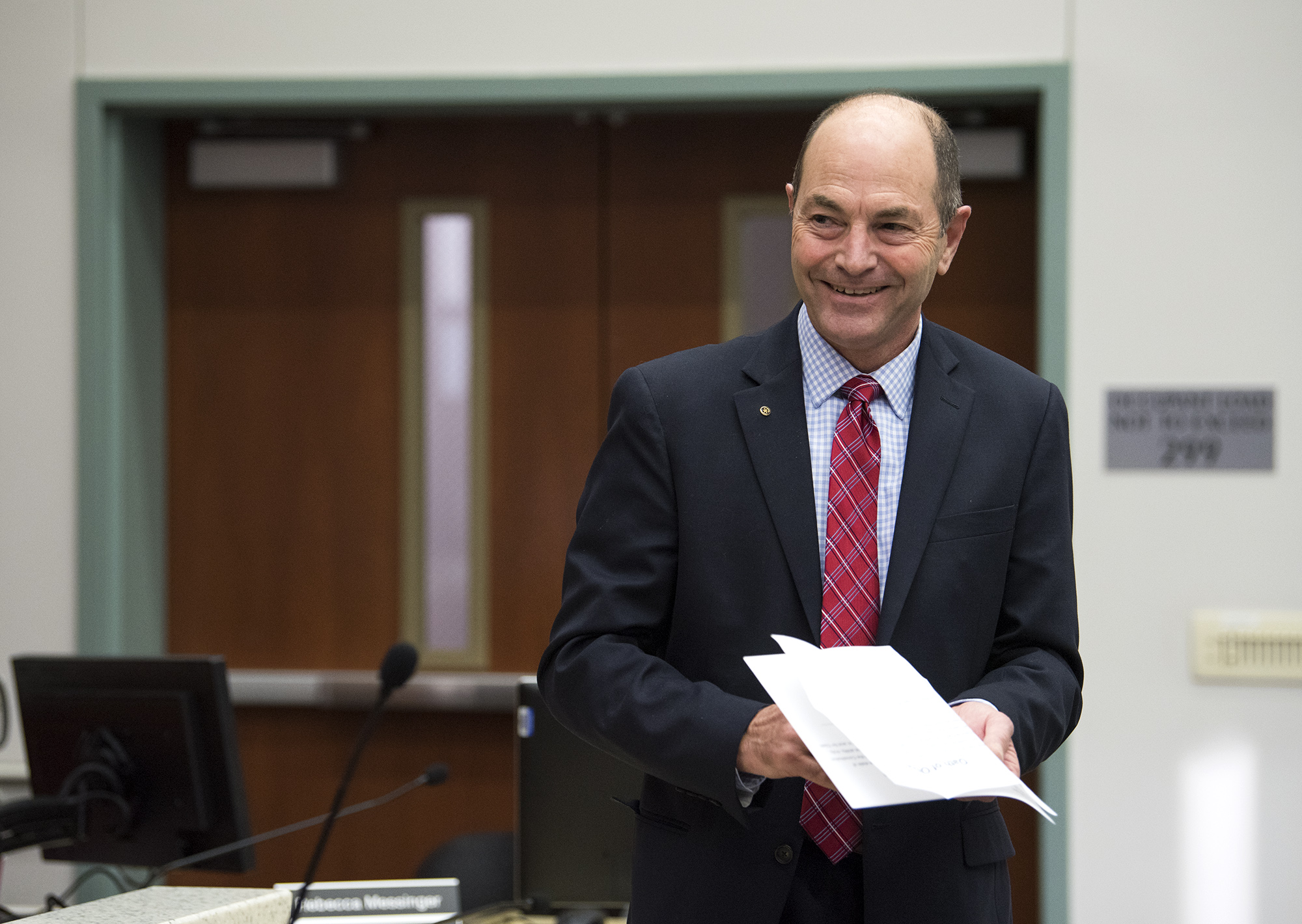 Clark County Charter Review commissioners heard input this week from the man in charge of placing their recommendations on the ballot.

County Auditor Greg Kimsey chimed in during the commission meeting Wednesday. He made two recommendations.

The commission has discussed whether elected county positions should be non-partisan.

Kimsey, who ran as a Republican in his most recent re-election campaign, said he wanted to “urge” the commission to submit one ballot question regarding county councilors and another regarding other elected positions — the county auditor, treasurer, assessor, clerk, sheriff and prosecuting attorney. He said that he has held “extensive” discussions with elections staff about the subject.

“I’m concerned that, if those are combined … that would be confusing for voters,” Kimsey said.

“If the questions are combined the way I described, (voters) won’t have that option,” Kimsey said.

Commissioners also have discussed changing the county’s redistricting process. Kimsey advised that the process should begin with current district maps, rather than starting from scratch.

The 15-member commission is conducting the first review of the county’s 22-page home rule charter, which voters approved in November 2014.  Kimsey’s office would receive any recommended changes and place them on a future general election ballot.

Commissioners have set a July 7 target date to submit the changes prior to the Nov. 2 general election.