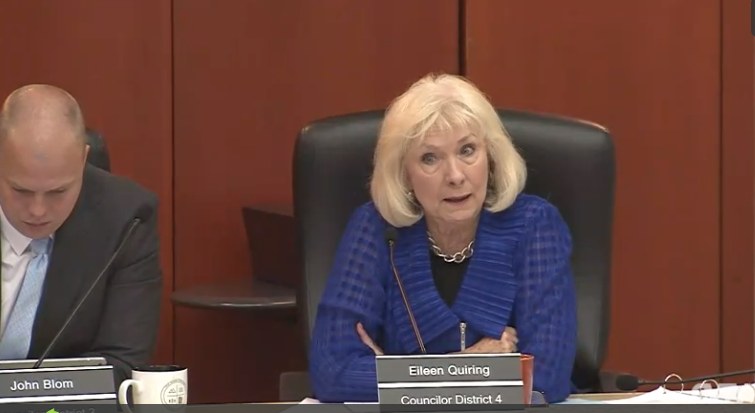 In an interview Friday, Charter Review Commission co-chair Chuck Green said he was not only disappointed by the council members’ comments but noted the commission would have needed psychic abilities to achieve what they’re being accused of.

That’s because the map sent to voters in November is essentially unchanged from the 2014 five-district map created by the Freeholders, who helped create the county’s Home Rule Charter passed in 2015, Green said.

In a post on Facebook, Green said, “The Freeholder map was produced almost three years before Eileen Quiring O’Brien was elected to the council, four years before Gary Medvigy and over six years before Karen Bowerman. Was the 2014 map alternative predicting who was going to be in office years later? Can one ‘pre-gerrymander’?”

Had the commission taken steps to ensure each of the sitting council members stayed in their districts, that would have been gerrymandering, Green noted.

“There was nothing political or partisan involved in how that map was arrived at,” Green said.

Green said the Charter Review Commission has offered to provide any background information, context or any other information to both the redistricting committee and county council but neither has taken them up on that offer.

Despite Councilor Julie Olson’s caution against making unproven or unsubstantiated claims, Quiring O’Brien doubled down and repeated her statement adding the existence of the district maps approved by voters was proof enough.

The county council will revisit the redistricting debate during a work session at 10:30 a.m. on Tuesday.