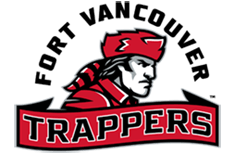 Shane Schoeneberg served as Fort Vancouver head coach for baseball for one year.

He never got the chance to lead the Trappers in a game. After serving one season as an assistant coach, Schoeneberg was promoted to succeed Owen Frasier as Fort’s baseball coach in June of last year.

Last spring, his first season at the helm of the Trappers’ program was wiped out by the COVID-19 pandemic.

On Tuesday, Schoeneberg announced that he was leaving Fort to take a teaching and coaching position in Tok, Alaska, located 200 miles southeast of Fairbanks and about 80 miles west of Alaska’s border with Canada.

“I just wanted to reach out and thank (Fort Vancouver High) and (Fort athletics) for allowing me to be part of their family the last two years,” Schoeneberg tweeted Tuesday. “I very much have enjoyed working with the great staff and students and the relationships that I have built. I will always have love for Fort.”

Before coming to Fort, Schoeneberg has worked as an assistant baseball coach at Valley City State, Williston State College, also in North Dakota, and Eastern University in Pennsylvania.