Vancouver Mayor Anne McEnerny-Ogle is concerned about “squishy language” included in a new email and social media policy governing the council. McEnerny-Ogle wanted the policy to mandate that councilors keep their personal business separate from city business. This could mean asking councilors to carry two phones, as Councilor Ty Stober pointed out. “I have two […]

Long may debate herself in League of Women Voters event

Carolyn Long announced a debate hosted by the League of Women Voters of Clark County for 3rd Congressional District candidates today. But it looks like she will be the only candidate in attendance. According to Rep. Jaime Herrera Beutler’s spokeswoman Angeline Riesterer, the congresswoman cannot attend. “This event unfortunately doesn’t work in Jaime’s schedule, though […]

What do Washington’s leaders think of giving teachers guns?

Earlier this week news broke that the Education Department headed by Secretary Betsy DeVos is considering giving states the ability to use federal funding to purchase guns for teachers. The department is reportedly looking at the Student Support and Academic Enrichment grant program to fund firearm purchases as the fund does not specifically prohibit such […]

The race for Washington’s 3rd Congressional District is garnering more national attention. Democrat Carolyn Long, who’s trying to unseat Rep. Jaime Herrera Beutler, R-Battle Ground, has racked up another national endorsement. Long is one of nine women trying to unseat a Republican to earn the endorsement of the Daily Kos, a blog and internet forum […]

Following the resignation of Stacie Jesser, the Clark County Republican Women were in need of a new president. The organization found its new leader in Brook Pell, who previously served as first vice president. Pell most recently served as the campaign manager for Port Commission candidate Kris Greene in 2017. Greene’s campaign was marked with […] 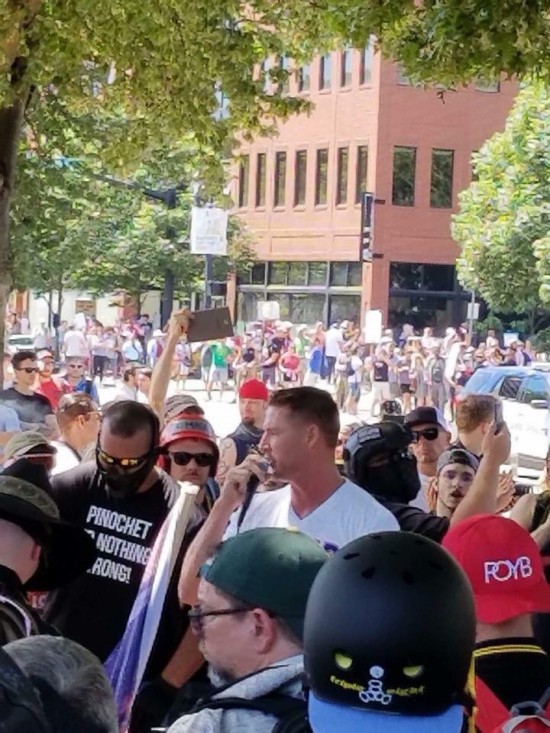 U.S. Senate candidate and leader of right-wing provocateur group Patriot Prayer Joey Gibson organized what he called a “freedom rally” touting his campaign in advance of Tuesday’s primary. Thousands attended the Saturday rally in Portland that ended with flash-bang grenades and reports of several injuries. Among the subsets of Patriot Prayer members, Proud Boys and counter-protesters […]

Most would agree Martin Hash is not the typical candidate. He frequently refers to his pedigree as “the only-ever simultaneously licensed doctor, lawyer, accountant and engineer in the world,” when answering questions about issues facing Southwest Washington and prefers to debate on Facebook rather than hold traditional town halls. Hash is running as a Democrat […]

Is Michael Cortney a closeted Democrat?

During the Columbian’s Editorial Board interview, 3rd Congressional District candidate Dorothy Gasque, a Democrat, said if she couldn’t vote for herself, she’d vote for Michael Cortney. Cortney is running as a Republican, but as Gasque (who campaigned for Bernie Sanders in 2016 and was a Democratic National Convention delegate) noted, his views most closely align with […]

I’ll be writing more about the race for U.S. Senate after the primary election, but for those interested in campaign finance, let’s take a quick look at Sen. Maria Cantwell’s latest quarterly Federal Election Commission filing. Washington’s Democratic senator raised $1,164,048 between April 1 and June 30 this year. To date, she’s raised $8,985,668. Of […]